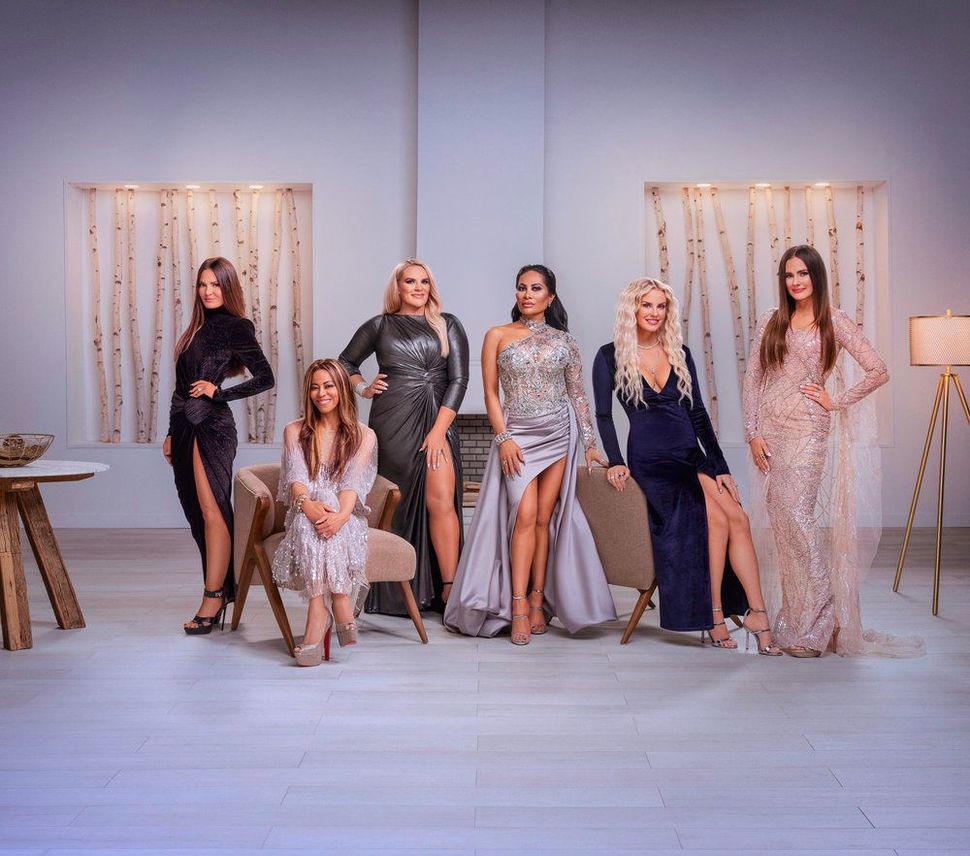 Smiling with your whole face is overrated. Image by Chad Kirkland/Bravo

“The Real Housewives of Salt Lake City” chronicles the lives of a small subset of plastic-surgery prone women in the capital of the Mormon world. It may not seem like a very Jewish show, but there’s only one word to describe our feelings about it: dayenu.

It would have been enough to watch one housewife, Mary, start what looks as if it will be a season-defining fight by telling another cast member she “smells like hospital.” But on top of that, we also get to enjoy the extremely weird fact that she’s married to her former step-grandfather. It would have been enough to see Jen, in a quasi-religious stab at sex education, warn her teenage son that he can get AIDS from kissing a girl. But we also get to accompany her when she gets Botox injected in her armpits to prevent sweating. (Spoiler: it doesn’t work.) It would have been enough to hear about Whitney being excommunicated from the Mormon church. (Her crime: a torrid affair with a married boss 18 years her senior). But this revelation is especially delicious given the fact that she’s a direct descendant of Shadrach Roundy, a neck beard-sporting Mormon patriarch who (we’re just guessing) would have frowned mightily on such conduct.

And it would have been enough to watch this drama (or lack thereof) play out among women of any creed. But in the first “Real Housewives” offshoot to tackle religion head-on, they tossed us two Jews.

In the world conjured by this newest addition to the reality TV empire, which premieres Nov. 11, physical perfection is a spiritual mandate. Scandals arise due to the consumption of alcohol or decades-old violations of the honor code at Brigham Young University. Much of the show’s tension arises from the housewives’ attempts to provide what the show needs — disparaging commentary, spicy marital conflict, cocktails dashed against designer dresses — without giving anyone else the chance to accuse them of unbecoming conduct.

But not everyone playing this game is actually a Latter-Day Saint. One housewife is Pentecostal, while another is converting to Islam after marrying a Black man and learning of the church’s racist history. Aside from the disgraced Whitney, another Mormon, Heather, is in dubious standing because of her divorce.

Then there are the Jews.

First, there’s Meredith Marks. Basically, if you asked Marjorie Taylor Greene to describe the “globalists” she’s constantly tweeting about, you’d end up with this woman. A recent transplant to Salt Lake City from “Chicawgo,” her major-American-city origins are evidenced by her lip fillers, which are slightly subtler than everyone else’s. Not quite a housewife, she spends her time purchasing high-heeled hiking boots, hawking $10,000 bangles to a “large celebrity following” and attending parties in the company of her adult son, who is one of multiple offspring on the show named Brooks. We predict confidently that the requisite relationship drama will come from her atrocious husband, Seth: Who wouldn’t want to have a televised spat with a nebbishy man who marches around in saggy khakis, yet confidently dispenses such aphorisms as “You can never have too much wealth or too much sex?”

Then there’s Lisa Barlow, who was born Jewish but converted to Mormonism with her family as a child. Now, she calls herself “Mormon 2.0,” a descriptor seemingly invented to square her religious observance with the fact that she owns three tequila companies. She spends most of her time disparaging other housewives as “good-time girls” (apparently, not a compliment in Salt Lake City). Had she been raised Jewish, Lisa would have undoubtedly gotten drunk at her bat mitzvah and left a trail of socially-traumatized Hebrew school classmates in her wake. Despite that, we have to respect her unblushing admission that she feeds her kids Taco Bell drive-thru fare for breakfast every morning. Given that most of us watch “Real Housewives” with the express purpose of judging other women, this may be the bravest thing any cast member does. 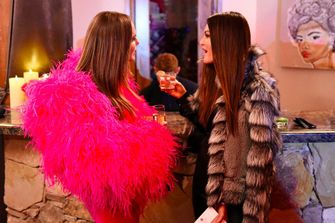 Capitalizing on our prurient interest in insular, minority religions, “The Real Housewives of Salt Lake City” bills itself as an exploration of Mormon foibles. In particular, it characterizes Mormon women as uniquely invested in the superficial perfection of their bodies. Heather, who owns a med-spa, remarks that opening her business was like “putting your hand in a river of money, because attaining perfection is a Mormon pastime.” She’s not the first person to make an argument like that: Journalists have attributed the high proportion of aspirational Mormon lifestyle bloggers to a cultural emphasis on physical beauty.

But it’s also difficult to take the show at its word. In part, that’s because treating the cherry-picked vignettes captured by “Real Housewives” producers as a sociological investigation is akin to presenting footage of uber-wealthy bar mitzvah boys drooling over Nicki Minaj as a nuanced portrait of American Jewry. More important, the one thing that unites the housewives across all creeds is their shared pursuit of physical perfection — defined, extremely narrowly, as the ability to credibly shave 10 years off their age. The one thing everyone here can agree upon is the importance of surgically altering the skin over one’s kneecaps.

Meredith and Lisa may continue in the “Real Housewives’” storied tradition of confirming clichés about Jewish women. But, at least by implicating themselves, they’re helping to exonerate their Mormon sisters from the stereotypes the show imposes.