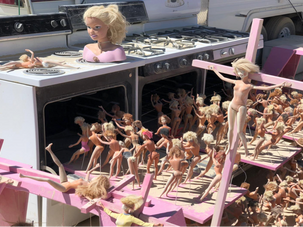 The sign proclaims “Arbeit Macht Plastic Frei,” a reference to the sign above the Auschwitz concentration camp gates. 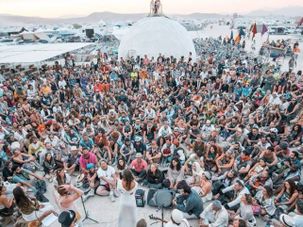 Usually, I shower for Shabbat. In fact, I usually shower every day. 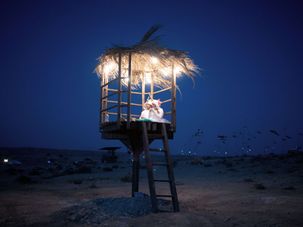 Want to See What Israel's Burning Man Looks Like?

Israel held its own version of Burning Man, called ‘Midburn,’ for the second year in a row. And judging by these photos it was a resounding success. 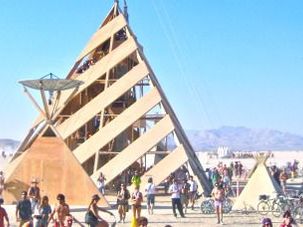 An Israeli court has ordered Beersheba police to allow the Israeli version of the Burning Man festival to take place.

A Jewish-themed camp brought a sukkah and ‘burn mitzvah’ to the sprawling Burning Man Fest in Nevada. There’s also a rapping rabbi and a Jewish Mother Booth.