“Ms. DuVernay does not define me,” Fairstein said in her own defense, “and her film does not speak the truth.” 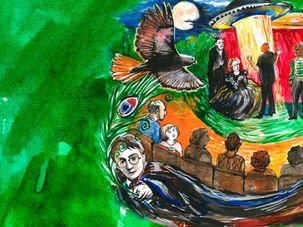 ‘Cymbeline,’ now playing at the Public Theater, is known as one of Shakespeare’s most complicated plays. But is it too difficult for a 10-year old? Adam Langer discovers just how relatable the Bard can be. 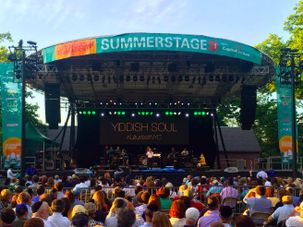 Lipa Schmeltzer led a parade of cantorial and Hasidic music stars into Central Park. ‘When I say, ‘Oy,’ you say ‘Vey,’ he rapped, as the crowd roared back. 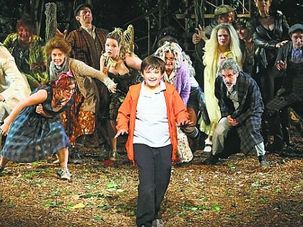 Into the Wondrous 'Woods' Again

The sky turns orange above Central Park. Wendy Salinger writes of being inside one of the city’s greatest works of art, waiting to see another: the revival of Stephen Sondheim’s ‘Into the Woods.’ 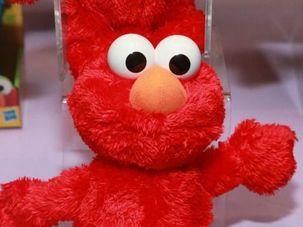 A man in an Elmo costume was ejected from Central Park and hospitalized after going on an anti-Semitic rant in the middle of the New York landmark.

Politics and Music Mix After Parade

Politics and music mixed as easily as kosher hot dogs and Israeli flags on June 3 at the Celebrate Israel Concert in New York’s Central Park, an informal conservative-tinged afterparty to the annual parade down Fifth Ave.