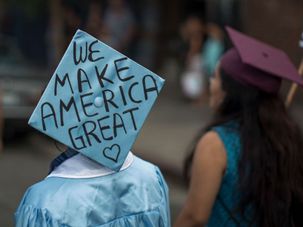 Maria’s family sought refuge from the incessant violence of Columbia’s drug wars - and a trip to the Holocaust museum empowered her to talk about it.