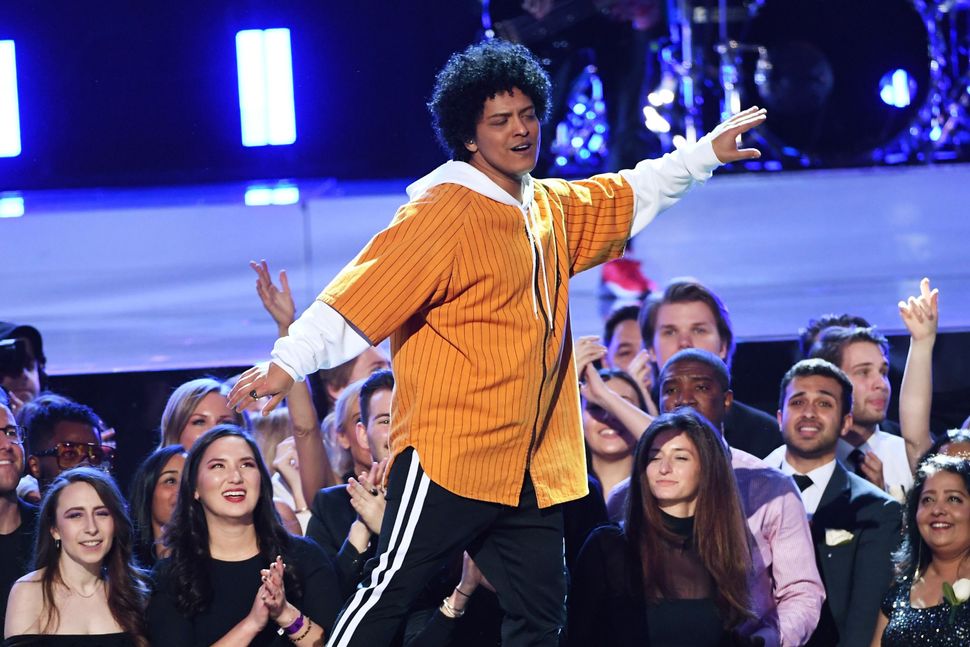 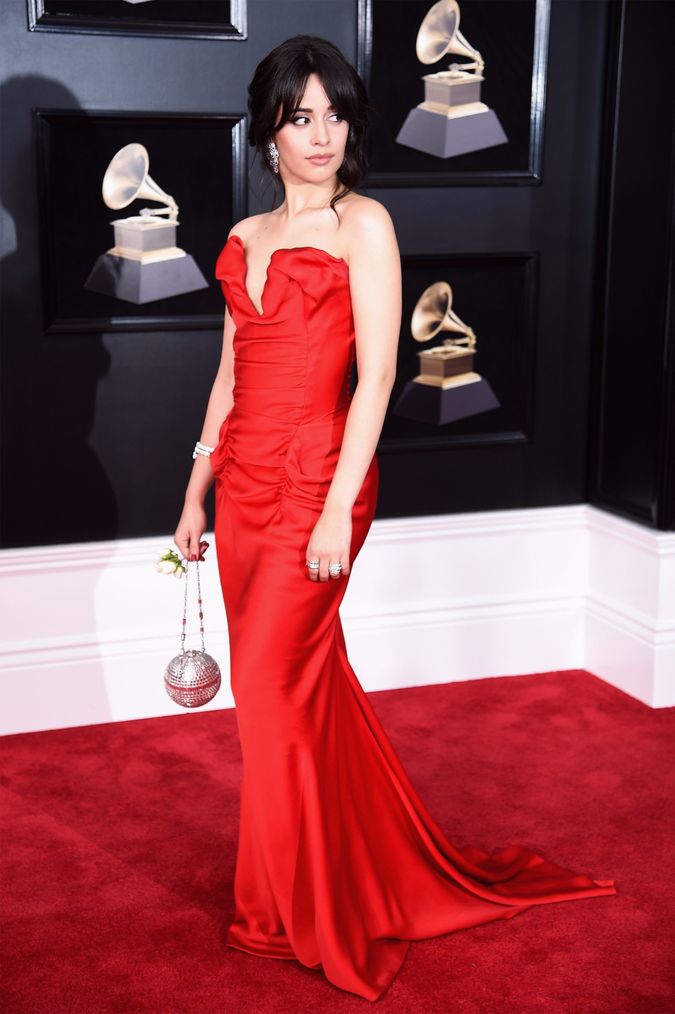 Camila Cabello at the 2018 Grammy Awards Image by Getty Images

Bruno Mars Wins Almost Everything That’s right, Bruno Mars is a bissel Jewish. Winning album of the year, record of the year, and song of the year, the impish tracksuit enthusiasm swept the evening with the exact middle-of-the-road pop music that exemplifies the Grammys. Mars’ redemption is that he is a truly excellent performer. Joined here by rapper Cardi B, he manages to rhyme the word “finesse” with many other words. 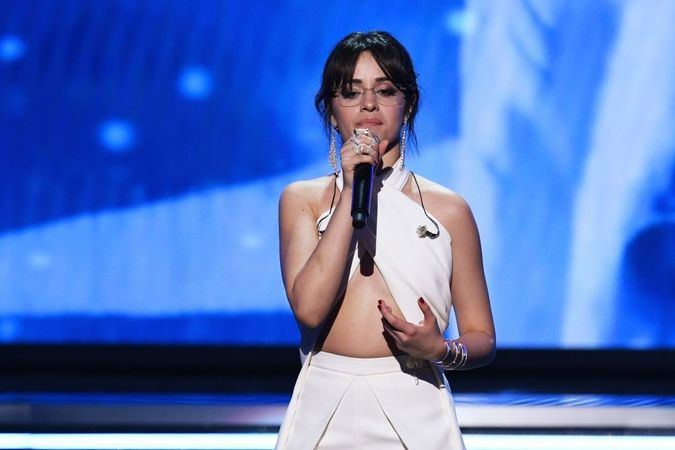 Camila Cabello Quotes Emma Lazarus Camila Cabello, the former member of girl band Fifth Harmony, whose hit solo single “Havana” has provided such an intoxicating backdrop for early 2018 that even Obama is listening, gave an emotional speech about immigration. “Just like the Dreamers, my parents brought me to this country with nothing in their pockets but hope,” she said. “I’m a proud Cuban-Mexican immigrant,” she said, before quoting from Emma Lazarus’ poem on the base of the Statue of Liberty, “Give me your tired, your poor, Your huddled masses yearning to breathe free, the wretched refuse of your teeming shore,” Cabello said in a voice over, as an image of the Statue of Liberty appeared. “Send these, the homeless, tempest-tost to me, I lift my lamp beside the golden door!” 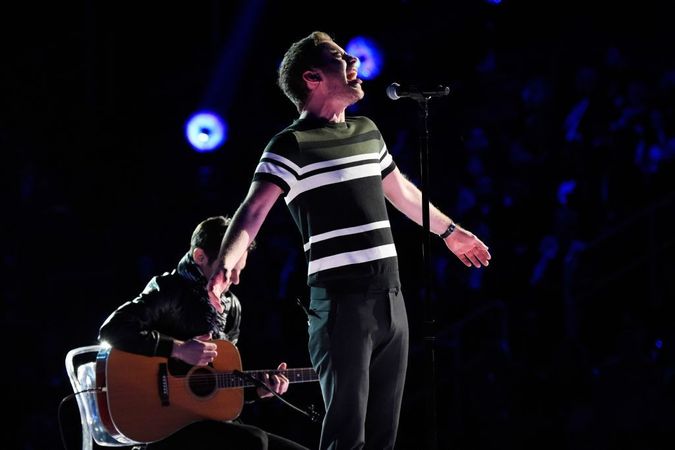 Ben Platt Bring Down The House With The Music Of Leonard Bernstein I thought I dreamed this but no, it really happened. In honor of the centennial of Leonard Bernstein’s birth, “Dear Evan Hansen” star Ben Platt (who was already one Grammy-deep for the evening for Best Musical Theater Album for the hit show) performed a modernized version of “Somewhere” from “West Side Story” to ovation. Steven Spielberg will be directing a remake of the classic movie musical, it was announced last week. The writer? Tony Kushner. The Jews? Doing very well in the arts world, thank you. 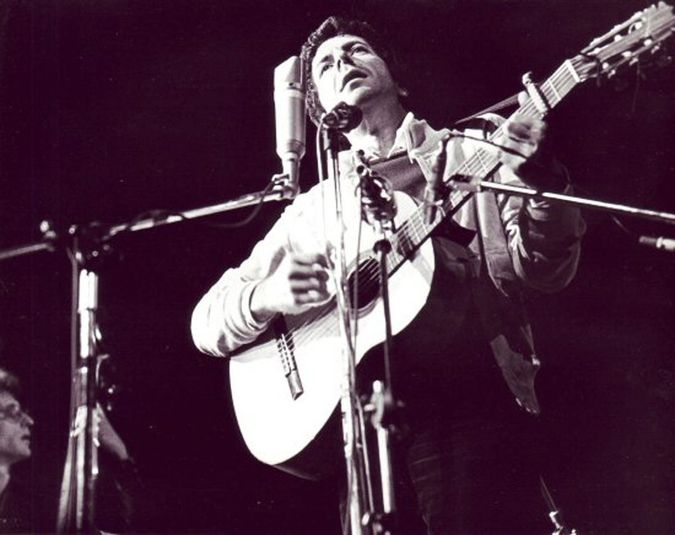 Leonard Cohen Wins Best Rock Performance Leonard Cohen hasn’t even been alive for ages and he still put out the best rock album of the year. 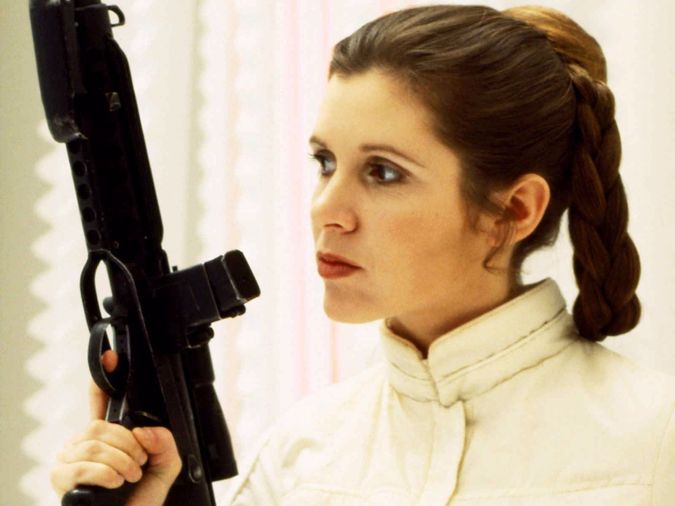 Carrie Fisher’s Comedy Endures Another posthumous win! Carrie Fisher, dead since the tragic moonlit accident in which a bra gruesomely malfunctioned, was honored with the award for Best Spoken Word Album for “The Princess Diarist,” a memoir inspired by diaries Fisher wrote circa her experiences shooting “Star Wars.” 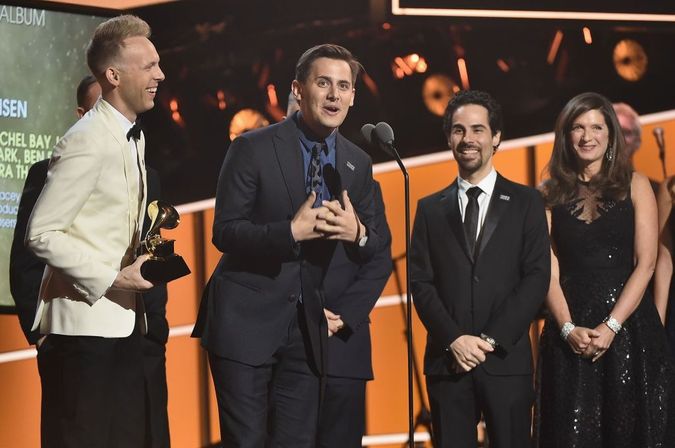 Pasek & Paul Collect More Of The Alphabet The dynamic duo, half Jewish, half with the last name “Paul,” collected their first Grammy award, for Best Musical Theater Album for “Dear Evan Hansen.” The composer-lyricists already have a Tony Award for “Dear Evan Hansen” as well as an Oscar for the song “City Of Stars” from “La La Land,” so this means they have the “GOT” in their “EGOT” (the holy quadrangle of Emmy, Grammy, Oscar, and Tony.) Only twelve people have every succeeded in winning an “EGOT.” The next horizon is the “MacPEGOT” (MacArthur Genius Award, Pulitzer Prize, Emmy, Grammy, Oscar, and Tony awards.) Lin Manuel Miranda is just one Oscar away — hurry up, boys! 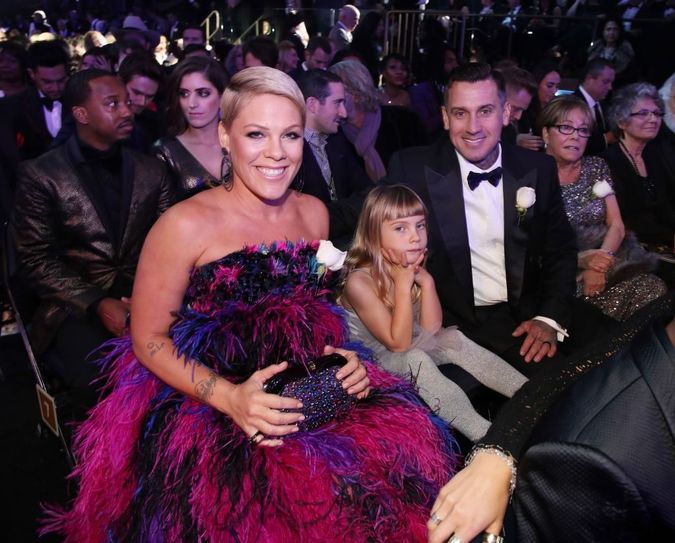 Pink, with her daughter and husband. Image by Getty Images

You make the Grammys worth it, Pink!