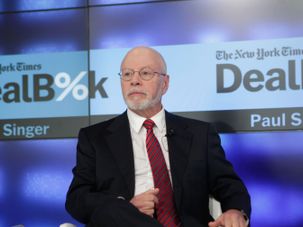 George Soros and Paul Singer have very little in common.

Jewish billionaire Paul Singer got himself a powerful enemy.

The Washington Free Beacon, a website funded by Singer, said last week that it had paid Fusion GPS to conduct opposition research on Trump.

Paul Singer once claimed that Trump’s policies were “close to a guarantee of a global depression,” but has grown closer to him since the inauguration. 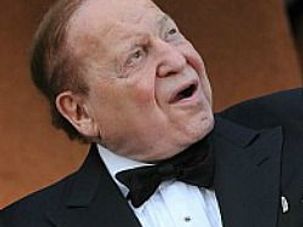 More than 20 people, including past critics of Trump, signed million-dollar checks, giving them special access to inaugural balls and the swearing-in ceremony.

Paul Singer, the billionaire Jewish donor who led Republican opposition to Donald Trump, has reportedly flip-flopped and made a substantial donation to the incoming president’s inaugural committee.

Donald Trump is Losing Jewish Donors and Intellectuals, But Will it Impact His Bottom Line?

Donald Trump may have the full support of Jewish mega-donor Sheldon Adelson, along with his reported pledge of $100 million, but the New York billionaire might sorely miss several other Jewish Republican donors turned off by his views on immigration and minorities and his choice of words and tone.

Casino mogul Sheldon Adelson is the prototype of the brash money man who can upend a political race with one multimillion dollar check. But as the Republican campaign moves into a new stretch, soft-spoken billionaire Paul Singer is the one making waves in the GOP — and he is betting on Marco Rubio.

Hedge fund billionaire Paul Singer is coming out of the shadows. A philanthropist and Republican political donor whose name was known only to insiders, Singer is now moving to the front row both in politics and in Jewish life.