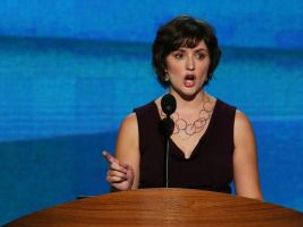 Sandra Fluke — she of the Limbaugh slut-shaming and the Jewish boyfriend — gave a strong speech about contraception and women’s health at the DNC last night. Bumped up to primetime, the young activist got the crowd excited and did an admirable job hitting the Republican candidates hard over their party’s series of legislative attempts against reproductive rights and health care that are now known as “The War on Women.” She enumerated the worst aspects of that war quite clearly: 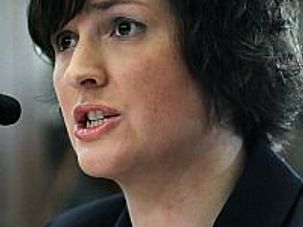 The latest salvo from the trenches of the extreme right against Georgetown Law student and contraception advocate Sandra Fluke is the most absurd yet, and matches the other slurs in offensiveness. Her latest crime is — wait for it — dating a Jew 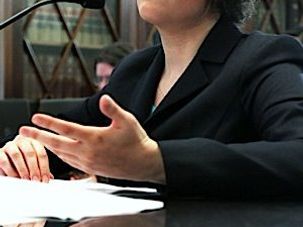 The Right Kind of 'Slut'

“We are all sluts now” is the rallying-cry in a post Sandra Fluke vs. Rush Limbaugh world. By smearing one young woman with that word for advocating contraception coverage, Rush attacked everyone who uses birth control, 99% of women in America. He also chose a victim who was not already in the public eye and who was white, educated, wearing a nice suit jacket and doing her civic duty.

Limbaugh and the 'Slut'-Shaming Epidemic

The latest salvo in the war on women came from the microphone of the notoriously crass and offensive talk radio host Rush Limbaugh. Even for someone who offends as regularly as Limbaugh, his latest comments were beyond the pale.