The Right Kind of ‘Slut’ 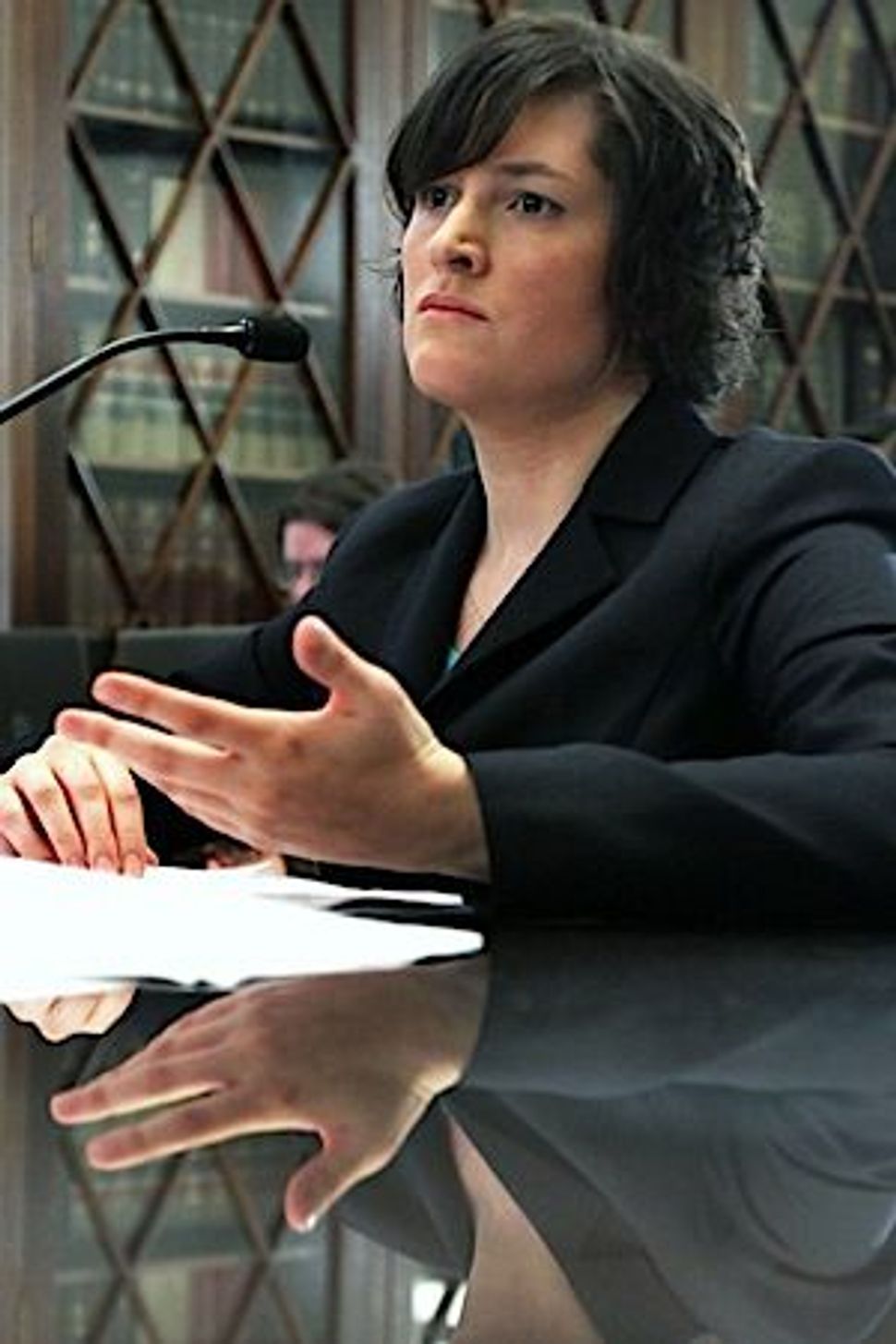 “We are all sluts now” is the rallying-cry in a post Sandra Fluke vs. Rush Limbaugh world. By smearing one young woman with that word for advocating contraception coverage, Rush attacked everyone who uses birth control, 99% of women in America. He also chose a victim who was not already in the public eye and who was white, educated, wearing a nice suit jacket and doing her civic duty.

Limbaugh’s comments, coming on the heels of the Komen controversy and the all-male birth control panel controversy, and a full-on assault on reproductive rights for women all across the spectrum has inspired a long-awaited backlash. As one of my favorite professors and novelists wrote on her Facebook page, “the sleeping tigress awakes.”

I’m so glad it’s awake. But I want that tigress to stay awake even as Congress moves away from the birth control front and the Rush furor dies down. Because as many of us relentless feminist types have pointed out, this war on women didn’t start in 2012. It started in 1976 when the loathsome Hyde Amendment passed, barring federal funding of abortion for women on Medicaid. It accumulated over the years with chipping-away here and siphoning there, spiking during 2011’s record-setting year for restrictions. This war has slammed poor rural women in particular but also targeted poor urban women.

Many of these attacks, including smears from the likes of Limbaugh, haven’t received the same outcry as recent weeks’ have. So when women of color, sex workers, rural women, young women, undocumented workers, transgender people or the otherwise marginalized lose their rights because they are implicitly assumed to be sluts, will we stand up for them too?

Activist Shanelle Matthews writes in a post called “if Sandra Fluke were black” that women of color, while glad for the recent backlash, feel that it is partly due to Fluke’s privilege: “no one is suiting up to fight for us, no armies of people are showing up on our behalf making threats for us, and no one is fighting to reclaim our dignity.”

If the majority of American women have been “slutified” by Rush and the War on Women, can all of us newly-anointed sluts stand up for our sisters? Or, as this particular fight dies down, will we go back to being silent and let them deal with it themselves? I hope it’s the former.

Even on International Women’s Day, reproductive rights are continuing to erode despite the national pushback. In numerous states like Arizona, Texas, Utah, and Virginia, more mandatory ultrasounds, notarized parental consent measures, funding-stripping measures, anti sex education measures and every kind of abortion restriction under the book continue to move forward. There are even a new set of proposed restrictions that allow doctors to withhold information for women if they think that information will lead to an abortion.

Melissa McEwan has one roundup of these new assaults at Shakesville. At the Washington Post, Sarah Kliff has another, noting that “Outside the beltway, though, the landscape is quite different. Despite intense backlash to some of the provisions, states could be on track for another, record-breaking year of passing restrictions on reproductive health.”

The women affected by these measures aren’t necessarily Sandra Fluke. They may not have the time or resources to stand up for themselves in Congress, or to inspire a national wave of concern. But they still need our help, our collective outrage, and our energy. It’s time to prove that we really are all in this together.

The Right Kind of ‘Slut’