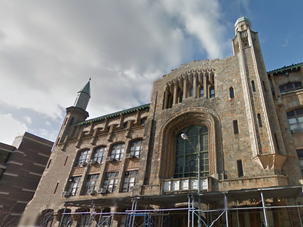 Students who helped organize the LGBTQ march characterized the denial as retribution for staging the march. 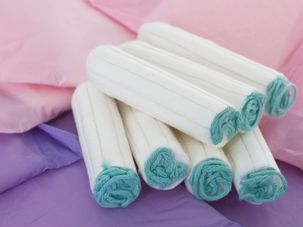 “We hope people use it as intended, for emergencies,” said the dean of students. “If students start stealing them to hoard, we’ll have to rethink things.” 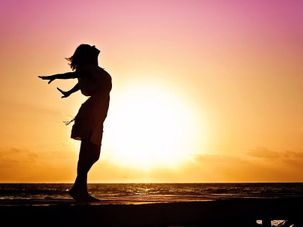 Soon by Me? No Thanks.

For many reasons, in the 10 years that I lived in Crown Heights, I have not felt an urge to marry. 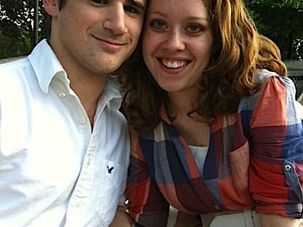 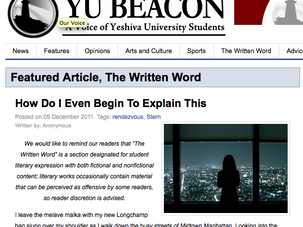 As a Stern College alumna, I feel the need to explain why the recent Beacon sex essay that described a premarital sexual encounter was received negatively by many Yeshiva University students and alumni.

Joy Ladin and Her Transmigration Poems

“The author is dead!” has been a consistent postmodernist refrain discouraging readers from reducing meanings of literary works to mere biographical outlines of their authors.