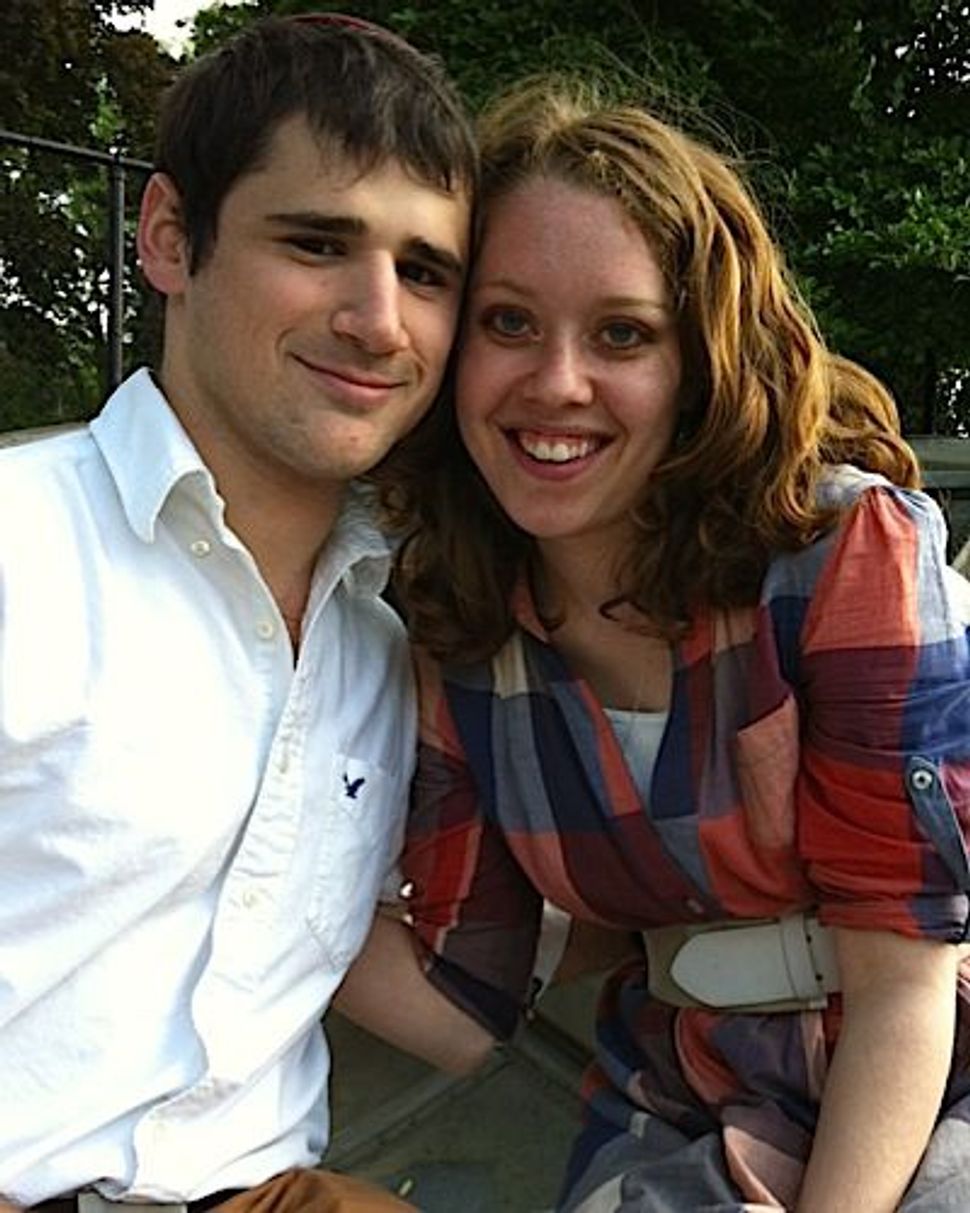 The author, with her fiancé. Image by courtesy of simi lampert

The Orthodox Jewish community seems to encourage early marriage — with 18 being an acceptable age for weddings, 26 being considered old and 30, quite frankly, over the hill. Never mind that in the secular world, 30 is when many people start considering marriage as an option. (Inidentally, Israel is now weighing whether or not its citizens should be allowed to marry if they are under 18.)

For a long time, I thought the secular world got it right. I have never been against marriage, per se. It just felt like something to be done once I’d traveled the world and gotten a job that would actually lead to a career. Once I’d gone skydiving and snorkeling. Once I’d tried pot. Not until I used my 20s to my fullest would I be ready to settle down and have a family. Or so I thought.

And then I fell in love. At the unripe age of 22, I met the man I knew I wanted to spend my life with, and it only took me a few months into our relationship for me to realize that.

Just like that, everything I insisted on changed. I hate admitting that I’m wrong, so instead I’ll say this: My opinions simply changed.

I’m still a feminist. I still love my independence, and my fiancé occasionally has to remember that when I say things like, “I’m taking a bartending course so I can bartend on the weekends” with finality, all he has to do is raise his eyebrows at me and I’ll turn it into a question. And now he’s considering taking those classes with me.

I’m not giving up on myself or my 20s. But I will be spending them with the man that I love. In our community, it’s simply unrealistic to put off marriage until you’re done being single and free. In the Orthodox world, living together isn’t really an option and neither is having sex. The sex part should not be should not be minimized. A loving, lasting relationship absolutely needs it. And when you’re with someone you love, you want it to last. You want to fall asleep next to him and wake up next to his stinky morning breath. You want to be able to show each other how much you love and need each other with more than just flowers and sweet texts. And if you want all that, and you want to be Orthodox, what you want is marriage.

I can’t wait to get married. It’s completely and utterly impractical, and it won’t be easy. He’s starting graduate school in the fall, and he won’t have a real job for about 5 years. I’ll be supporting us with my meager earnings as a journalist, and maybe some bartending on the weekends. We have no money to speak of, but we’re pretty sure we can live on nothing but love and a little bit of doing without.

Will I be able to go drinking on a whim with my friends? Probably not. And the seven countries I’ve visited until now will have to constitute my world traveling for a while. But I know I’m making the right choice, and I’m absolutely positive that I will be happy. I might have to grow up faster than other college graduates my age, but I’ll also get to live with the one I love. I’ll make him dinners (while complaining about what a terrible feminist that makes me) and he’ll carry my bags for me while we go about buying groceries, passing restaurants and seeing how richer people live. I can’t imagine a better deal than that.

And this summer we’re going skydiving together.