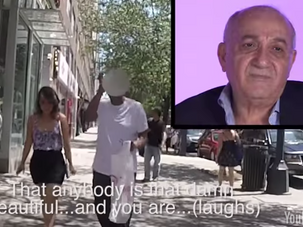 A video of fathers reacting to their daughters getting cat-called features a very loving and protective Israeli dad. But does he really get what street harassment is all about? 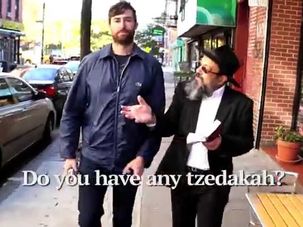 Last week’s video of a woman walking the streets of NYC for 10 hours proved the extent to which women are subject to catcalls. Comedian Scott Rogowsky responded quickly with a parody: In it, Rogowsky walks the streets of New York being ‘charassed’ by Chabad “mitzvah campaigners.” This is different from Roberts’ video in a few noteworthy ways — for one, Rogowsky’s video is staged; for another, it doesn’t deal with a situation where there’s any threat to the walker’s personal safety. 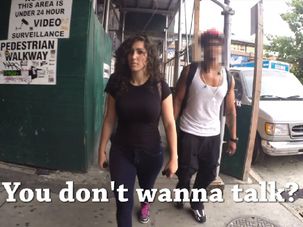 Shoshana B. Roberts is a Jewish actress in New York. Roberts volunteered to appear in a public service announcement depicting street harassment was threatened online soon after the clip debuted Tuesday, according to Hollaback, the organization which commissioned the troubling film clip. 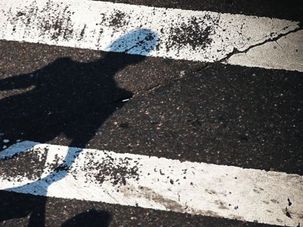 The act of street harassment isn’t confined to a neighborhood, a culture or a race — it’s something that all men are socialized to believe is an acceptable means of asserting masculine power, writes Chanel Dubofsky. 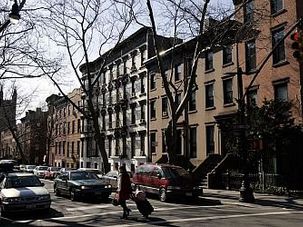 Last Thursday as I was standing outside of my apartment building with a friend, a stranger approached me from behind and slapped me, very hard, on my rear end.