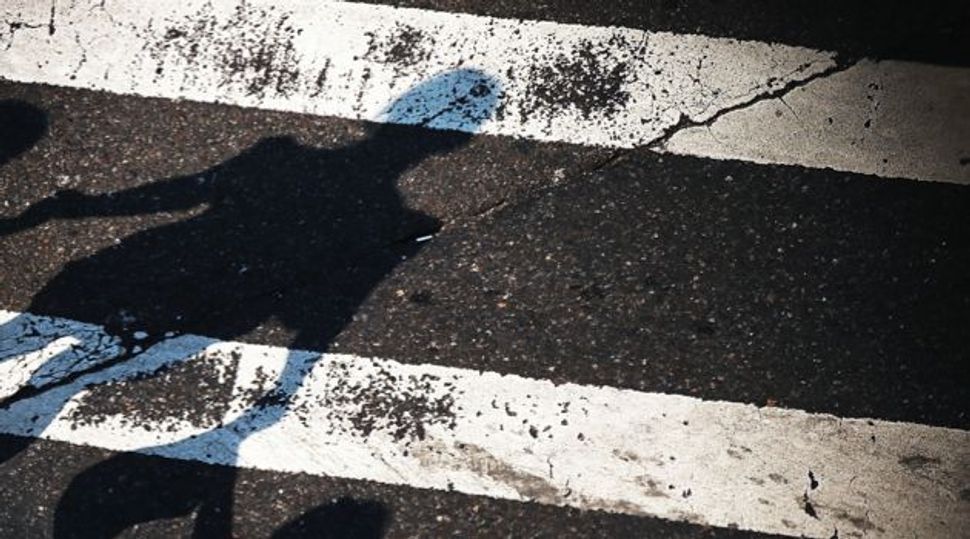 It’s getting to the point where I can feel it in my posture. The inevitability of street harassment makes my shoulders tense up before I even leave my house. I don’t make eye contact on the street, ever, but especially with men. I wear headphones all the time anyway, but because of them, I probably don’t hear things that are said to me when I’m walking, for better or worse. None of these things stop street harassment, of course, but at least it makes it easier to get where I need to go.

Recently, photographer Hannah Price used her camera to document the faces of men who street harass, taking a picture of them in the moment immediately following their catcall. In an NPR interview Price remarked, “Just turning the photograph on them kind of gives them a feel of what it’s like to be in a vulnerable position…. It’s a different dynamic — but it’s just another way of dealing with the experience, of trying to understand it.”

Of the 17 photographs in Price’s project, 15 depict men of color. Said Price, who is herself Mexican and black, “I think a given thing, especially for an urban community… it’s more just an experience that I had, and a way for me to deal with it.” While Price’s photographs are a record of her experience, it should be noted that men of color are not the only men who street harass.

Racism has taught me that as a white woman, I should treat every man of color as though he is a potential predator. I should hold my bag tighter when a black man, or any man who is not white, is walking towards me on the street. I do this. When I’m walking home from the subway at night, I cross back and forth, from one side of the street to the other, something I vaguely remember being told to do.

White men, on the other hand, are supposed to come to my rescue. If I’m taking the train home alone at night, I should look for white men in the car. They will save me if someone sketchy approaches. (There’s also, notably, a trope in which lecherous Jewish men attack and rape genteel, virginal Christian women.)

But I have been harassed by several white men, too. I could make you a map of everywhere it’s happened — in Times Square, where one white, business suit clad man in a crowd of other white, business suit clad men, licked his lips and thrust his pelvis at me as I passed. The elevator on my college campus, where I was surrounded by white men who crept closer and closer to me, laughing, until the doors opened and I ran out.

The act of street harassment isn’t confined to a neighborhood, a culture or a race — it’s something that all men are socialized to believe is an acceptable means of asserting masculine power. It’s entrenched in the idea that women’s bodies are public property, to be commented on and assessed openly, without consent or consideration.

Every time we dismiss a woman’s experience with street harassment, tell her to “think of it as a compliment,” laugh at it, participate in it ourselves, or decide that it does or does not happen in a particular neighborhood or country or community, we’re allowing it to continue. (“Those people do it; they’re worse, they’re poor, they’re brown. Don’t walk down that street and it won’t happen to you.”)

The other night in the subway, there was a young, white man standing too close to me on a not-so crowded platform. I had headphones on, but as I turned and walked quickly away, I could hear him yelling, “I don’t know what you’re getting so freaked out about!”

I don’t regret walking away — my instincts told me that I should — but on the ride home, I thought about how street harassment has changed my relationship with every — yes, every — man I see. It’s created a deep suspicion and fear. In a very real way, it erodes our ability to behave humanely towards one another in public.