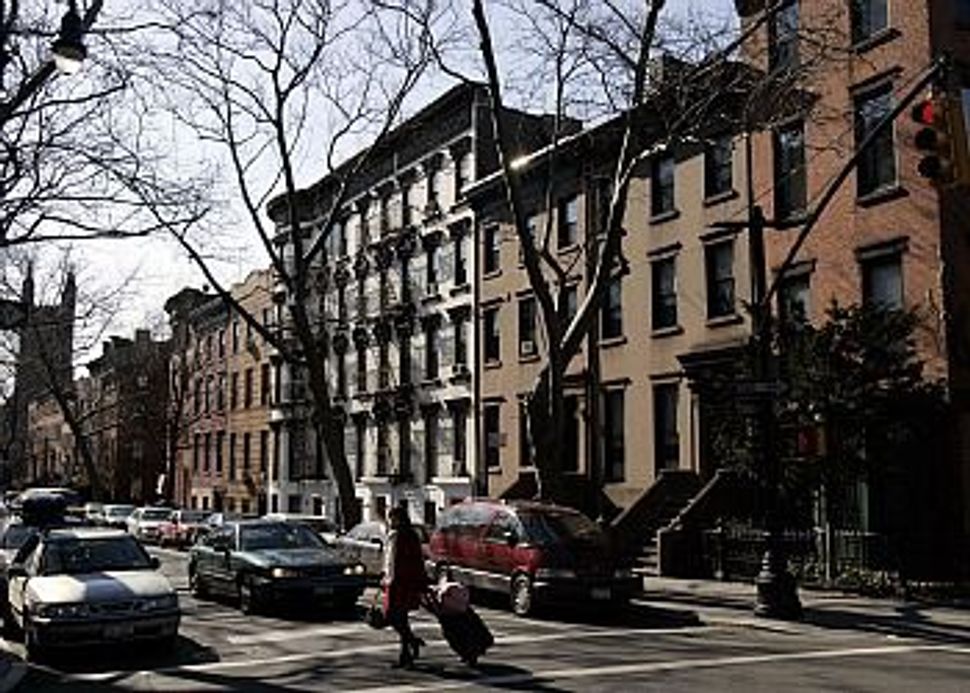 Last Thursday as I was standing outside of my apartment building with a friend, a stranger approached me from behind and slapped me, very hard, on my rear end.

The moment reminded me of the time I was in a minor car accident, so physically jarring that I was rendered speechless. My friend yelled a few choice words at the stranger, a tall white man in a dark jacket. He paused, and with his back to us, lifted both his hands in the V sign, like Richard Nixon on the steps of the plane after his resignation. Then he went on his way.

Like most women who live in big cities, I am harassed on the street every single day, and I almost never talk about it. Thursday night was the second time in my life that I was physically hassled; the first was eight years ago on a Jewish service learning trip to Ukraine, when a stranger in Kiev pinched my ass. A Russian-speaking friend who saw it happen told him off.

Most of the harassment is verbal — a man telling me to smile, or a “Hey, beautiful.” It’s rarely the worst part of my day. A packed subway car, a dropped cell phone — these are the things I complain to my friends about. Over the years, though, the incidents have accumulated and taken their toll on my psyche, making me wary, sad and mistrustful of male strangers. I wish there was a way to wipe the slate clean, to wake up in the morning never having been bothered by men on the street. But there isn’t.

Several hours before I was hit, I was in a crowded auditorium at St. Joseph’s College in Brooklyn, listening to the Dominican-American writer Junot Diaz talk about the character Yunior in his latest book, “This is How You Lose Her.” Diaz deliberately created Yunior as a troubled sexist, a reflection and a critique of American and Dominican masculinity.

The book, said Diaz, is meant as an affront to the “culture of respectability,” the notion that some things are too unsavory to talk about in public. The culture of respectability stifles conversation about topics like sexual violence. How is it that one in four women experiences sexual assault — an epidemic, if you ask me — and yet, we speak about it in hushed tones, if at all?

Part of the reason I never talk about street harassment is because it’s so pervasive in my life and in the lives of my friends that it’s like commenting on the weather. But the other part has to do with the culture of respectability. It feels unseemly to talk about something so personal and so sexual that I have no control over.

I wish that women would talk more about street harassment, with each other and with the men in our lives. I want us to shock one another with our stories. I don’t know if that will help end the practice. But if we were honest with each other, at the very least, we would have a clearer picture of what happens on our streets, to our women, every single day of the year.

Naomi Zeveloff is the deputy culture editor of the Forward.