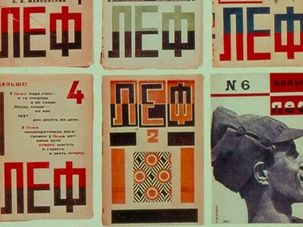 The Soviet avant-garde magazine LEF included work by some of the 20th century’s greatest artists – Monoskop has the full archive.