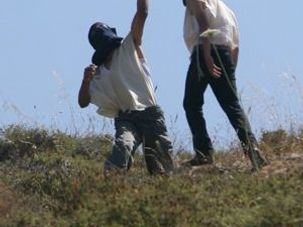 An internal Israeli army probe finds that Israeli security forces in the West Bank are hobbled in trying to control far-right Jewish lawbreakers by lack of cooperation among various branches of government working at cross-purposes. The probe is reported in Haaretz.

Small minds might expect that with everything going in Egypt, Israel’s senior defense officials would have spent the last week focused on what happens next along Israel’s long, undefended southern border. But of course, that’s not how things work these days, now that Israel has Ehud Barak, the most decorated soldier in Israel’s history, as minister of defense.