A Poet of Israel’s Pain, And Its Hope

It is written in the Talmud that after the destruction of the Second Temple, Rabbi Akiva and three prominent rabbis saw a fox scavenging through the Holy of Holies. Though the other rabbis wept, Akiva began to laugh, reminding his colleagues of Zechariah’s prophecy that one day, Jewish men, women and children will return to the streets of Jerusalem. Like Akiva, Israeli poet Rachel Tzvia Back has not abandoned hope. She, too, sees the promise of renewal in Israel’s pain. And though her newest collection, “On Ruins & Return,” shatters and stings, though her images force readers to confront unsavory scenes and to broach sore subjects, ultimately her words comfort. 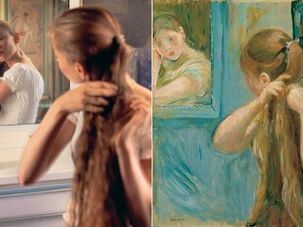 In 2000, six months after the death of her husband, philanthropist Ted Arison, author Lin Arison took her granddaughter on a month-long journey through France, hoping that immersion in art would soothe their grief. While saddened by Van Gogh’s unrequited yearning for an artistic community, Arison was stricken by the intense connections between the other Impressionists. Pissarro, Monet, Cézanne, Renoir, Manet and Morisot often painted together, painted one another and mentored one another’s artistic expression. Noting the resemblances between “Papa Pissarro” and her husband, Arison had a unique book idea in mind when she approached Israeli photographer Neil Folberg, with whom she had just collaborated on “A Love Story in Mediterranean Israel.” 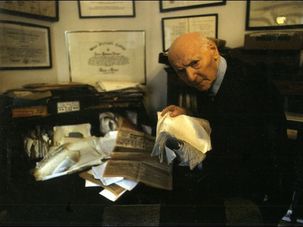 Although he never actually lived on Manhattan’s Lower East Side, for much of his life, Isaac Bashevis Singer visited almost daily, and the neighborhood became his “second home.” The relationship between writer and geographical muse is the focus of the exhibit Isaac Bashevis Singer and the Lower East Side, a series of nearly 40 images taken by photographer Bruce Davidson between 1957 and 1990, at the Jewish Museum in New York City from September 16 to February 3, 2008. The images were first shown in 2004 at the Mead Art Museum at Amherst College, and they were highlighted in a catalog that includes critical essays, an interview with Davidson and Singer’s story “The Beard.” 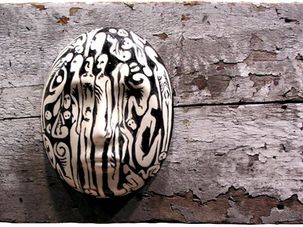 “A Historical Chronicle: The Life of the European Jew in the 20th Century,” an exhibit that runs until September 18 at the Krasdale Gallery in White Plains, N.Y., depicts the rocky journey of Eastern European Jews from the shtetl to the concentration camps to modern-day Israel. The show consists of drawings, collages, photography and sketches, all by prominent Jewish artists: Roman Vishniac, Aaron Morgan, Tamar Hirschl, Elias Mandel Grossman, Abel Pann, Saul Raskin and Reba Rottenberg. Each brings to the canvas a deep responsibility to the past.

These aren’t your mother’s honey dishes, but the New Year is the perfect time to try something new. These six pieces from the United States and Israel range from sleek to funky and breathe new life into the holiday table. Like Rosh Hashanah guests, each with different customs and traditions, these dishes can add a unique flavor to your holiday meal.

Similarities Between Cerebral Palsy and ML4 Make Diagnosis a Challenge

‘Diagnostic hell” was the way that Mary Jo Reich, a mother of two from Short Hills, N.J., described her son Scott’s battery of misdiagnoses. Although pediatricians had told Reich that Scott was following a normal developmental curve for the first eight months of his life, she had always sensed a problem. “He was less than an hour old, and I felt something was wrong in his eyes,” she said. “He wasn’t here.” When Scott was 1 and did not walk, hardly spoke and continued to have low muscle tone, the Reichs were told that he had cerebral palsy. It was not until Scott was 21 months old, after the Reichs had traveled up and down the East Coast in search of a second opinion, that Scott had a conjunctival biopsy, a procedure used to count the eye’s abnormal storage bodies. After the procedure, Scott received a confirmed diagnosis for the first time: Mucolipidosis Type 4, commonly known as “ML4.”

Photographer Ofir Ben Tov approaches Israel from a lofty perch: the sky. His aerial images create a narrative that connects the biblical sages to modern-day Israelis through the trees, mountains and oceans that have always been there, bearing witness to our complicated history.

Sands of Time: The Oregon Coast

An Ocean View: Vacations at the Oregon Coast, an exhibit running until September 23 at the Oregon Jewish Museum, transports the viewer to the sun-streaked Oregon shores, where American and Jewish cultures have long converged. Inspired by the Jewish Museum of Maryland’s 2005 installment, “The Other Promised Land: Vacationing, Identity, and the Jewish-American Dream,” the OJM staff decided to explore its own Jewish community’s vacation ethos through more than 200 photographs, artifacts and anecdotes from the beginning of the 20th century until today.

Visit Middlebury College’s language schools this summer, and you can cheer at a Portuguese soccer game, observe a Chinese cooking class or watch Russian television. Visit next summer, however, and you will be able to order falafel in Hebrew and dance to Israeli folksongs.