On June 29, Brooklyn showed that New Hampshire is not the only place for unity these days. 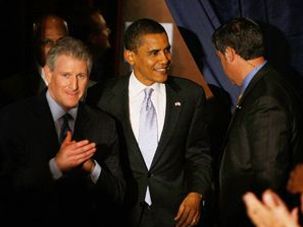 About 150 Jewish voters gathered in June at a private home in Los Angeles for what marked a new phase in Senator Barack Obama’s outreach effort to the Jewish community.

The most fervent believers from nearly all faith groups are still far more likely than their less observant counterparts to lean Republican, but Americans with varying degrees of religious observance show broad agreement on a range of social issues, including the environment and support for the poor, according to a new study.

Religious Right Gears Up To Push Political Choices From the Pulpit

As the presidential candidates prepare to compete for religious voters this November, some preachers on the Christian right are vowing to test longstanding tax rules that inhibit politicking from the pulpit. 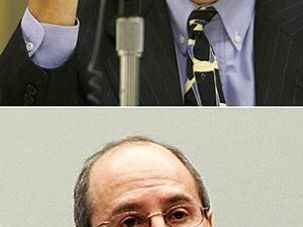 In its first entrance into the electoral fray, a dovish new pro-Israel group has endorsed five congressional hopefuls and a pair of incumbents. 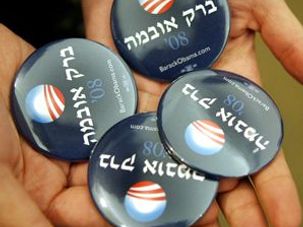 As the general election campaign gets under way, some Jewish liberals say they are working to ensure that 2008 doesn’t go down in history as the year that Barack Obama got “schvitz-boated.”

If a newly proposed Hebrew-language charter school opens in Brooklyn, its longest shadow may be cast on a nearby school that is, in some respects, already the borough’s Little Engine That Could. 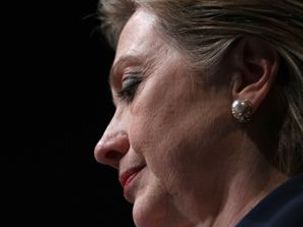 For those who have been wondering for months if and when Jewish Clinton loyalists would throw their weight behind Barack Obama, let June 4 be known, henceforth, as the date for coming out from behind the furniture. 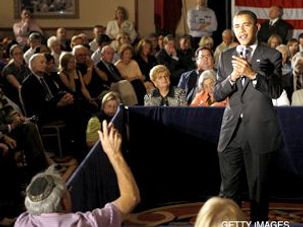 From the avalanche of articles and commentaries published by mainstream media outlets in recent weeks, one might easily get the impression that Barack Obama is in trouble with Jewish voters. 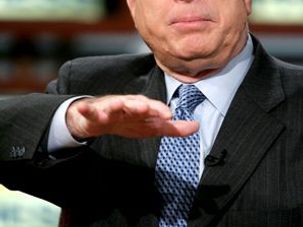 In response to news of a looming cease-fire between Israel and the Palestinians in Gaza, advisers for Senators Barack Obama and John McCain have said that the United States should maintain its current diplomatic freeze on dealings with Hamas, the militant Islamic group that seized control of the coastal enclave last year.