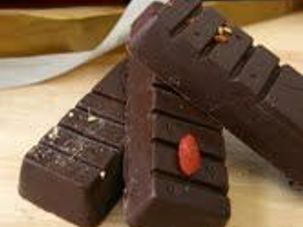 Imagine a modern, hip Israeli incarnation of Willy Wonka and you have a picture of Shimon Pinhas, the man behind Raw Chocolate Love. His company is one among a handful in New York that produces raw vegan chocolate, and one of the few with kosher certification. Shimon, whose dark curly hair protrudes in every direction and almost resembles steel wool, gives the impression that he is a man who can do anything, a presumption that is not far from the truth. When he arrived in New York twenty years ago without a word of English, he had already worked in construction, electrical work, and theater in his native Israel. His present occupation as a chocolatier on the border between Brooklyn and Queens follows an 18-year career running a music studio in the East Village. 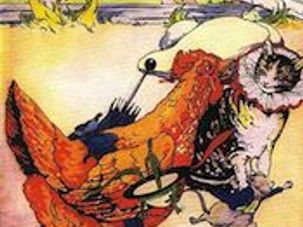 The Little Red Hen in the Modern Jewish World

Over the course of my few months of farm life, I’ve thought about “The Little Red Hen” more times than I have since early childhood, and each recurrence leaves me with a new lesson. In the story, the hen decides to bake a loaf of bread from scratch, starting with planting wheat. At each step she asks her friends and neighbors for help, but nobody wants to offer assistance until the time comes to eat the bread, at which point the Little Red Hen dismisses her compatriots and keeps everything for herself. Jewish lessons abound from this text on all levels — the story could be the starting point for a discussion on blessings or how to treat others, and I could even see it as the basis for a Talmud class: Does it matter if the hen harvested her wheat before or after Passover? If the hen is Jewish and her friends are not, was it appropriate for her to ask them to complete steps of the bread making process? But I digress. 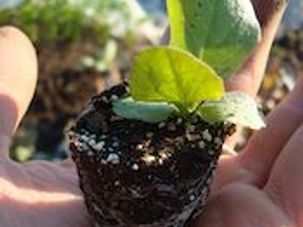 This afternoon I picked up a radish and decided to taste it. When I rubbed it on my pants to take the soil off the spot I planned on biting, it came out this stunning crimson color that stopped me in my tracks. I took a second to imagine everything in my frame of vision as a photograph and marveled at the beauty of my pink smudge against the dull orb in my cracked, earth-caked hands, and then I made a blessing over it and took a bite. This is farm life — seeing God in a radish! Yes, it so happens that most of the people around me are devout Christians, and the Jews around here eat together at the Crab House on Rosh HaShanah morning, but in a very important way I’m living a more meaningful Jewish life than ever before. 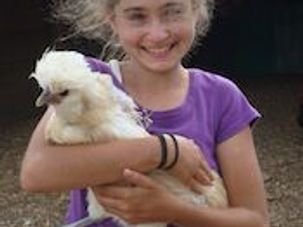 One of the most difficult moments of my stint as Ramah Outdoor Adventure’s first Food Educator came moments before we welcomed in our second Shabbat of the season. Like many camps, Ramah holds a weekly competition for the cleanest bunk (or tent, in this case) every Friday. And like many camps, Ramah was rewarding the inhabitants of the tidiest space with sugar — the first week’s winners got Fruit Loops for breakfast. As the in-house advocate for whole foods, I was displeased with the arrangement, so when the camp ran out of Fruit Loops after a week I set out to make a change. I suggested to the camp director, Rabbi Eliav Bock, that we award the cleanest bunk a different special breakfast on Sundays: Rocky Mountain toast made with eggs from our hens. Bock gave me a look that said “What kid on this planet would get as excited over eggs as sugar?” but told me that if I got the go-ahead from the chef then it would be fine. 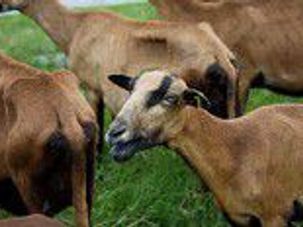 Eco-Glatt: Repairing the World Through the Food System

Pull into the Center for Eco-Judaism just a few miles outside Pueblo, Colorado, and be prepared for a hearty greeting from Rocky, the Pyrenees Mountain Dog who doesn’t realize quite how big he is. There are chickens running busily about the property, caring for their young, eating plants and worms, laying eggs, and fleeing the smaller dogs that make game-chasing their sport. A few hundred yards in the distance is a thriving flock of Barbados Black-Bellied sheep, and off in another direction are the few acres dedicated to raising organic produce. Rocky’s owners, rabbis Elisheva Brenner and Hersh Saunders, are likely nearby. These two unsung heroes of the New Jewish Food Movement wear many hats, and under each brim they dedicate themselves entirely to impacting their daled amot, their piece of the world. 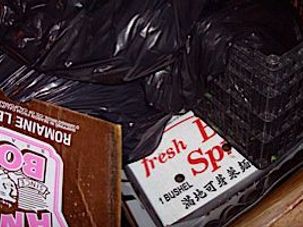 I recently found myself deep in conversation with Ari Hart, co-founder of the Orthodox social justice movement Uri L’Tzedek. By using Torah as a lens through which to view contemporary issues, Uri L’Tzedek empowers the Jewish community to act as leaders in fighting for justice. The group is currently pressing Flaum Appetizing, a Brooklyn-based food production and distribution company, to compensate a group of former employees over $260,000, in compliance with a National Labor Relations Board mandate.