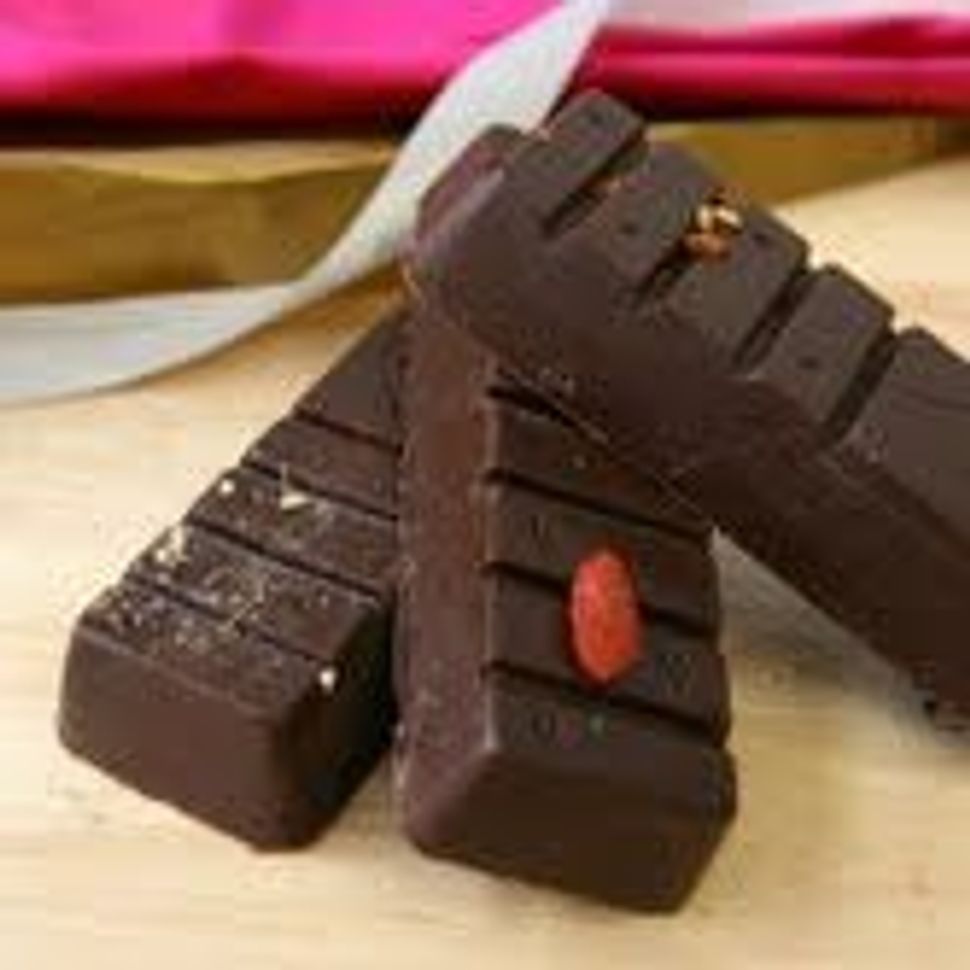 Image by Photo By Shimon Pinhas 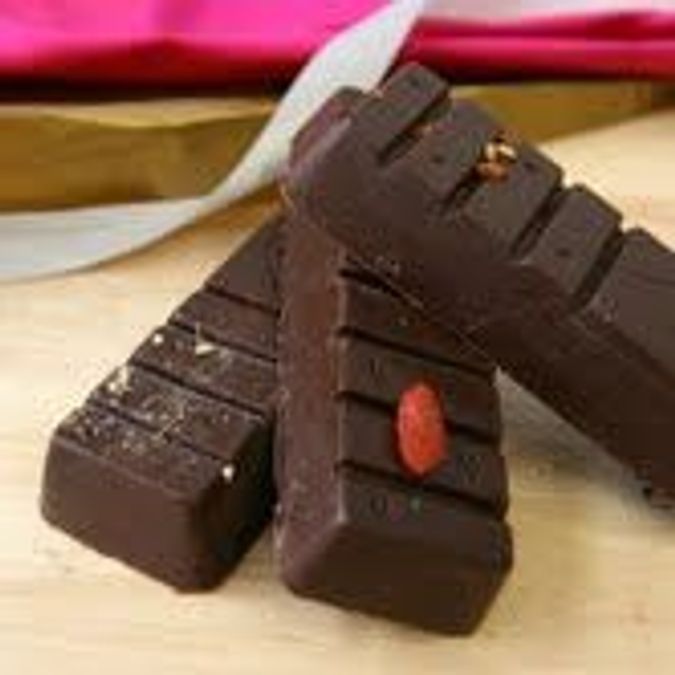 Image by Photo By Shimon Pinhas

The Internet, for me, is more than a tool for research and convenience. It is a medium for discovery which leads me to exciting uncharted territory, and, admittedly, the occasional obsession. My latest find? The kosher vegan subculture. The links between Judaism and veganism are certainly understandable — both promote a particular sort of awareness of one’s environment and a distinct attitude towards the animal kingdom, and both mandate dietary rules. And although kosher veganism may not be universally accepted, one New York company is giving everyone something to be happy about: raw vegan kosher chocolate.

Imagine a modern, hip Israeli incarnation of Willy Wonka and you have a picture of Shimon Pinhas, the man behind Raw Chocolate Love. His company is one among a handful in New York that produces raw vegan chocolate, and one of the few with kosher certification. Shimon, whose dark curly hair protrudes in every direction and almost resembles steel wool, gives the impression that he is a man who can do anything, a presumption that is not far from the truth. When he arrived in New York twenty years ago without a word of English, he had already worked in construction, electrical work, and theater in his native Israel. His present occupation as a chocolatier on the border between Brooklyn and Queens follows an 18-year career running a music studio in the East Village.

I recently had the opportunity to spend the day visiting the Raw Chocolate Love facility, which may be about as close as anyone will ever get to realizing every woman and child’s dream of living in a chocolate factory (I quite literally drank tempered chocolate out of a cup). The exterior is unassuming — as Shimon led us inside a concrete industrial building with long gray hallways and rows of doors we might have been on the set for The Matrix — but true glory lies inside.

The space is divided in two, with chocolate-making equipment at the front and an office space with a small sofa and coffee table at the back. The bookcase holds a number of titles on health and nutrition (Shimon is a graduate of the Institute for Integrative Nutrition), and photos of Shimon with cacao plants and cacao harvesters in Costa Rica abound. Just beyond the doorway on the right-hand side hangs a small gong with a mallet. A sign instructs visitors to bring their own energy into the space by closing their eyes, making a wish, taking a few deep breaths, and finally striking the gong.

It took me a long time to articulate why I see Shimon’s work as so intrinsically Jewish. Certainly it can be difficult to separate a person from his work, but the connection at Raw Chocolate Love runs deeper than happenstance. A Jewish, Israeli owner with a kosher company does not always make for products much different from the norm. What makes this company different is the embodiment of values. Everything in Shimon’s space is a piece of a system to elevate the food he creates. Everyone who walks in is asked to become aware of what he or she brings to the process: the chocolate is made with an understanding of its effects on the body, mind and soul, and there is a constant awareness that chocolate comes from plants grown in beautiful places by extremely hardworking people. By maintaining an order and a practice, Shimon elevates something that could be as mundane as a Hershey bar and makes it holy.

For those who seek to nourish themselves with foods produced with integrity, whether for religious and ethical reasons or for health (or both, for those who believe that the two are intertwined), this is a bar of chocolate to be sought out. Shimon’s mission statement, both personal and corporate, is to share love and quality, an imperative that comes through very strongly in his product. The 3.5 grams of dietary fiber in each ounce of Shimon’s chocolate are just one of the favorable results of the intention and mastery with which the product is designed and created. Chocolate in its purest form carries a wealth of healthful benefits, but these are lost or greatly diluted along the many steps of conventional processing. By choosing only the purest unprocessed ingredients and keeping them raw (the water baths used to temper the chocolate never go above 118 degrees Fahrenheit), Shimon retains all of his chocolate’s natural wonder. Theobromine, tocotrienols, and serotonin are just the tip of the iceberg. Love, of course, comes through in every bite.

*Raw Chocolate Love is available for purchase online at rawchocolatelovenyc.com and at a number of small retail locations in Manhattan and Brooklyn, including Gary Null’s Uptown Whole Foods and the 4th Street Food co-op.

Yael Greenberg is deeply interested in the points of intersection between the food system and contemporary American Judaism. She is currently enrolled in the chef’s training program at the Natural Gourmet Institute for Health and Culinary Arts in Manhattan.