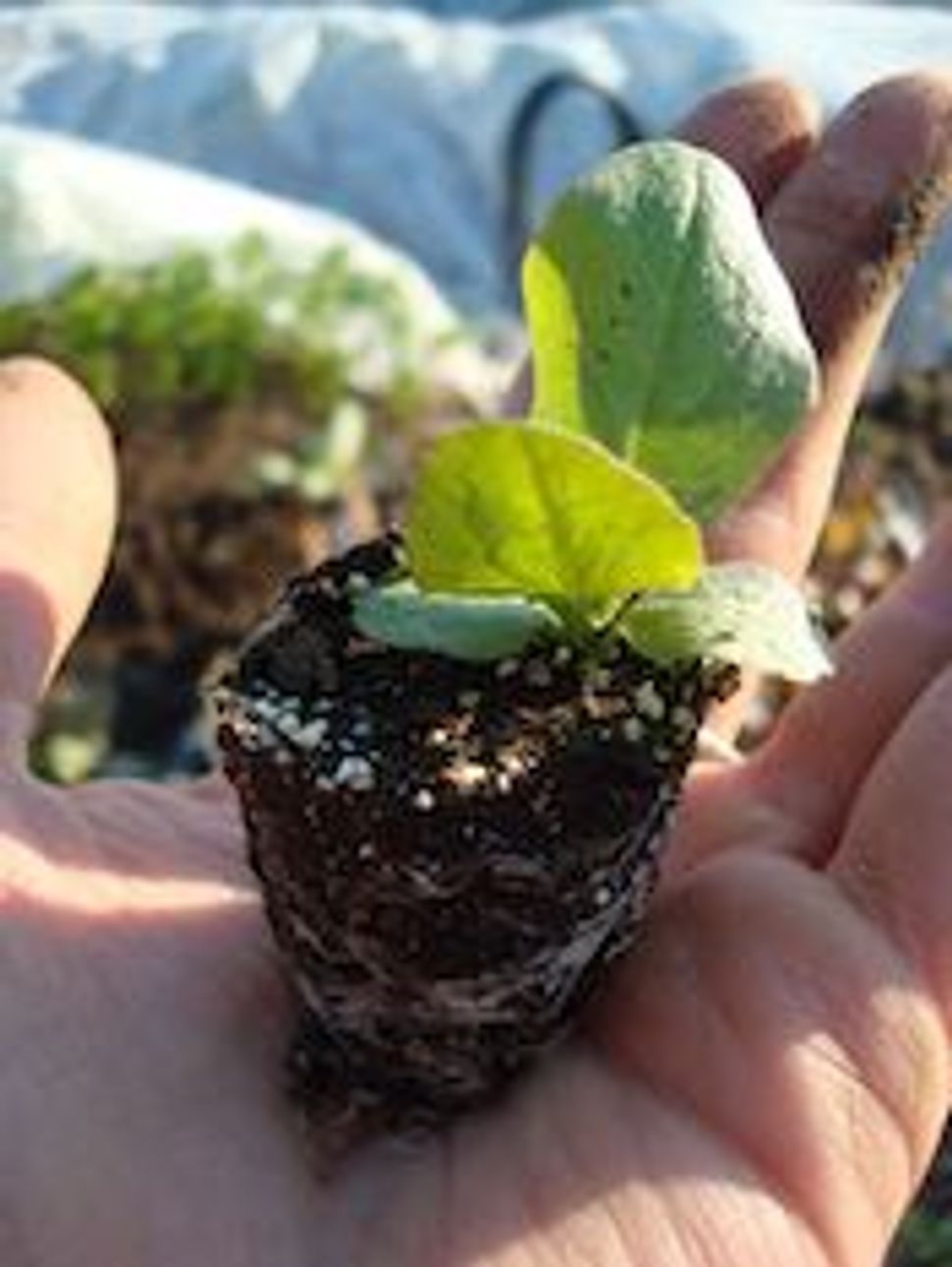 This afternoon I picked up a radish and decided to taste it. When I rubbed it on my pants to take the soil off the spot I planned on biting, it came out this stunning crimson color that stopped me in my tracks. I took a second to imagine everything in my frame of vision as a photograph and marveled at the beauty of my pink smudge against the dull orb in my cracked, earth-caked hands, and then I made a blessing over it and took a bite. This is farm life — seeing God in a radish! Yes, it so happens that most of the people around me are devout Christians, and the Jews around here eat together at the Crab House on Rosh HaShanah morning, but in a very important way I’m living a more meaningful Jewish life than ever before.

So why do I sound apologetic and defensive?

In his recent article “A Jewish Farmer Grows in America” Ben Harris described the process that led him from the life of a journalist to the life of a farmer, a journey that resonates strongly with my own, and I daresay with those of many other young farmers as well. But one thing Harris does not discuss in his article is how he was received by those who populate the life he left behind. I don’t know the details of his experience, but I can speak for myself and share my own inside story.

Since making the decision to move to a farm, I’ve gotten little but raised eyebrows and flak from the Jewish community I left. In fact, I didn’t even leave the Jewish community behind; when I walked into the funky, eclectic mix of synagogue-attending Jews here on the Olympic Peninsula, one of the first questions I got was “what’s a nice Jewish girl from New York doing living on a farm?” For several months I put up a wall and let the criticism ricochet while I bounded off across the country, but weeding and harvesting has left me with enough space in my mind to give the issue some serious thought. My task is no longer to drown out the nay-sayers, but to examine honestly what is wrong, in the minds of so many, with a nice Jewish girl from New York becoming a farmer and where my ethos is at odds with theirs.

Surely it’s not the essence of this transition that is so contentious. Bringing forth one’s own sustenance from the Earth with respect for the land and reverence for God and for Nature sounds pretty tame. So what is the difference between preaching that ethic and practicing it? The answers I have found are uncomfortable, and large — each could fill a page, I’ll dive deeper into them in upcoming posts on this blog — and, in typical Jewish form, the answers raise new questions. And so, without further ado, the problems with being an affiliated Jewish farmer:

There is very little space in the Jewish community for low-wage earners.

In our communities, there is no place for sweat in the workplace. Holding a job that demands physical exertion is not looked well upon.

We are convinced that every time the Torah refers to “the Land,” it is referring to Israel, and so we tend to forget that all of God’s earth is connected. Man/Woman has the obligation to tend it all.

How is it possible that we have a New Jewish Food Movement but so little regard and respect for new Jewish farmers — or for any farmers, for that matter? Will we do what it takes to establish a reality in which our children grow from real food that is cultivated in healthy soils and prepared with love and intention, or will we just continue to treat the symptoms of their diabetes, ADHD, and anaphylaxis? How can we hope to shape the future of food culture when we wipe our hands and expect that we will continue to leave the “dirty work” of feeding our community to others?

Yael Greenberg believes that healthy communities are built around healthy food systems, which are, in turn, rooted in healthy soils. She is ever exploring the points of intersection between this country’s food system and contemporary American Judaism, looking for ways to heal both. Yael currently lives and works on a farm in Washington state.