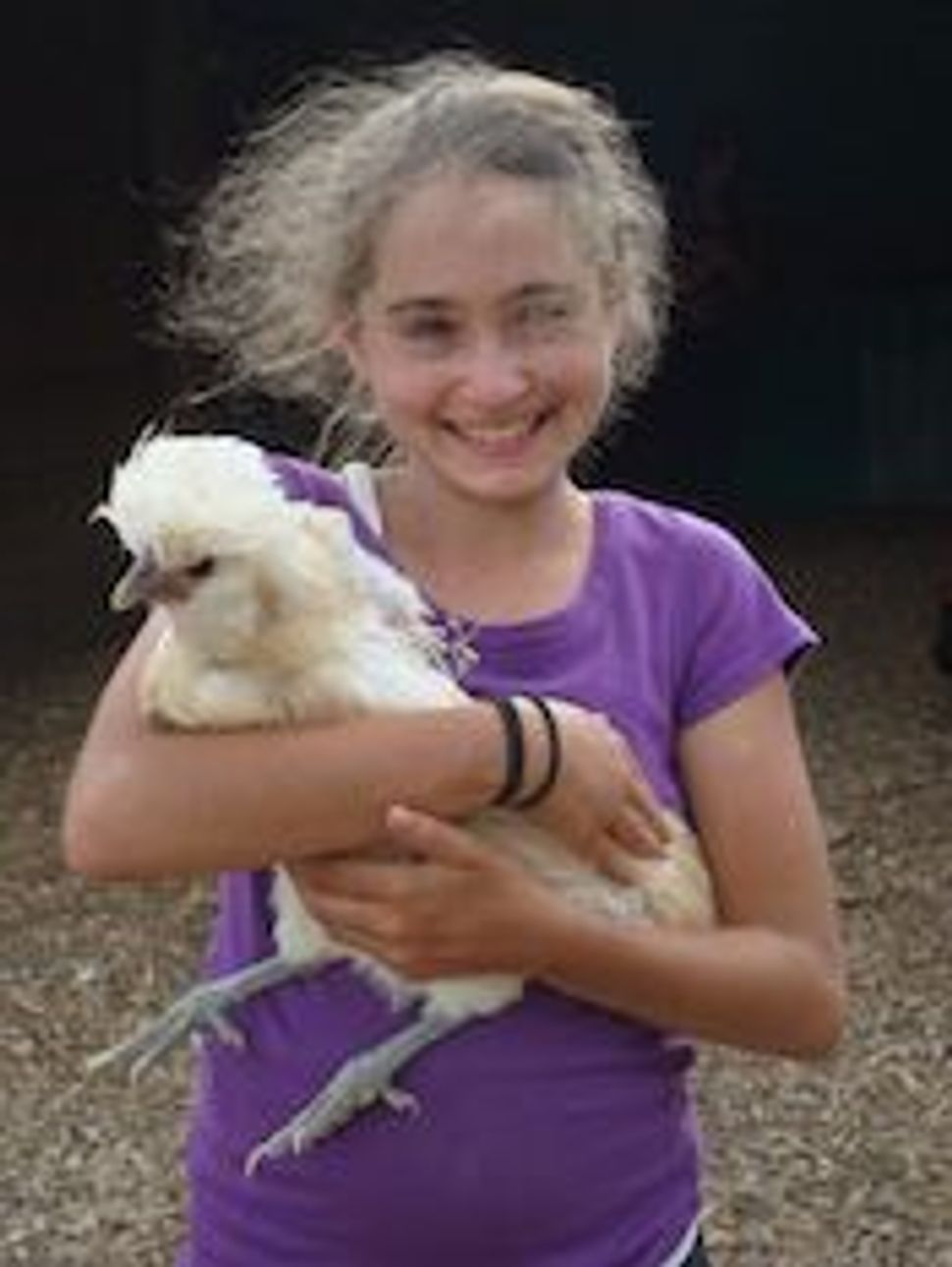 One of the most difficult moments of my stint as Ramah Outdoor Adventure’s first Food Educator came moments before we welcomed in our second Shabbat of the season. Like many camps, Ramah holds a weekly competition for the cleanest bunk (or tent, in this case) every Friday. And like many camps, Ramah was rewarding the inhabitants of the tidiest space with sugar — the first week’s winners got Fruit Loops for breakfast. As the in-house advocate for whole foods, I was displeased with the arrangement, so when the camp ran out of Fruit Loops after a week I set out to make a change. I suggested to the camp director, Rabbi Eliav Bock, that we award the cleanest bunk a different special breakfast on Sundays: Rocky Mountain toast made with eggs from our hens. Bock gave me a look that said “What kid on this planet would get as excited over eggs as sugar?” but told me that if I got the go-ahead from the chef then it would be fine.

Four miscommunications and several days later, I was making my way to Kabbalat Shabbat when I heard someone behind me say “Sorry, Yael,” and turned around to see the Camp Abba (Camp Dad) standing at the door of the winning tent with an armload of Hershey’s bars.

I almost quit on the spot, but then I realized that these were the moments where I could do my best work; that this was the reason I was at Ramah. While Ramah is invested in serving good food — the camp spends significantly more than most others on meals — there is work to be done, and it was my job to do it. Many people are completely bewildered when I tell them that I was camp’s Food Educator. “I’m sorry, the what? What does that mean?” and it’s a surprisingly difficult question to answer. But I think the answer lies in that moment when I didn’t quit, and I explained to the Camp Abba that we all choose our battles — and that mine was the food and the food culture at camp.

As Food Educator my role was also to impart to the campers and staff the connections between food, Judaism, and environmental consciousness. I designed and delivered a curriculum for the 7th and 8th graders that drew ties between food and the food system and Judaism. Through activities such as meditation over a graham cracker, we explored the idea that for every morsel of food we eat, we are indebted to the land, to the people who work the land, and to the higher power that gives the land and the people the ability to bring forth food. I kept an updated board outside the dining hall with the daily menu and a fun food fact of the day, and introduced Capitan Bizbuz (Captain Foodwaste) and his cohort Shimon She’eriyot (Simon Scraps) to encourage campers to “take what you need, and eat what you take.” I also had the immense privilege of seeing one group through their first shechita (ritual slaughter).

I’m not sure what kind of response I had expected, but I got more than I ever could have asked for. During camp, kids and counselors engaged in meaningful discussion about the food system and asked questions that showed that they had started thinking more about the issues. After camp, I received several reports from Bock of parents whose children have changed their eating habits. One camper no longer eats chicken, and another no longer eats Hershey’s chocolate because of the child slavery issues involved in its production.

And, as it turns out, Rocky Mountain toast is a very effective motivator for cabin cleanup.

Yaël Greenberg is deeply interested in the points of intersection between the food system and contemporary American Judaism. She currently lives and works on a farm in Washington State.