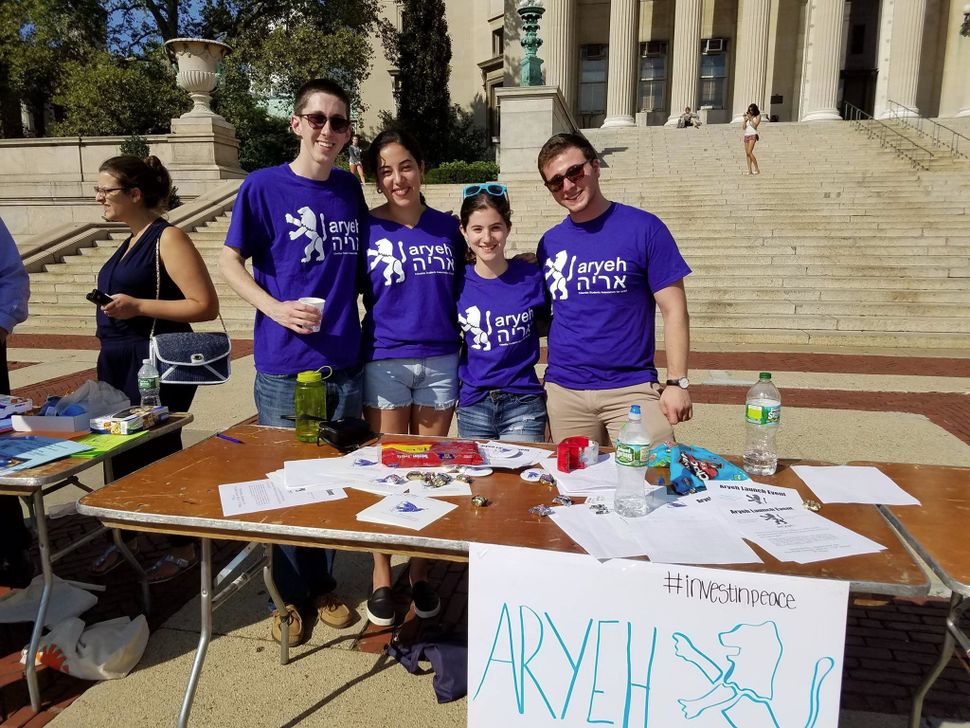 Pundits have called this year the beginning of a new post-fact order, and a recent ranking of colleges by the Algemeiner lends credence to that classification.

The Algemeiner claims that “among the many factors taken into account in the compilation of this list are: the number of antisemitic incidents on each campus; the number of anti-Israel groups, and the extent to which they are active; the Jewish student population, and number of Jewish pro-Israel groups; the availability of Jewish resources on campus; the success or lack thereof of Israel boycott efforts; and the public positions of faculty members with respect to BDS.”

Let’s break down some of these categories.

Number of antisemitic incidents: Too few to count.
Number of anti-Israel groups: 2 (why is this relevant to the anti-Semitic nature of a campus?)
Jewish Student Population: 1500 undergraduates
Number of Jewish pro-Israel groups: at least four
> Availability of Jewish resources on campus: readily available
Success or lack thereof of Israel Boycott efforts: unsuccessful
Public positions of faculty members with Respect to BDS: Over 200 Columbia faculty and administrators called on the University Trustees NOT to divest

So how did the Algemeiner reach this conclusion? According to their own explanation, they “interviewed numerous experts, campus activists, and students, to secure corroborative testimony and additional insights.” I’m not entirely sure what would characterize someone as an expert in this field, but I’m quite familiar with the Jewish student activist community at Columbia. I reached out to some of them to see how they reacted to the Algemeiner piece thinking that maybe, just maybe, the Algemeiner had reached out to these current and former student leaders, and they had expressed opinions that I simply didn’t know they held.

David Quintas, the current president of the Hillel student executive board, told me the following:

“After my very first class freshman year, I approached my professor and nervously informed her that I would be missing three lectures for various holidays over the course of the semester. She not only accepted my upcoming absences as legitimate (which she was required by the university to do), but went out of her way to record those lectures for me and one other student who would be missing them for Jewish Holidays. Whether through small scale accommodations like that one or through large scale projects like the free weekly Shabbat dinners for hundreds of students we have in Hillel or the dancing and singing which takes place on Low Steps on the night of Simchat Torah, Columbia is a remarkable campus where students like me and countless others have been able to grow in their Jewish life, pride, and engagement.”

Seffi Kogen, who was Hillel’s president in 2013, told me:

“In my two years on Columbia/Barnard Hillel’s student board, we had to deal with many pressing issues. Issues like how to fund all of the amazing programming my intrepid peers were dreaming up; how to adequately provide for the diverse needs of Reform, Conservative, and Orthodox religiously engaged Jews; how to channel the pro-Israel energies of students all along the political spectrum; how to find a space large enough to hold all of the hundreds of young Jews eager to celebrate Shabbat together. At Columbia, anti-Semitism was not a concern at all, and there was no serious anti-Israel movement to speak of.”

I then called Alexander Rabinowitz, a current sophomore at Columbia who I knew transferred to the university precisely because of its rich Jewish life. He told me:

I left UChicago because I wasn’t happy with the lack of a robust Jewish life. I came to Columbia having heard the stereotype—propagated by community assumptions— that the university is anti-Israel and anti-Semitic, but i’ve yet to encounter either in any meaningful or direct way. UChicago, which is supposedly this bastion of conservatism, passed a BDS resolution in the spring. There was no Jewish organizational response, whereas at Columbia, the groups within the Hillel community, Aryeh, Jstreet, they’re unified, there’s communication, good will between the groups. It seems that the researchers for the Algemeiner list spoke only to SSI—a group that as far as I can tell has about 3 members who are actually part of the Columbia community. Lee Bollinger, our president, is a free speech scholar. There is no shutting down of the pro-Israel point of view.

From my experiences with Students for Justice in Palestine to wholly anti-Israel professors and curriculums, I can say with certainty that Columbia University may be a challenging campus but it is a stretch to call it anti-Semitic. The line between anti-Zionism and anti-Semitism may be a thin one, but in my time on campus I never felt it was crossed.

Ron Shapiro, who was president after Eric, told me,

While most outsiders think of Apartheid Week at Columbia to be the quintessential experience of anti-Semitism on campus, from my experience coordinating Hillel’s displays for my four years on campus it was quite the opposite. The messages of Israel’s continued efforts to embrace its multicultural society, support of Palestinian infrastructure, and hopes for peace resonate with the Columbia community much more than a few shouts of Apartheid without strong backing.

Aviva Pratzer, who took over after Ron, told me:

While it’s true there is a strong anti- Israel presence at Columbia, that in no way diminishes the fact that Columbia has one of the most vibrant and one of the strongest Jewish communities on a university campus. Jewish students are provided with a variety of opportunities to get involved with and experience Jewish life on campus and be a part of an incredibly diverse and supportive community.

Ben Lewinter, who took over after Aviva told me:

This list adheres to an exceptionally narrow and myopic understanding of how Jewish students experience campus life. Columbia happens to boast one of the most vibrant, engaged, and diverse Jewish communities out there. The Hillel is easily the largest and most active student group on campus. Hundreds of students step through its doors every Friday night, dozens of which hold leadership positions within its myriad groups and communities. Truthfully, it’s hard to imagine a better place for Jewish students to spend their college years.

Sure, Columbia also has a relatively large anti-Israel activist scene, but let’s not make the fallacious claim of correlating that with “bad for Jews”. This only serves to isolate students away from opportunities to engage with challenging ideas, opportunities that can actually help expand their minds and deepen their sense of Jewish identity. Let’s not encourage students to shelter themselves from such essential opportunities.

I took over as Aryeh’s president after Ben, and in case it needed clarifying, my thoughts on this list, in a nutshell, are: It is in fact possible to be anti-Israel without being anti-Semitic. That’s not to say that the two aren’t heavily correlated, that they don’t often intersect. But it’s a mistake to say that because there is an active anti-Israel community at Columbia, the university is a bad place for Jews to thrive. The students who wake up every morning despising Israel because their grandparents left, or were forcibly exiled, or [insert whatever way you’d like to describe the experience of leaving what used to be their homes], their hatred is not rooted in anti-Semitism. It’s rooted in the reality that there is an ongoing regional conflict, and Israel represents their opposition. There’s a man who stands outside Columbia’s gates with various anti-Semitic signs. Recently, a hollowed out book filled with white-nationalist propaganda was found in Butler library. Sometimes, members of the anti-Zionist community call for intifada and use the slur “zio.” All this is to say that there are, on occasion, real issues on Columbia’s campus. But these are isolated incidents that in no way represent the totality of Jewish experience at Columbia.

I’m shocked Columbia is at the top of this list. It has a thriving Jewish community — both Orthodox and not — and scores of students walk around campus and attend class in kippot and with Star of David necklaces. In my 2.5 years at Columbia, I’ve heard of two anti-Jewish remarks aimed at my peers, and it is unclear whether one was from another student or a random passerby. The study overstates the extent of the anti-Israel activism on campus. Aryeh has hosted around 35 events in my time at Columbia, and in that time, in only one (with Jerusalem Mayor Nir Barkat) was there a walkout. He was not shouted down, nor was any other speaker. 150 people enjoyed his talk while 15-20, who had been sitting in the back holding signs, left quietly. To my knowledge, there has only been one comparable incident involving other pro-Israel groups over the past few years.

I have no reason to defend Columbia as an institution. I personally disagree with many of the administration’s decisions on numerous campus issues. But by putting Columbia at the top of this list, the organizers cast doubt on the validity of the rest of their claims. I’ve spent some time on other campuses, and talked to many students nationwide, and it’s clear to me that Columbia is one of the best colleges for Jewish students. Crying wolf about Columbia is not only misleading, but harms the Jewish students at schools with real anti-semitism and without a strong Hillel community.

These students represent the current and former leadership of the Jewish and pro-Israel communities at Columbia. The Algemeiner claims their list was based, in part, on “corroborative testimony” from “campus activists and students.”

So my question is: with whom did the Algemeiner speak?