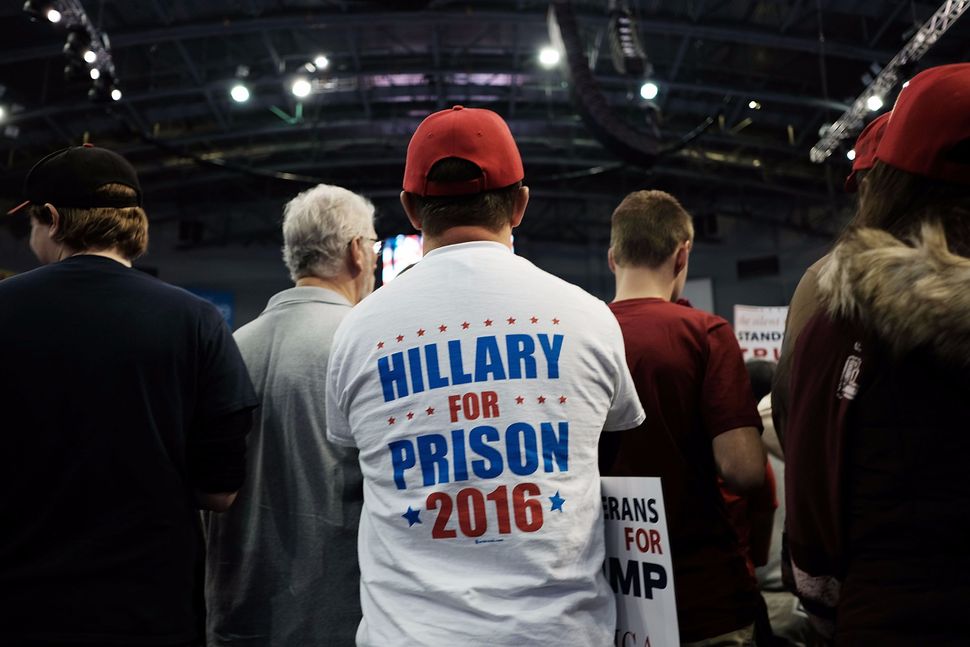 I just read an article in the Forward by a Jewish writer, Joshua Seidel, who claims membership in the “alt-right.” Seidel’s argument, like most other conversations that I’ve had with right-wing Jews in the aftermath of this election, was based on a particularist interpretation of Jewish needs and a sense that the political right has something to offer Jews that the political left does not. Seidel supports his claims, in multiple articles, with references to anti-Semitism and anti-Zionism on the left. I’m no stranger to leftist anti-Semitism and anti-Zionism myself, but take it from a Jew who spends much of his time combatting both: moving to the right is not the answer. We as Jews must be morally upstanding citizens as well as effective advocates for our own needs. That means sticking with the left.

Jews who support the “alt-right” ignore the universalistic lessons of Jewish history. We have a basic ethical responsibility, as Jews and as human beings, to be good allies to others who are facing oppression. After millennia of suffering at the hands of Diaspora anti-Semites, whether Crusaders, Tsarists, Fascists, Soviets, or Nasserists, we, more than anyone, should understand the suffering of our fellow human beings who are marginalized because of religion, race, ethnicity, gender, sexuality, or anything else. We should remember how devastated our communities were when we found that our non-Jewish neighbors, for the most part, were not willing to stand up for our rights. And then we should strive to be better. Out of respect for our ancestors who were oppressed, marginalized, expelled, and massacred all over the world, we must stand up to the same oppression when we see it today, against any community.

Furthermore, the “alt-right” is not good for the Jews. The anti-Semitism of the “alt-right” isn’t limited to Holocaust-evoking memes (although that is cause enough for great concern). Anti-Semitic hate crimes have spiked with the rise of Trump, and Trump himself has mainstreamed anti-Semitic politics – recall his anti-Semitic Twitter attacks on Jon Stewart and Hillary Clinton and his extremely disturbing, Elders-of-Zion-evoking closing campaign ad. The worst historical manifestations of anti-Semitism didn’t start with mass violence; they began with propaganda.

Moreover, even if the “alt-right” were to abandon anti-Semitism, large swaths of the Jewish community would not be safe from its other forms of racism (Jews of color comprise 20% of the American Jewish population), misogyny, homophobia, transphobia, and even politically motivated repression (Jews voted for Hillary Clinton by an enormous margin). Even in purely particularistic terms, anyone who values the safety of American Jews ought to be terrified of the “alt-right.”

The particularistic argument for Jews to support the “alt-right” tends to dismiss all of those factors and focus instead on left-wing anti-Semitism and anti-Zionism. Many identity groups are encouraged to integrate the particularistic issues relevant to their communities with universalistic progressive ideas -– the fights against anti-Black racism, Islamophobia, and misogyny, for example, are all regarded as core issues of the left (and they should be). But an exception is often made for Jewish issues, to the point that many Jews feel forced to choose between their particularistic Jewish concerns and their universalistic progressive beliefs. Anti-Semitism is often ignored, and Jewish history, including the Holocaust, is dismissed as irrelevant to current events even while the histories of other minority groups are valued and integrated into contemporary activism. Foreign policy concerns of other minority communities are taken seriously on the left in a way that the safety of the 6 million Jews who live in Israel often is not, and other ideological liberation movements, even those with checkered histories, are embraced while Zionism is spurned. All too often, the left tolerates activists who are openly anti-Semitic in a way that it doesn’t other kinds of racists, and many progressive movements are undeniably rife with anti-Zionism.

All of those problems on the left are real and important, but the solution is not to flee to the “alt-right.” If Jews are frightened away from progressive movements and fail to “show up” for progressive causes, the anti-Semites are vindicated. The causes about which we are passionate suffer, and we have even less of a voice to express our concerns on the left. Our best chance at confronting anti-Semitism and anti-Zionism on the left is to remain a part of the pro-justice movement and to speak up for Jewish issues from there.

To abandon our own universalistic values and to align with the intense anti-Semitism of the “alt-right” would be both foolish and morally reprehensible. For all of the problems on the left, I truly believe that there is great potential for Jewish concerns to be integrated into American progressive politics; no such potential exists on the “alt-right.”