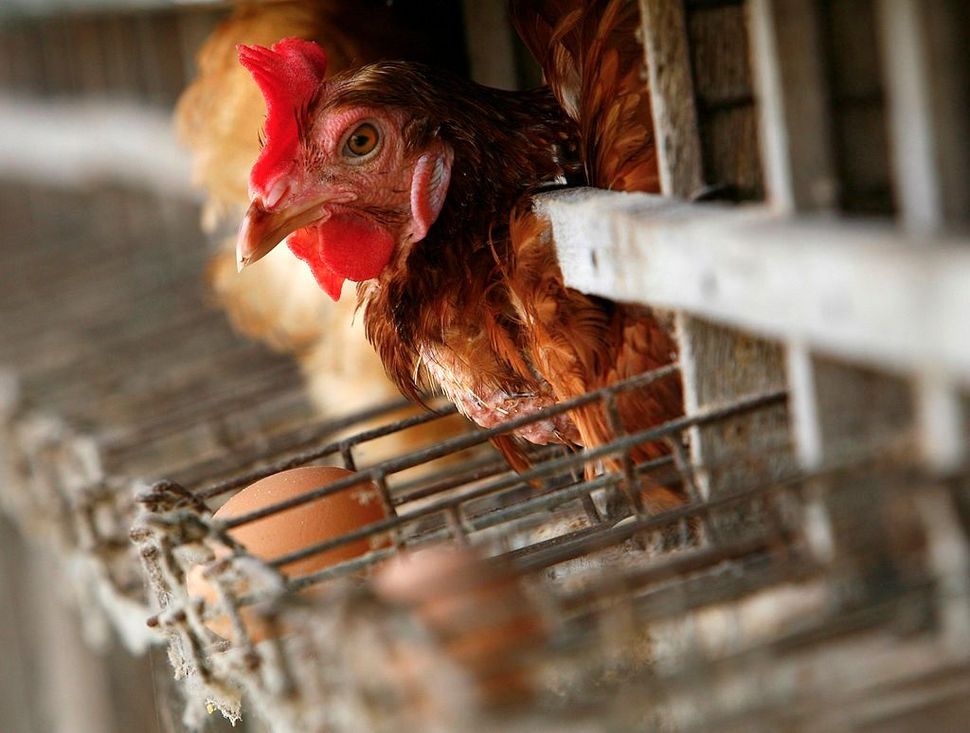 Many worry that a new proposal to ban ritual slaughter in the Belgian region of Flanders is yet another attempt to mask anti-Semitism and Islamophobia with a disingenuous argument for animal welfare — and they’re right to be concerned. The draft law requires pre-slaughter electrical stunning of sheep and poultry. This proposed bans violate kosher and halal laws, which don’t allow the killing of injured animals for food. As Eliyahu Federman points out, this proposed ban is one of many historical attempts, some successful, to limit religious freedoms for Jews and Muslims. Right on the heels of this news, Marine Le Pen, far-right candidate in the upcoming French presidential elections, also announced she would prohibit unstunned ritual slaughter if voted into office.

The Jewish Initiative for Animals stands firmly against anti-Semitic legislation which seeks to ban religious slaughter. Unfortunately, these bans, though they tout a pro-animal message, dilute the efforts to fight actual large-scale animal welfare problems, like industrialized animal agriculture. As an animal welfare group, we maintain strong solidarity with animal advocates who are working to end animal cruelty and factory farming: an inhumane and unsustainable system that affects the kosher and non-kosher animal agriculture industries alike.

After all, issuing restrictions on minority religious practice is almost certainly unrelated to welfare concerns. Federman demonstrates, astutely, how ritual slaughter bans are not propped up by an especially humane surrounding culture. It is unjust and inconsistent to single out ritual slaughter in the face of far more egregious practices in Belgium, such as those on food production factory farms, mink fur farms, and in sport hunting. And, for societies aspiring to support the most humane forms of slaughter, foremost research already confirms that ritual slaughter can be humane when performed correctly. Dr. Temple Grandin, a world-renowned animal welfare expert who both has studied and written extensively about stun and non-stun slaughter, has repeatedly asserted this.

In fact, she makes the same base recommendation for maintaining a high level of welfare in both ritual and non-ritual slaughter situations. According to Grandin, pre-slaughter stunning is not the key component in ensuring high welfare. Rather, “the most important factor determining whether a packing plant has good or bad animal welfare practices is the attitude of management personnel.” When there is poor management and human workers operate sloppily, animals suffer, no matter what method of slaughter.

Animal welfare problems are rife in all sectors of the meat industry, and so it is still our charge as Jews to uphold the value of tzaar baalei chayim (ethical treatment of animals), which tasks us with preventing unnecessary suffering. In the United States, the Humane Methods of Livestock Slaughter law was passed for the same reason, and also protects the practice of ritual slaughter. Not all humane slaughter legislation has ulterior, bigoted motives, and not all ritual slaughter is carried out perfectly. Political assaults like those in Belgium and in France should be taken seriously for their underlying prejudiced agendas. They should not, however, distract us from standing against factory farming, a system that produces the vast majority of kosher and non-kosher meat—and causes the most animal suffering—worldwide.