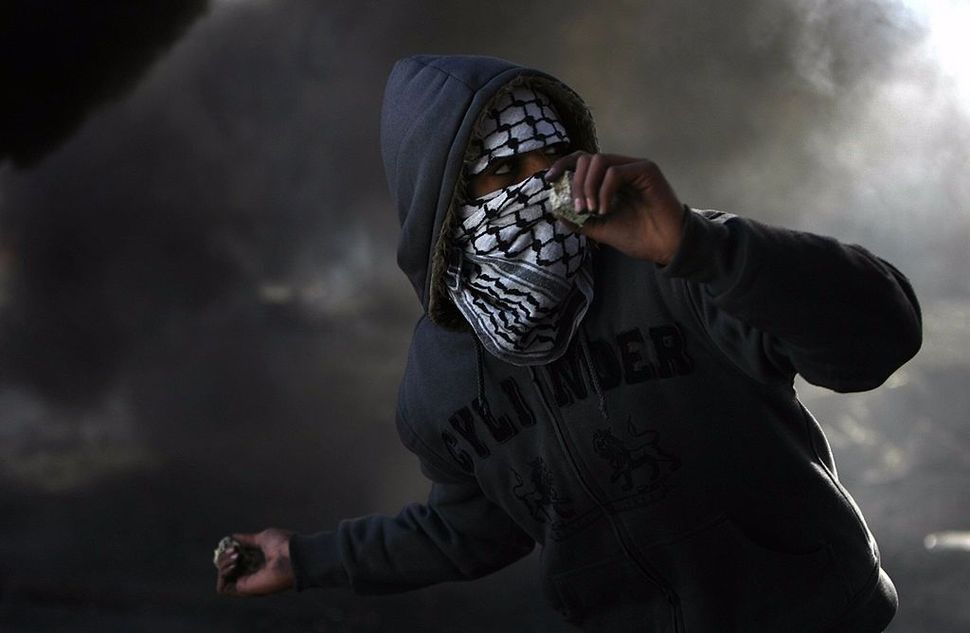 While Zionists around the world celebrated Israeli Independence Day, Yom Ha’atzmaut, on May 2, Palestinians commemorated the Nakba, the resulting “catastrophe” on May 15. On June 5, Palestinians will also commemorate the 50th year of living under occupation, while for some Israelis it is the 50th year of the unification of what they describe as Judea and Samaria. Given their conflicting narratives, I deeply admired the efforts by peace activists who have been bringing Israelis and Palestinians together for the past 12 years to create an Alternative Israeli-Palestinian Memorial Day. But why do we not see more of these peace and normalization efforts coming from Palestinians?

As demonstrated in Remi Kanazi’s “Normalize This” poem, normalization of Israelis and Jews is stigmatized in Palestinian society, whether in the diaspora or in Israel-Palestine. After watching the performance and other displays of anti-normalization sentiment from Palestinians, I struggled to understand why. I feared it meant that Palestinians are opposed to peace with Israel and the Jewish people in principle. However, after considering Palestinian perspectives’ as the disadvantaged side and social psychology theories, I began to understand that the anti-normalization sentiment is not necessarily ideological, but rather for practical reasons.

During a tour I took in the Israeli settlement Gush Etzion, I attended a session where a Palestinian worker talked about how he fled from Hamas’ tyranny in northern Hebron and was given refuge in an Israeli settlement and permitted to work there. He said he saw Hamas as a terrorist organization and recognized Israel’s right to exist as a Jewish state. He was the Palestinian every pro-Israel advocate dreamed of. Yet, when I asked him after the speech why more Palestinians can’t commit to normalization like him, to my surprise, he defended his people’s sentiment. He said that you have to understand that there is an occupation disrupting people’s daily lives and it is hard to normalize with the people who do to that to you.

I began to further empathize with Palestinians after my trips through Ramallah and other cities in the Palestinian Territories. I experience the hardships Palestinians go through on a daily basis, such as going through checkpoints and being cut off from friends and family. Though it may be genuinely out of security concerns, the military presence does still disrupt the lives of ordinary Palestinians and it makes it emotionally difficult for them to normalize with the ones occupying them.

Nevertheless, intergroup contact can come in different forms and models. In his 2011 article, “Does Contact Work in Protracted Asymmetrical Conflict,” Ifat Maoz (2011), categorizes and describes four different models he observed in intergroup contact in Israel-Palestine over the past twenty years.

The Coexistence Model and Joint Projects Model focus on improving intergroup relations through interpersonal values and similarities. These have been the dominant models in Israeli-Palestinian dialogue and are seen as “supporting the status quo of the existing structural relations between Jews and Palestinian-Arabs in Israel rather than seeking social or political change.” The Confrontational Model and Narrative Models, in contrast, focus more on “the existing conflict and power asymmetries between Israeli Jews and Palestinians” through sharing narratives and personal experiences. This is seen as more appealing and practical for the disadvantaged side, in this case the Palestinians, because they give the opportunity to raise awareness of the power imbalance and make change. However, according to Maoz, the coexistence models have been the dominant form of Israeli-Palestinian dialogue by consisting of roughly 60% of the models, while the confrontational and narrative models have only been about 34%.
Therefore, if intergroup contact between Israelis and Palestinians is going to practically make change, we need to see a rebalancing and restructuring of the models in Israeli-Palestinian dialogue. More intergroup dialogue should be reflected on the narrative models where Israelis and Palestinians will tell their and hear the other side’s narrative of victimhood, allowing them to feel empathy for each other and motivate them to make change.

Moreover, when having Israelis and Palestinians discussing their personal experiences and narratives, Palestinians should be given slightly more room and time to express themselves. Israelis certainly have a legitimate narrative and their voices should be heard, but the Palestinians should be given slightly more time due to the power imbalance of the conflict. As Dr. Julia Chaitin writes in her book Peace-Building in Israel and Palestine: Social psychology and grassroots initiatives, “given that the opposite is usually true of our conflict, it is important for the Jewish-Israelis to give their colleagues the stage that they are usually denied. This is important since most Israelis do not know what the Palestinians experience on a daily basis, and also important since Palestinians often feel silence, and…find it very difficult to listen to the ‘Israeli side.’”

Jonah Naghi double majored in Psychology and Middle Eastern Studies at Clark University. He is of Iranian Jewish descent and likes to write about Mizrahi affairs.