Of Course Non-Jews Don’t Understand Jewish Views On Intermarriage — Neither Do We. 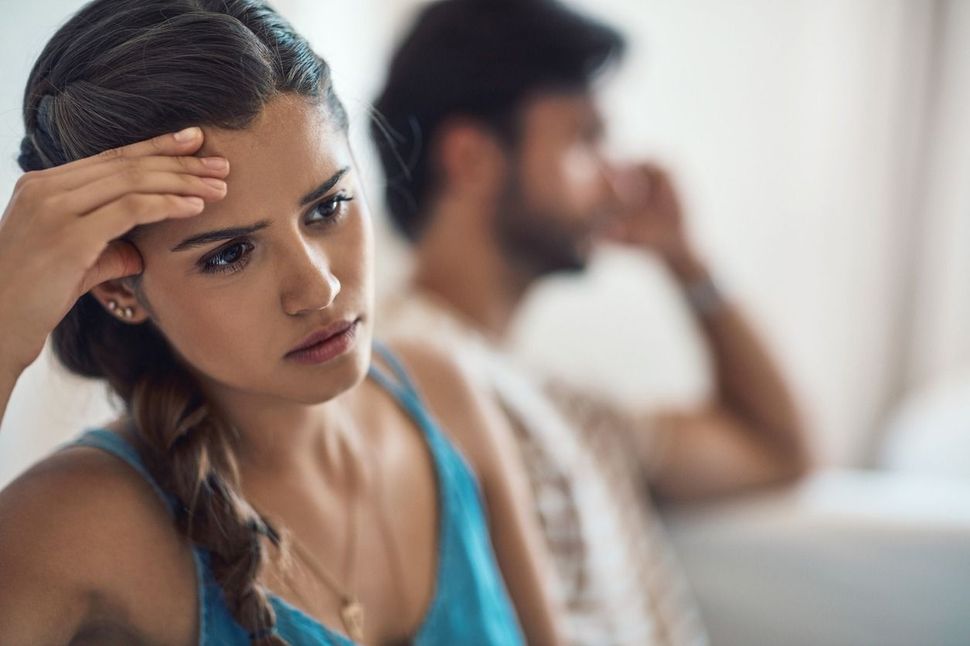 While Carey Purcell’s recent personal op-ed about her failed attempts at interfaith dating had poor timing, there is nothing in her statement that I have not heard, witnessed or experienced after nearly 45 years as a Reform rabbi.

The shock, rage and concern that the piece was anti-Semitic was, in my view, misplaced. The woman wrote a personal statement about two Jewish men and their families and was subsequently misled by her editors —maybe as she had been misled by both herself and the Jewish men she dated.

Purcell is a self-described “WASP” who claims that she had dated “Jewish men who at first said religion didn’t matter.” I can appreciate her confusion. These particular Jewish men and others I have known and counseled have also explained that religion doesn’t matter — but Jewish Identity is a whole different conversation. Purcell made a choice to write about her feelings in a newspaper and has now apologized — which in my view was unnecessary. Rather than discuss her op-ed, the more pressing issue is the one that we aren’t talking about in public. While we do have manners in public, behind closed doors, the institutional Jewish community can only be pleased that she, a Christian, is not marrying one of these Jews.

Though the Reform movement has embraced interfaith families since 1978 and the Orthodox movement never will, the Conservative movement is currently in turmoil over the issue. Recently, two rabbinic leaders of the Rabbinical Assembly and the United Synagogue of Conservative Judaism announced that they are stepping down, in the midst of a public and private challenge over interfaith marriage. Maybe the family rabbis of the Jewish men depicted in the op-ed were Conservative Jews who had openly expressed opposition to interfaith marriage.

While we don’t know much about the families of the two men Purcell dated, we also don’t know anything about her family. Would her parents have pressured the children to be baptized or to attend church with her? I have met with Christian parents as their children moved toward becoming Jews or raising Jewish children, and also tragically when they must bury their adult child who is to be buried in a Jewish cemetery and they need to be reassured that when they — the parents — die that they will be reunited with their child. We are missing so much about our author and her life. The challenges to the interfaith family do not end under the chuppah (or at the altar).

Rabbi Edwin Friedman wrote and lectured about “The Myth of the Shiksa” after more than 25 years of doing research as a certified family therapist. His essay might help Purcell and her family understand her frustrations with the families of the men she dated.

While we Jews are now counting the Omer, we might also count the number of women and men who are no less confused and frustrated about the Jewish men and women that they are dating or have dated. There were many non-Jewish partners of Jews who were invited to our Seders, and maybe some of them will end their relationships. Others will try to understand how to live inside our Jewish families, congregations and communities. We need to be open, sensitive and caring to anyone who has questions and to anyone who dates a Jew. We must welcome the non-Jewish desire to understand us, no matter what ultimately happens in their interpersonal life.

Rabbi Joseph A. Edelheit is an Emeritus Professor of Religious and Jewish Studies at St. Cloud State University. He is currently writing and volunteering in small communities in Brazil where there are no Progressive rabbis.

Of Course Non-Jews Don’t Understand Jewish Views On Intermarriage — Neither Do We.