Why Israel Is The World’s Vegan Capital 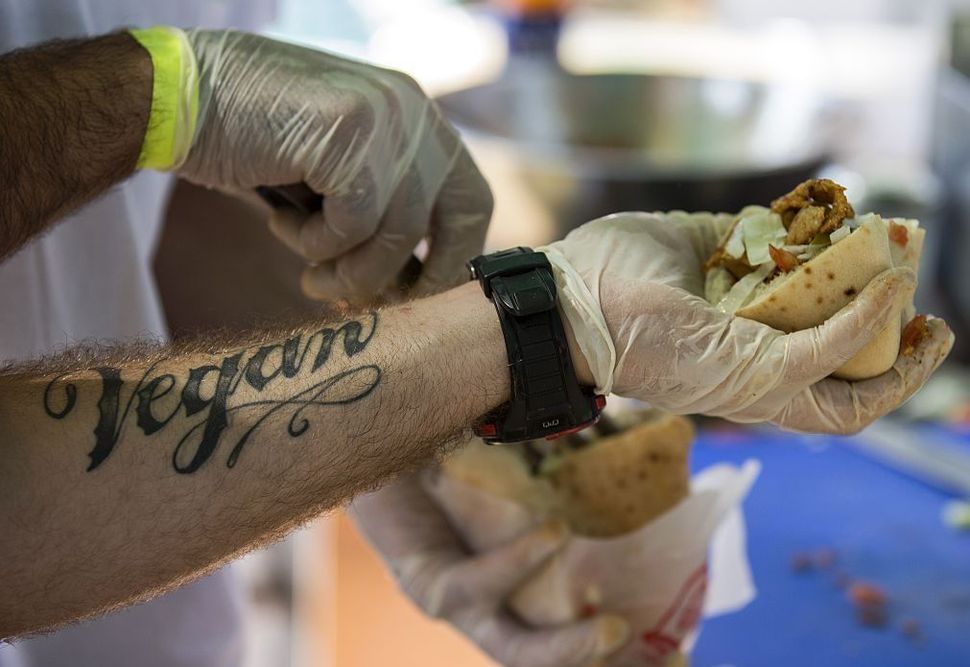 A cook prepares a shawarma with seitan (wheat meat), during the ‘Vegan Fest’ fair on October 13, 2014 in the Israeli city of Ramat Gan near Tel Aviv. Image by Getty Images 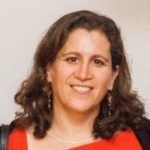 Unless you have been living under a rock you will probably already know that Israel has become the leading vegan country in the world, with 5.2% of the population eschewing all animal goods in their daily diet. This number has more than doubled since only 2010 when 2.6% of the population was vegan or vegetarian.

Why are there so many vegans in Israel? Are they just ahead of the world trend or are there unique reasons that the numbers are disproportionately higher than anywhere else in the world? Or possibly a combination of both?

Israel-based Ori Shavit, an international promoter of vegan culture, believes there are multiple reasons that Israelis and those around the globe have embraced reducing their consumption of animal products. Some are primarily motivated by improving their health, others by stopping cruelty towards animals and others by their concern for the environment.

However, she notes that there are a number of unique reasons that Israelis are leading this trend. “Israel is a nation of immigrants that came from all over the world with their own cultures and cuisines. The country is very young and still evolving so people here are less attached to traditional eating, they are used to trying new things and love innovations — therefore they are less scared to make a change in their diet,” she told Plus 61J.

Innovation in the start-up nation is not limited to technology but also includes the culinary world. Israel, particularly Tel Aviv, has a slew of leading vegan and vegetarian restaurants, with over 400 considered “vegan friendly”. Israeli companies are also developing vegan meat and Israelis are considered early adopters.

In 2013 Domino’s Pizza launched its first vegan pizza with non-dairy cheese, which is only now just becoming available in other countries. Israel is also the first country outside of the US to offer Ben and Jerry’s vegan ice cream flavours. As Israel has a relatively small population, it’s interesting that these two major international chains both chose to launch their dairy-free products in the holy land.

Shavit also explains that as Israel is such a relatively small country, trends and information move very quickly, particularly with the help of social media. “When a new trend starts, it catches like fire. Israelis are very direct and bold; you will hear everything about it and have all the information ‘in your face’ so you become much more aware.”

She has previously noted the viral impact of Jewish-American activist Gary Yourofsky, whose Hebrew-subtitled video lecture on animal cruelty has more than one million views. This means he has almost reached a staggering one-eighth of Israel’s population.

In addition, she notes that many Jewish Israelis are used to keeping kosher. “That means that most Israelis are familiar with the idea of thinking before they eat, checking the ingredients, looking at the label, avoiding certain foods and separating others.”

Australian Ondine Sherman, the Managing Director and Co-founder of Voiceless, the animal protection institute, believes the lack of progress in the political situation between Israelis and Palestinians is also contributing to high rates of veganism in Israel, where she now lives. “Many young Israelis feel disempowered and despondent by years of stagnation and lack of progress towards peace.

“Animal rights and vegan activism are social justice movements where each individual can make a direct positive impact on the lives of animals. Making a difference, being a force for change, is empowering and invigorating.”

She notes that the Israel Defence Forces (IDF) even provides an increasing number of vegan meals for soldiers as well as non-leather boots and non-wool berets.

Shavit believes that “perhaps for some people the fact that they cannot affect the political situation in Israel and solve the ongoing conflict, drives them towards finding another way to make the world a better, and a much more peaceful and non-violent place,” by focusing on their food rather than political choices.

While Israel has been accused by some of “vegan washing”, attempting to polish its troubled political image with a dose of vegan-friendliness, Shavit says going vegan for political reasons “is one of many reasons to do so and it’s not unique to Israel. We have so many places in the world when there are wars, oppression and abuse of humans. Unfortunately, everywhere around the world you can find oppression and abuse of animals.

“No matter where you live, the greatest effect an individual can have on the world starts on his or her plate — so no wonder that people who understand that will try to make a better choice for their food.”

Sharon Berger is Program Manager at the New Israel Fund, Australia. Prior to joining NIF, she worked at Shalom, organising Limmud and the Sydney Jewish Writers Festival. Sharon is a former journalist for The Jerusalem Post, Reuters, the Economist Intelligence Unit and the Australian Jewish News.

Why Israel Is The World’s Vegan Capital