Britain’s Labour Party Should Serve As A Warning For U.S. Democrats 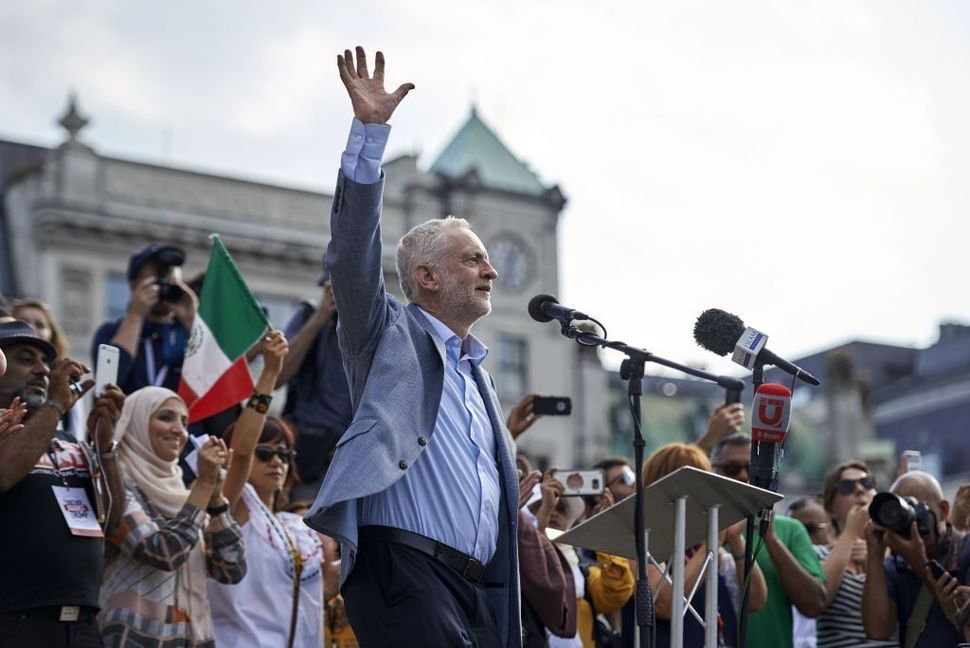 Britain’s opposition Labour Party leader Jeremy Corbyn addresses the crowd in Trafalgar Square as protesters against the UK visit of US President Donald Trump gather after taking part in a march in London on July 13, 2018. Image by Getty Images 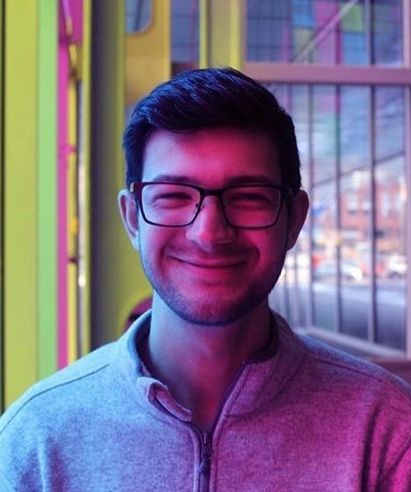 In light of anti-Semitism scandals plaguing the Labour Party in Britain, and increasing incidents of far-left anti-Semitism on North American college campuses, contemporary anti-Semitism and its overlap with anti-Zionism have been subjects of significant discussion and disagreement.

Anti-Zionism is not inherently anti-Semitic — but it very often is, and the separation of the two is often overemphasized. Leftists must spend a little less time lecturing Jews and a little more time listening to Jews. Otherwise, it won’t just be a moral catastrophe and a betrayal of the left’s anti-racist tradition — the Democrats will also suffer electoral consequences from Jewish voters.

There was a time when, like the Democratic Party in the United States, the British Labour Party served as the natural home for the Jewish community, receiving a strong majority of their votes. Recently, however, this has changed in Britain. In the last election, support for Labour among Jews stood at just 26%. In light of ongoing anti-Semitism scandals, many of the top Jewish members of Labour have resigned, and these numbers are likely to shrink even further in the next election.

Why did this happen? It happened because far-left anti-Semites were normalized and given cover in the Labour Party. It happened because they chose a new leader, Jeremy Corbyn, whose militant anti-Zionism has made British Jews feel unwelcome and sidelined.

Jews do not have a happy history, and this history informs our present in deep ways. We have been the subject of expulsion, pillaging and genocide for 2,000 years. We have been the world’s convenient scapegoats for every ill occurring in the societies we have inhabited.

As a result of this trauma, we have declared the words “never again” — words that demand Jewish power, Jewish space and Jewish rights. In focusing primarily on those who are still powerless — a worthy aim which I share — leftists must understand that the powerless cannot be liberated at the direct expense of Jews. The Jewish community has become secondary one too many times, and we will not allow ourselves to be sidelined or made powerless once again.

This includes, but is not limited to, Zionism. Anti-Zionists that demand ideological purity in their spaces and who exclude Zionists from their circles are engaging in anti-Semitism. They are setting a litmus test for participation that will always be unachievable for the vast majority of Jews. This is what is currently happening in the Labour Party. And if American leftists fail to understand this, their political ascendancy will come at the expense and forced departure of much of the Jewish community from their social movements, as well.

Increasingly, some of the same types of unsavory characters who successfully hijacked the Labour Party in Britain are now imposing themselves in America. Democrats should heed this warning before it is too late.

The Democratic Socialists of America are a left-wing political organization, previously on the fringe of American politics, that has begun infiltrating the Democratic Party. As a progressive, I find much of their platform exciting and excellent. However, they appear to show and elevate much of the same far-left anti-Semitic tendencies seen in the Labour Party today. The DSA voted in favor of the Boycott, Divestment, Sactions movement against Israel — a movement that explicitly rejects Israel’s basic right to exist — voting for it on a Saturday, when many of their Jewish members were religiously unable to attend. The DSA has endorsed a slew of anti-Semites. One such example is Maria Estrada, a Democratic candidate for California’s state assembly, who supports Louis Farrakhan and posted on Facebook that Jews feel superior to others, and that Zionists use the Holocaust to justify their “genocide” against the Palestinians.

One of the most famous members of the DSA is Linda Sarsour, a left-wing activist from Brooklyn. A recent op-ed published in the Forward has suggested that Linda Sarsour is a good example of how to be an anti-Zionist without being anti-Semitic, and that the Democrats should learn from her instead of learning from British Labour. I beg to differ. Sarsour’s politics, along with the Democratic Socialists of America, embody the exact same form of toxic Jew-excluding rhetoric as is now on display in Britain.

In her time in the public eye, Sarsour has made her positions quite clear. Sarsour has blamed her unpopularity on the “Jewish media.” She has publicly embraced Rasmea Odeh, a woman convicted of blowing up an Israeli supermarket, murdering two Israeli civilians. She has publicly praised and attended events with Louis Farrakhan and the Nation of Islam, known for their peddling of anti-Semitic conspiracies, including that the Jews plotted 9/11, are spawns of Satan and are part of a global conspiracy to control the world. In 2012, Sarsour expressed her support, saying, “When we write the history of Islam in America, the Nation of Islam is an integral part of that history.” My argument is not necessarily that Sarsour herself is a raging anti-Semite. What I do argue is that, at the least, she does not seem to have any problem publicly making alliances with and befriending raging anti-Semites.

The Democratic Party is at a crossroads. It can choose to go the route of Sarsour, of the Democratic Socialists of America and of radical protest politics that negatively impact Jews in the name of anti-Zionism. Or, it can forge a new, truly inclusive progressive movement focused on the needs of all oppressed people, including Jews and, yes, by association, Zionists.

The British Labour Party has chosen the former. I choose the latter. The path forward comes in the form of collective liberation, not just for those currently disadvantaged by power structures (and this includes Palestinians), but also for Jews, who have fought and suffered in order to gain the power they do have, and who, in many cases, regard the Zionist movement as their own liberation.

But if the Democrats choose the path of radicalism, the message given by American Jews will likely be the same as the message being delivered by British Jews right now: Count us out.

David Naftulin is a junior at McGill University studying Political Science and History. In his free time, David’s primary areas of interest include Labor Zionism, tennis and hummus.

Britain’s Labour Party Should Serve As A Warning For U.S. Democrats