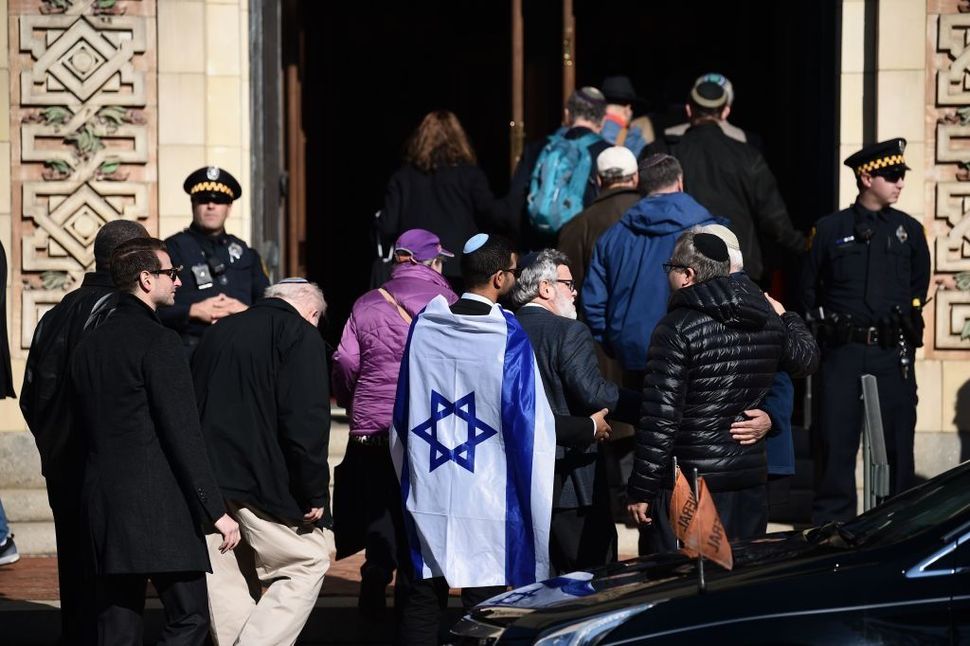 People arrive at the Rodef Shalom Congregation where the funeral for Tree of Life Congregation mass shooting victims Cecil Rosenthal and David Rosenthal who are brothers was held October 30, 2018 in Pittsburgh, Pennsylvania. Image by Getty Images 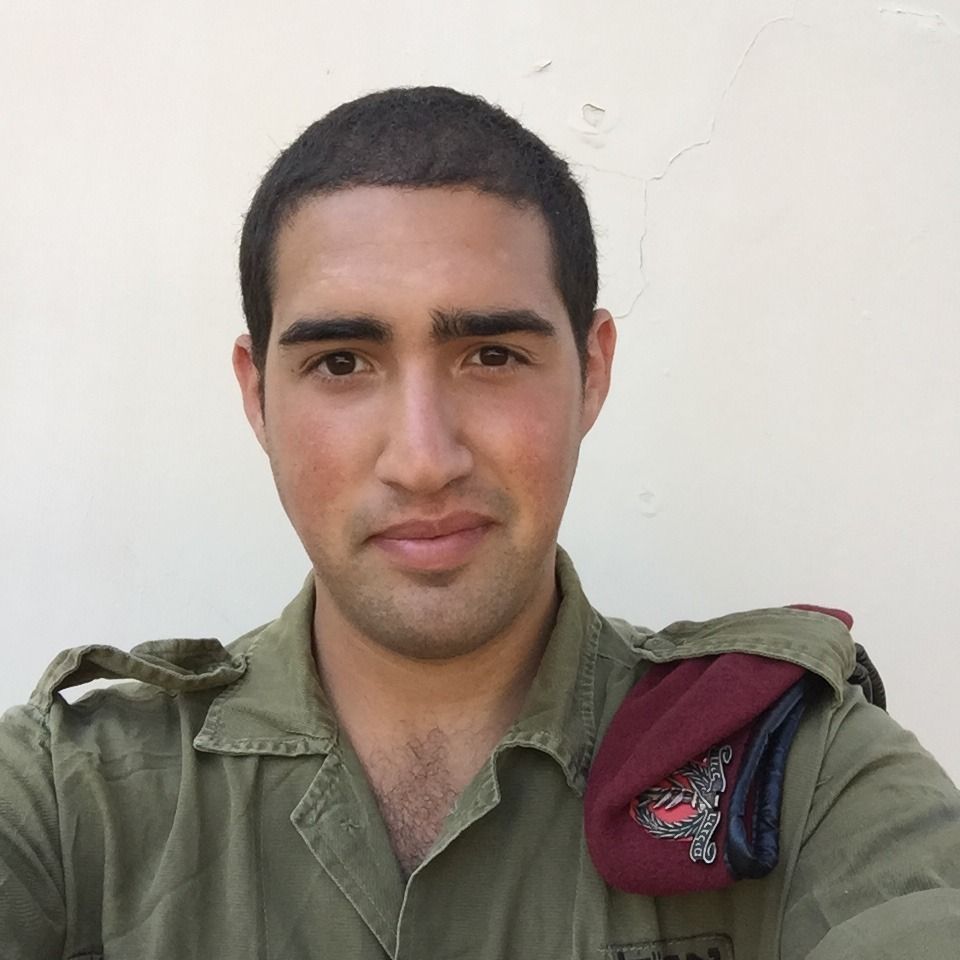 This past weekend, Americans were devastated and heartbroken by the deadliest attack against the American Jewish community in history.

Israeli officials journeyed to Pittsburgh to stand in solidarity with the Tree of Life Congregation. Flags around the country were lowered to half mast, and thousands gathered at synagogues and common spaces across the globe to remember the 11 lives lost in this terrible attack.

At the same time, prominent Israel-bashers, perhaps afraid of looking unsympathetic, offered seemingly empathetic words — words which, truth be told, struck much of the Jewish world as utterly opportunistic and insincere.

Prominent Israel-basher Linda Sarsour was among the first to do so. She posted several times on Twitter and Facebook. The first post read: “Flashbacks of the South Carolina AME Church shooting. To our Jewish communities — we stand with you. We love you. We are here for you. We will say it loud and clear that this is UNACCEPTABLE. These are the consequences of hate. We must be love. We must overwhelm and overcome this hate. Antisemitism, like all forms of racism has no place in our society. Stay close. Stay together. Our unity & solidarity will win in the end. Sending love to the victims and their families.”

With such kind words, perhaps some members of the social justice community will forget certain inconvenient details about the Women’s March leader. While she stands with Jews with her words, she has defended a woman convicted of murdering Jews, Rasmeah Odeh. She is a longtime fan of Louis Farrakhan, a notorious anti-Semite who recently compared Jews to termites.

But though the insincere efforts of Sarsour were intellectually insulting, nothing compares to the public relation stunt pulled by Hamas, an internationally-recognized terrorist organization that devotes a large amount of time and money to murdering Jews.

Hamas issued a condemnation of the attack on the Pittsburgh synagogue: “It is with deep regret and profound sadness that we received the news about the terrorist attack on a Jewish synagogue in Pittsburgh, which resulted in killing 11 innocent Jews and injuring six others. As Palestinians who have been enduring the terrorism of the Israeli occupation, we are the most to realise what terrorism means and its destructive consequences. On this sorrowful occasion, we would like to extend our sincerest condolences to the families of the victims, wishing the wounded a speedy recovery. This aggressive act against ‘worship places’, which is highly condemned, highlights that terrorism has no religion nor ideology.”

This ridiculous statement came a mere two weeks after one of their rockets leveled a civilian home in Beersheba.

Perhaps because he knows the impact of Hamas terror all too well, Israel’s Minister of Education and of Diaspora Affairs, Naftali Bennett, tweeted in solidarity with Pittsburgh Jews ahead of his trip to visit them, writing, “When Jews are murdered in Pittsburgh, the people of Israel feel the pain.” While feelings about his trip were certainly mixed in the Jewish community, Rebecca Vilkomerson, executive director of the anti-Israel group Jewish Voice for Peace, took the opportunity to lash out at him, writing, “Your racist worldview has more in common with the perpetrator of this attack.”

NO THANK YOU. Your racist worldview has more in common with the perpetrator of this attack. https://t.co/GcbdyXsyVi

At a time when Jews were mourning and trying to come together, this is not an appropriate comment.

The goal of terrorists who target Israelis and the goal of the Pittsburgh shooter are one and the same: to kill Jews.

Both terror attacks on Jewish civilians in Israel and domestic anti-Semitic rampages like the one we witnessed in Pittsburgh are unacceptable, and only the most naïve person would believe that anyone who supports notorious Jew-haters could mean any of their sympathetic words about Pittsburgh.

Those who bash the only Jewish state should keep their condolences about Pittsburgh to themselves.

Jonathan Michanie is a former IDF Paratrooper and holds both a BA in Political Science and MA in Diplomacy and International Security from IDC Hertzeliya. He is an Israel advocate and Middle East analyst.