What Really Happened During The Birthright Walkouts 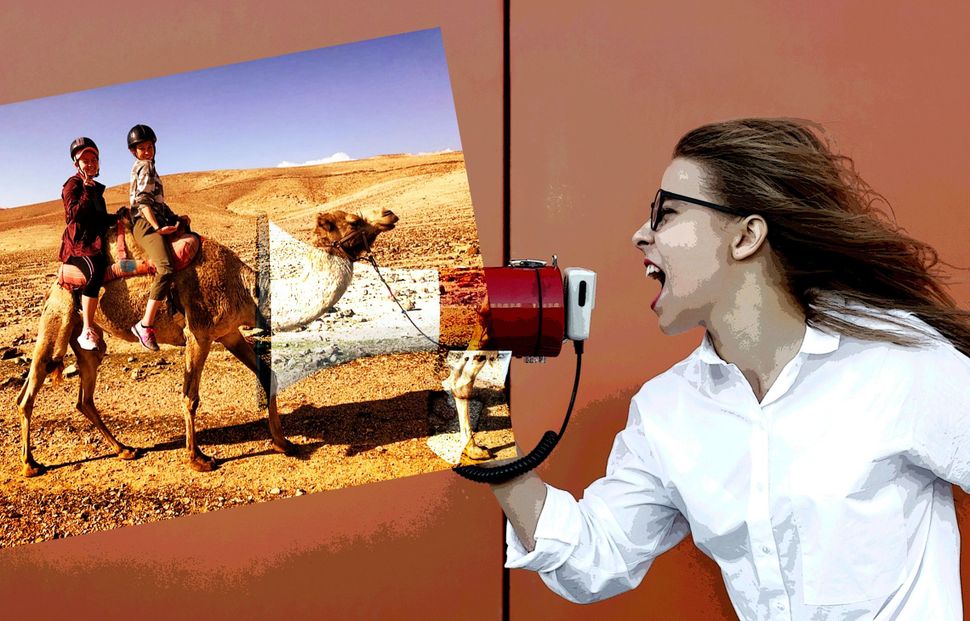 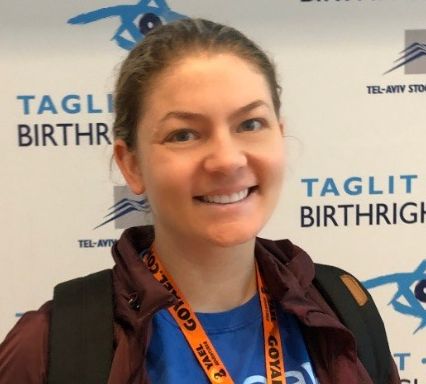 In recent months, several young Jews have walked off of or have been asked to leave their Birthright trips as part of an initiative by the anti-occupation group IfNotNow called Birthright: Not Just A Free Trip.

I was a participant on the same bus as the three recent participants who allege they were kicked off of Birthright: Shira Leah, Ben Doernberg and Emily Bloch. I shared a room with Emily. In my experience, these three students turned what could have been an opportunity for friendship, dialogue and tough conversations into a traumatic and frustrating experience for everyone else involved.

The Birthright trip was geared toward older participants aged 27-32, the expanded age range Birthright started offering trips for in 2017. I applied months before, within the first hour after registration opened, because I wanted to ensure my spot on the trip.

I didn’t know what to expect, given my age and the fact that I’ve never been on an organized Jewish trip before. On the day of my arrival to LaGuardia Airport, I immediately began bonding with other participants, as the organizer of my Birthright trip (Yael Adventures) required us to get there four hours before take-off.

During the first two days, many of us noticed that Shira and Emily were on their phones much of the time and would randomly disappear from group activities. Unlike Shira and Emily, the third participant, Ben interacted with the group and made an effort to bond with us — we were all shocked by his decision to take part in the walk off.

The three participants who were asked to leave our Birthright trip were only with us for the first three days, and during that time, two troubling incidents occurred. The first night after dinner, at a kibbutz in the North, Emily made an announcement about sharing an interest in facilitating a discussion with anyone who was interested in the situation that is going on at the West Bank/Israeli border. This approach was fine and not hostile, but no one seemed interested in engaging with her.

The second time, things got weird.

Our Birthright group was accompanied by six Israelis our age, including a medic and an IDF official. After a beautiful Havdalah ceremony, right after Shabbat had ended on the kibbutz, the Israelis facilitating our trip had planned an activity that split us into groups of five. Each leader took turns leading our groups in a trivia game on Israeli culture and history. One person in Shira’s group, who spoke with me on the condition of anonymity, told me that Shira got riled up during the game because the Israeli’s statistics of population counts in Israel did not account for Palestinians. Shira challenged some of the Israelis’ responses with her conviction that Israel treated Palestinians unfairly and juxtaposed it to what is going on at the American/Mexican border under President Trump. She eventually stormed out of the room.

On Sunday, December 23, the third day of the trip and the day of the walkout, we left the kibbutz en route to Tel Aviv. We were incredibly exhausted as we boarded the bus before 8 a.m. I got less than four hours of sleep the night before, so I found a comfy spot on the bus and immediately fell asleep while listening to music.

It wasn’t long after I fell asleep that I awoke to a cacophony of raised voices. Emily, Shira and Ben were in seats directly behind me. Even with my music playing through my earphones, I could hear what sounded like the beginning of a heated argument between them and our tour guide.

Shira was filming the incident while Ben and Emily were arguing with the guide.

I noticed immediately that they didn’t like the answers our tour guide provided. I heard Ben say that he felt like our guide was giving a very one-sided view of the conflict and that he was misleading our group by portraying Palestinians as terrorists — which, I should note, is not at all what our guide had said. No matter what our guide would say, Ben and Emily just kept repeating that Israelis are committing egregious civil rights crimes and other anti-Israel talking points. They were relentless in blaming Israel for much of the unrest in the area, and the situation escalated very quickly.

I and others quickly intervened, pleading with them that they stop arguing with our guide. To make matters worse, Shira videotaped the whole incident on her phone without anyone’s consent. She was asked to delete the footage by the entire bus, and one of the participants grabbed Shira’s phone and refused to give it back until Shira agreed to delete the video — things were really out of hand at this point.

Thankfully, our Birthright leaders were able to get things under control. One of the Israeli facilitators even made recommendations for contacts Ben and Emily could reach out to if they wanted an authentic Palestinian experience. They managed to calm everyone down and de-escalate the situation. It wasn’t until we arrived in Tel Aviv for a program at the Israeli Stock Exchange and Innovation Center that the Birthright office was called in to intervene.

Once we got to the Innovation Center, tensions were high. Many participants, including myself, were very upset by what had happened. Our tour guide was almost in tears, for he has led Birthright trips since the program started and had never once in his entire tour guide career experienced anything like this. As our group was led into a theatre-style room at the Innovation Center for a presentation on the history of start-ups in Israel and Israel’s high-tech industry, the three participants were taken out of the room.

One by one, they were sent to another location to talk with our Birthright program director. The video that Shira privately took — again, without anyone’s consent — is the same video that has been circulated on social media and INN’s page in support of their claim of being “kicked off of Birthright.”

From watching the video, I think Birthright’s program director did an amazing job explaining to the three that the experience they were seeking on our Birthright trip was not going to happen. She made clear, in a respectful manner, that their perspectives were welcome but that Birthright probably wasn’t going to meet their needs.

Given the three of them had caused such a disruption to our group in a hostile manner, they were kindly asked to leave. They were then given the option to either stay in Israel and arrange a flight back home at their own expense or agree to leave immediately and take the first available flight home, which would be covered by Birthright along with a ride to the airport. They all chose the former option.

What I find so upsetting, and I know many others on my trip can echo a similar sentiment, is that it feels like these three participants came to Birthright with the intention of pushing a political agenda. They were not there to make friends, learn about Israel’s rich and beautiful culture and history and grow a stronger connection to Judaism. They were there as infiltrators and activists. They took away three spots that potentially could have gone to other Jews who may age out of the program before the summer of next year when the next track of trips begins. They selfishly used Israeli taxes and private Jewish sponsors’ funding to push a cause they believe in.

Had they approached the situation differently and attempted to engage in civil discourse at a more appropriate time, we may have had an interesting and constructive conversation. But the fact is they didn’t: They choose to hold us hostage on that bus as they referenced Wikipedia statistics and IfNotNow talking points to push a partisan cause that has nothing to do with the intent of Birthright’s mission — a unique opportunity for young Jewish adults from all over the Diaspora to learn about Israel from an authentic Israeli perspective. It should be known that Birthright is okay with participants voicing their opinions and asking complex questions, but there is a time and place for everything.

Regardless of what you think going into the Birthright trip, to use this free trip to Israel as a platform to push a political agenda is something I wholeheartedly disagree with.

In the end, this experience made our group ties even stronger. We finished the rest of our trip with many beautiful moments together and spoke with a geopolitical expert on the Arab-Israeli conflict. He did an amazing job presenting even-keeled material that was non-biased and factual.

Instead of encouraging participants to go on Birthright with an agenda to try and twist the narrative that Birthright isn’t open to any type of discussion of Palestinian-Israeli affairs, I believe IfNotNow should run a donor-funded program, like Birthright, that takes participants to both Israel and the West Bank, sharing the cultures and perspectives of both Israelis and Palestinians alike. That would be an interesting track I’d be open to hearing more about.

What Really Happened During The Birthright Walkouts