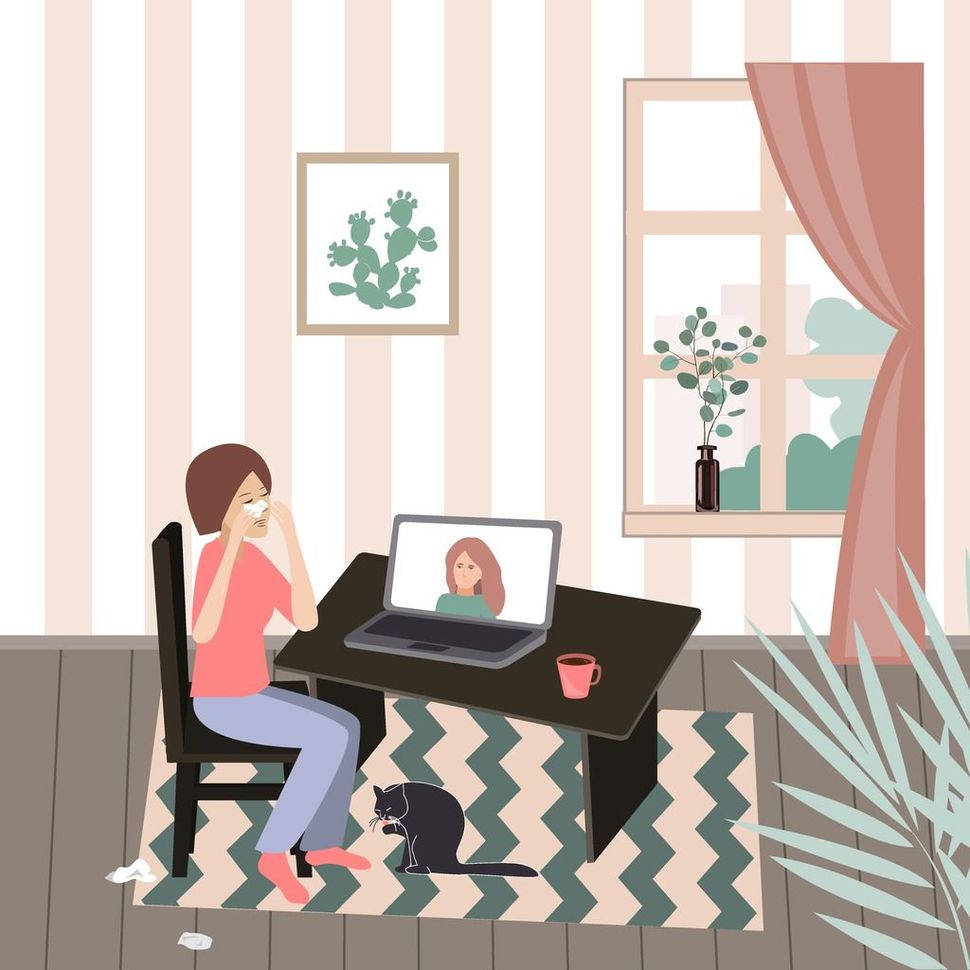 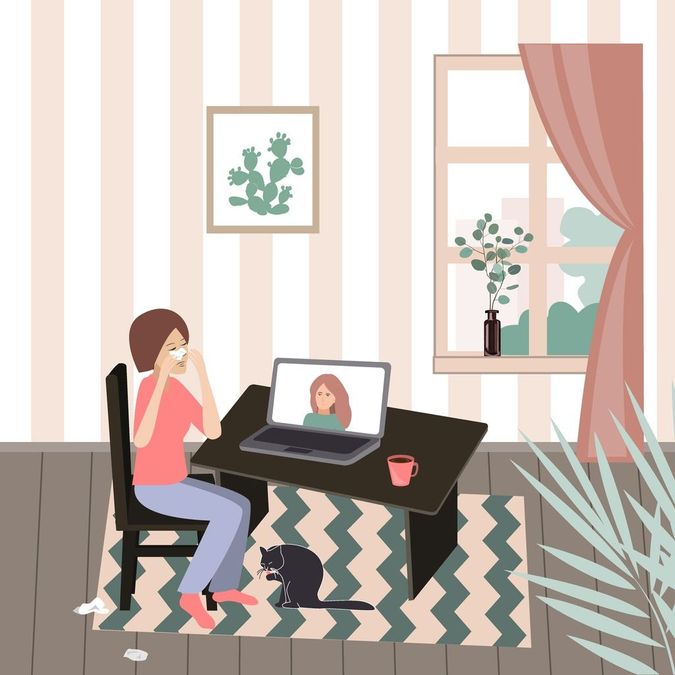 Last week, we buried my father in the Long Island cemetery plot that had been waiting three decades for him to arrive. When I recall my mother’s 1990 funeral, in the pre-COVID era, I can still feel the love that came from the crowd surrounding us, and the support I drew from the Hebrew prayers collectively chanted. This time, however, standing before his open grave, the absence of a crowd was deafening. My iPhone was on a tripod, allowing my sister in Manhattan, my step-sister in Jackson Heights, and my cousin in Pennsylvania to look along as my rabbi Zoomed us together from his living room. My 11-year old daughter played surrogate, shoveling dirt onto the casket as I stooped to hear their final farewells over the traffic from the adjacent highway.

But when the Zoom call concluded, and I looked up to see no one beyond my wife and children, I was left marveling at how we were adapting our death and mourning traditions for a period of social isolation.

I suspect we’ll be happy to leave behind the video-conferenced shovel surrogate. But throughout both the burial and the shiva period that followed, there were elements that were simply wonderful and — sacrilege, but I must say it! — were, for us, an improvement. That led me to wonder: are there stop-gap innovations in Jewish mourning traditions that we won’t want to lose once we can meet again?

The shiva period in my community, after the burial, would usually mean opening up my home for three days to an endless stream (we should be so lucky) of people and food. In part, the crowds would be a welcome distraction from our grief; at other times, the love and ritual would help us to process. We’d say prayers. We’d share stories. We’d comfort one another. By the end, one might be buoyed by one’s community, or left emotionally drained; in either case, the house would be in serious need of a cleaning.

Sitting shiva for my dad during a period of social isolation? It broke my heart being apart from my sister, and we missed out on all those baked goods, but everything else … was pretty awesome. We crowd-sourced the shiva calendar through a Google Spreadsheet, which we shared widely. Anyone interested in paying a shiva call could browse predetermined times and type in their name. It turned a shiva visit into a V.I.P., reservation-only event. I would periodically review the schedule, move people around (Do I want those cousins together? Those friends might make an interesting combination…), and, once approved, a team of volunteers, composed of two dozen close friends and family, would daily email the required Zoom link to the day’s visitors.

Have you lost someone during the pandemic? Please share how you are processing it here.

We arranged each visit to be twenty minutes long, with ten minutes between sessions to protect ourselves from becoming overwhelmed. We then strung them back to back, from 2-9pm, ending each day with a minyan service led by the clergy. Our volunteers would greet people as they arrived into the Zoom room, as if they had opened the door to our apartment after hearing the doorbell. Once their video and audio was deemed to be in working order, the volunteers made sure their names were visible on their account (as I’m bad with names), and when the call was ready to begin, the helpers used the Zoom “breakout room” function to send the visitors into the private room where my sister and I were waiting. I was never in the “lobby”, a virtual version of the shiva living room in which everyone in attendance chats with everyone except the mourners. Instead, my sister and I had our own secluded space, knowing in advance who to expect, in a number we could handle, for 20 minutes at a time. A helper would show up after 18 or 19 minutes, remind the visitors the session was almost up, then reappear a few minutes later to escort them out, leaving my sister and me behind to debrief about the crazy story we just heard or grab a quick bite or bathroom break. Then we did it all over again.

In the end we met with over 150 people. Visitors came from all over the country, and from all over our and my dad’s life. During each visit, we could focus on our small group without distraction from doorbells or new visitors. I could concentrate on a story from an old friend, or take the space to grieve. Knowing who was coming in advance eliminated a certain level of social awkwardness, as did having our volunteer formally end each visit. And the minyan service was supported by people across four generations, from all across the country, as the clergy lead us in the traditional mourning prayers (with all but the clergy on mute, to prevent what I call the Zombie Choir effect from audio lag).

At the end of each day, my sister and I felt renewed and connected. Yes, there were no leftover bagels or cookies, but also no cleaning. We missed the physical contact and the hugs, but we were able to deeply connect with family and friends who otherwise would not have been able to attend. We experienced my dad’s shiva not as an uncontrolled waterfall of compassion and social commitments but as a personalized cycle of visits that better matched our need to mourn.

Some day we will be able to return to traditions currently on pause due to the global pandemic. And I will welcome them. But when we do, I hope innovations like streamed funerals and scheduled shiva calls are not soon forgotten, offering more flexible and meaningful ways for mourners to connect with one another in their grief.

Barry Joseph is a frequent contributor to the Forward, most recently on How Seltzer Won Israel’s War For Independence. His early reporting on seltzer in the Forward led to his first book Seltzertopia: The Extraordinary Story of an Ordinary Drink.