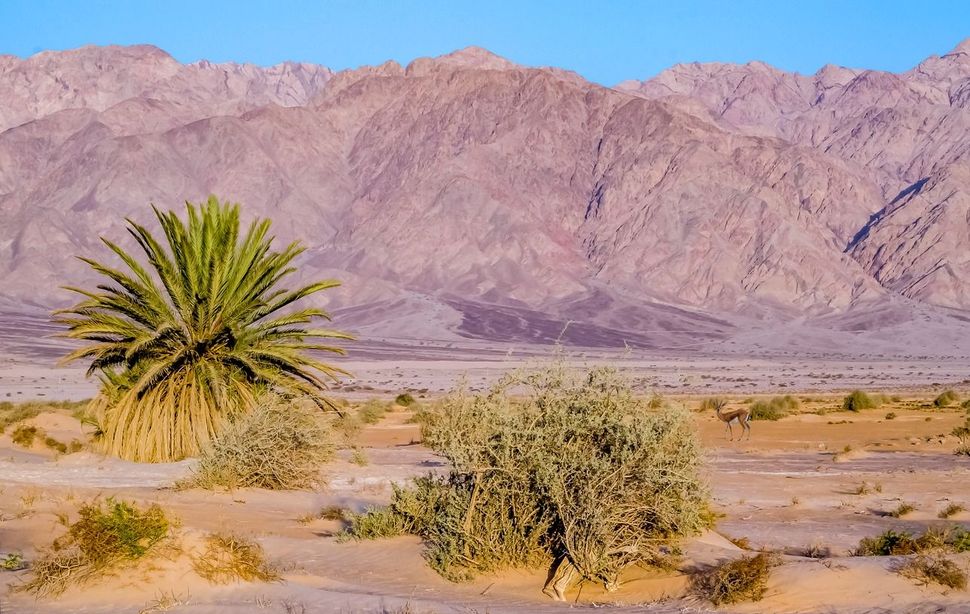 Joel Swanson’s recent take on the Seth Rogen interview on “WTF with Marc Maron” resonated with me not because I, like Rogen, once had a warped understanding of Israel, but because the reactions from some members of this community are so clearly misplaced, they represent a mass distraction.

For one, it seems to me that many American Jews will give undue attention to Jewish celebrities they have deified in the past. Why do we go up in arms when one comedian sandwiches his thoughtful opinion between raunchy jokes, but ignore the voices of lesser-known Arab and Jewish activists on the ground? Has discourse around this conflict devolved into a game where we either play for points or forfeit our involvement completely?

As I came of age in a liberal Zionist, New York Jewish community, I, too, felt that my relationship with Israel was distorted from day one. And, as Swanson does on Rogen’s behalf, I recognized that I had to defend my Jewishness time and time again to those who wrote my opinion off as “ignorant” or “self-loathing.” There came a point where engaging in the conversation at all seemed like more trouble than it was worth, especially when there were and are scores of conflicts in my own backyard in which I am perhaps more of a stakeholder, in which I felt I had a more rightful voice.

I only returned to the contention around Israel and Palestine when I began studying environmental science and organizing as a climate activist. I came to recognize that the discomfort I experienced in disclosing my left-wing position was bubkes compared to the climate disaster that would plague both Palestinians and Israelis—albeit to different degrees—if they could not immediately collaborate on transboundary solutions. I was blinded by the intense hostility in my own community and could not see that there were already people with every reason to be hostile to each other calmly working together to prevent the ecological destruction of their commons.

The antidote to the miseducation of young North American Jews, and their subsequent withdrawal from discourse around Israel and Palestine, is to first accept that there are many valid narratives in direct contradiction with one another. At the Arava Institute for Environmental Studies, for example, Israeli, Palestinian, and International students engage in weekly dialogue sessions where they actively listen to stories of past and present from the other — the mythologized enemy.

When I was a student at the Institute myself, I came to realize that my own political position does not have to change in order to recognize another’s as legitimate. There can be someone on one side telling me that the entire State of Israel is a settlement, and someone on the other arguing that it is more important for the country to be Jewish than to have equality between different ethnic groups. I need not agree with either to understand both. Objective truth in this case is an asymptote—we might never reach it, but we can approach it by listening to those we disagree with most.

American Jewish students of my generation are, overwhelmingly, more interested in the climate crisis and in the political and racial turmoil in the U.S. than they are in Israel and its neighbors. The conflict becomes tangential to these issues through their intersectionality.

The enemy is neither J Street nor Jewish celebrities but rather the educational and political institutions that have alienated young Jews from having a conversation at all. It isy growing people’s capacity for dialogue, by demonstrating the ability for disparate narratives to exist in parallel, by framing conversations around the climate crisis, we can talk about both Israel and Palestine and build cross-border solutions and trust at the Arava Institute.

It is telling that Seth Rogen told Marc Maron that he is “afraid of Jews.” Members of the American Jewish community are told time and time again that we have an existential stake in Israel’s success; we have so much skin in the game we may as well be Israelis, and those who reject such a notion are often immediately shunned from the conversation at large. It is made personal in a way that most other geopolitical conflicts are not, even those in which we are directly and intimately involved. The American debate over Israel and Palestine has forced us to use our Jewish identities as either a sword or a shield.

Meanwhile, in the Middle East, Arava Institute students are able to sit in a circle and share their narrative with people they have been taught to hate, and then go right back to studying desert ecology and renewable energy as peers.

One does not have to be politically moderate or even a normalizer to recognize the value of cooperation, negotiation and collaboration. Having to choose between silence and constant clashes is a testament to how dysfunctional the American voice on Israel and Palestine has become. The young Arab and Jewish students at the Arava Institute are talking about it. American Jews need to join that conversation. It is not always pretty, but it is the first step in the right direction.