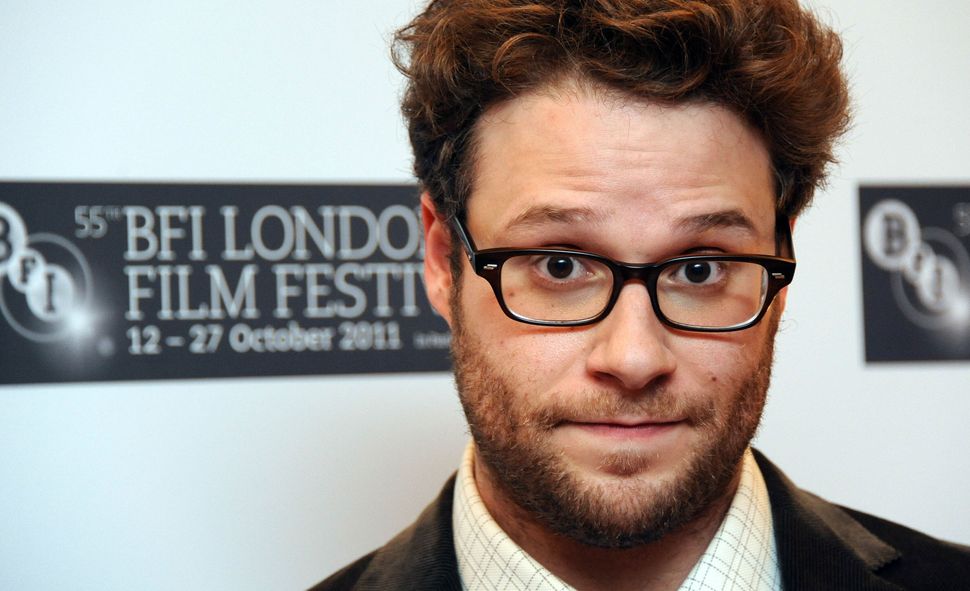 Can you get me Seth Rogen?

I spent half of last week trying to use every connection I could to get to him.

I, along with every other Jewish journalist, wanted to interview him about his comments on the Marc Maron podcast, which caused a Jewish firestorm. A Jewish firestorm doesn’t involve actual fire. It flares over something someone said that didn’t comport with what some people think should be said about Israel. But make no mistake, that kind of firestorm can also burn.

Rogen has a new movie coming out Thursday, “An American Pickle,” about a turn-of-the-century Jewish immigrant who falls into a pickle vat and emerges 100 years later into contemporary New York. It’s the story of how American Jews lost Yiddish yet gained a home, and in these pandemic times, when a billion pieces of content drop onto our screens weekly, alienating a core audience for a major movie cannot be good. 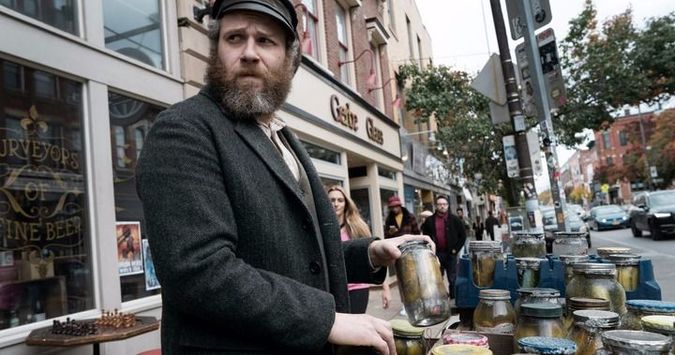 So Rogen went on a post-podcast semi-apology tour. In a talk with Isaac Herzog, the chief executive of the Jewish Agency, he walked back his comments. Then in a Twitter exchange with Israeli journalist Mairav Zonszeinhe walked back his walk back. “My mother made me call,” the 38-year-old comedic superstar told Zonszein, which made him seem almost too Jewish.

Some critics were saying Rogen’s words would lead to more anti-Semitism. I doubt that. If you’re thick enough to parrot the Jew-hating claptrap of QAnon, the Black Hebrew Israelites, Farrakhan or the white supremacists, you will always find a reason to hate Jews, Rogen or not.

Nor can the obsession possibly be because what an American Jewish movie star says poses an actual threat to the State of Israel, with its nuclear arsenal, its messy democracy and hi-tech economy, its superb — and superbly good-looking — military. Israel is hardly as insecure as North Korea, which back in 2014 hacked an American studio in retaliation for Rogen mocking Kim Jong-Un in “The Dictator.” Israelis, of course, mock their own politicians more mercilessly than Rogen ever could.

My friend Sarah Tuttle-Singer, the media editor of Times of Israel, Tweeted wryly: “I’m curious if anyone actually living in Israel or Palestine is staying awake at night fretting over what Seth Rogen thinks about us.”

The answer is no, because Israelis are too busy worrying about COVID-19, Hezbollah missiles, and paying rent.

But across the sea, where Israel’s defenders and detractors are looking to score points or rack up clicks rather than live their lives, getting Seth Rogen to explain himself is a Big Deal.

Most of the heat against him came from the Jewish right. These were the people who threatened to boycott “An American Pickle” — because there’s no better way to show your moral opposition to boycotting Israel than to boycott a movie star who said something critical of Israel.

And what did he really say that caused this Jewish firestorm?

He suggested that his Jewish education fell short when it came to Israel, that the idea of Israel as a Jewish state made him a little uncomfortable, even though he loved the place. If there is a thoughtful Jew in the world who hasn’t entertained similar thoughts, they probably aren’t very interesting to talk to.

I’ve had some of the most fascinating conversations of my life with Israeli Jews like the scholar Ruth Gavison, the politician Ruth Calderon, the novelist Amos Oz and Avram Burg about these very ideas.

“I think Israel should be defined not as a Jewish state, but as a state of the Jewish people,” Burg once told The Forward. Oh, and Burg headed the Jewish Agency a few years before Herzog.

These thinkers’ ideas don’t translate very well into podcast quips, but the questions are profound and worthwhile— and Rogen’s right, most Jewish kids are not exposed to them in religious school or camp.

We can only hope the next generation of Jewish kids will be taught to wrestle with these issues. We can only hope they will learn to prioritize their outrage, saving it for, say, the Chinese government-sponsored genocide of the Uighers, or the COVID-caused hunger, poverty and evictions sweeping the country, rather than one dude’s opinions on Israel.

I did get to Rogen, once. It was Jan. 30, 2016 in Beverly Hills, following one of Don Rickles’ last performances. I was walking out of the Saban Theater when I realized the person to the left of me was Rogen. I quickly introduced myself as the editor and publisher of L.A.’s Jewish Journal.

“Totally,” Rogen said, then hopped into a waiting car and drove away.

I’m sure Seth Rogen has held onto the memory of that meeting as tightly as I have over the years. But it didn’t make it any easier for me to get to him this time, nor did I successfully triangulate every friendship I have to close the degrees of separation between us.

And that’s just as well, because I know this controversy will blow over, and another equally faux outrage will take its place, and we will fritter away our time and energy and the privilege and the power we have earned over the past 100 years, distracting ourselves from the truly urgent issues of our day — and that is a very American Jewish pickle.

Rob Eshman is the National Editor of The Forward and lives in Los Angeles. He is on Instagram and Twitter @foodaism.