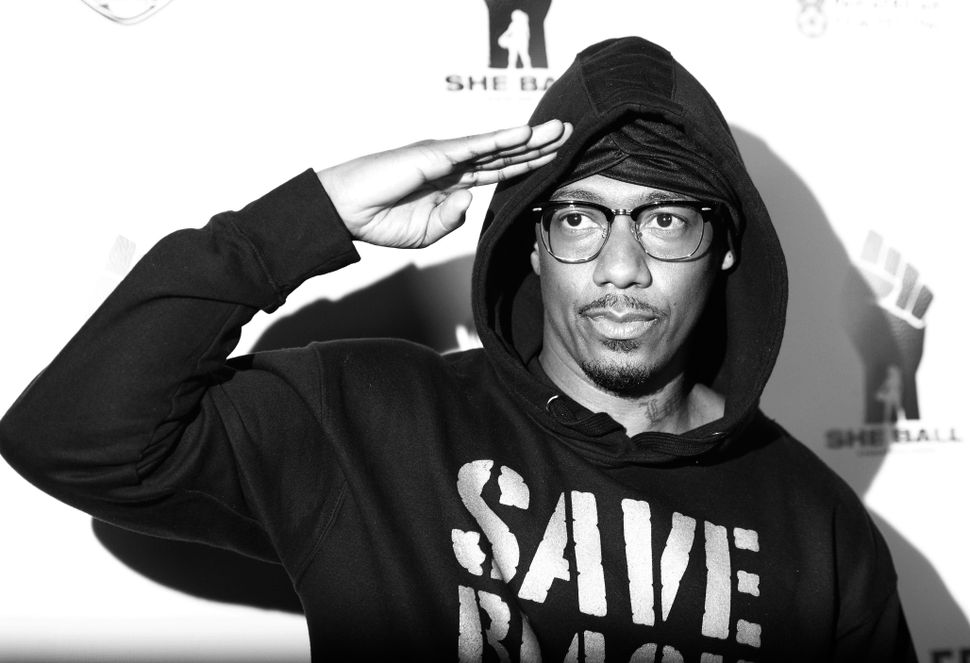 Since June, these three Black public figures — an influential rapper, an NFL player and a beloved actor — have been called out for anti-Semitic social media posts or comments.

Cannon’s scandal appeared to come to a close with an apology Wednesday, two days after he hosted a podcast that touched on classic stereotypes of Jewish people controlling commerce and society, while also referencing other common conspiracy theories.

“While the Jewish experience encompasses more than 5,000 years and there is so much I have yet to learn, I have had at least a minor history lesson over the past few days and to say that it is eye-opening would be a vast understatement,” Cannon wrote after ViacomCBS ended its decades-long, multi-million-dollar relationship with him.

They reinforced the worst stereotypes of a proud and magnificent people and I feel ashamed of the uninformed and naïve place that these words came from. The video of this interview has since been removed.

The comments and posts come during a tumultuous time: the coronavirus pandemic, which disproportionately affected Black people; ongoing police brutality against Black people and a national debate about systemic racism. It’s also a golden age for conspiracy theories, and a cultural moment when Black celebrities are especially sensitive to having their words criticized — especially when they think of those words as supporting Black liberation.

Most of these anti-Semitic expressions also build on an increasingly visible theology among Black cultural figures: That Black people are the true descendants of the ancient Israelites — not white Jews.

“It’s a crazy world, so people are looking for a worldview that will get them through it,” said Professor John Bracey, who teaches history and African-American studies at the University of Massachusetts at Amherst. “Kanye West thinks he’s God.”

Nick Cannon lost his job quicker than the cops who killed George Floyd. But that’s the America we live in.

Yet anti-Semitism is also on the rise — with threats and actual violence against Jews coming both from white supremacists and, in a shooting in Jersey City in December, from two Black assailants who espoused the notion that Jews are imposters and usurpers.

So when Ice Cube posted a series of memes and images in June suggesting that Black people are descendants of Israelites, and Jews are not, it drew fierce blowback, even though he had previously said similar things.

Then, earlier this month, DeSean Jackson, a player for the Philadelphia Eagles, posted a quote falsely attributed to Adolf Hitler to his Instagram profile. The post was widely condemned, yet the media focus on it deepened after Stephen Jackson — a former NBA player who was a national voice of outrage after the police killing of George Floyd in May — defended DeSean before walking back his defense. (The two are not related.)

Just a week later, Cannon posted his interview with Richard “Professor Griff” Griffin, a rapper who was kicked out of the seminal hip-hop group Public Enemy in 1989 for saying Jews are “wicked.”

In each instance, the figure of Louis Farrakhan, leader of the Nation of Islam, who has made many statements about Jews that fit the basic definition of anti-Semitism, was in the background. Farrakhan’s exhortations of Black empowerment and self-reliance took on new resonance during the protests against racism, and a speech he delivered on July 4 was widely watched and quoted.

DeSean Jackson shared clips from that speech (in which Farrakhan focused on themes of Black self-empowerment, but also asked the “Jewish community” to “stop doing evil to those whom you believe are less than yourself and justifying it by the Talmud.”)

Cannon’s conversation with Griffin mentioned Farrakhan and attempts to “silence” him, as well as the NOI book, “The Secret Relationship Between Blacks and Jews,” which falsely suggests that Jews played a pivotal role in the trans-Atlantic slave trade, and owned slaves at a higher rate than other white Southerners.

Ice Cube has had a relationship with Farrakhan for decades, and is defensive of him in the face of criticism.

Many Black media figures have bemoaned these kinds of comments as distracting at a moment when Black people are demanding institutional change to address racism in America.

It is impossible to take you seriously with regards to social justice or,.. anything when you post anti-Semitic imagery. What the fuck are you doing?

Others say Black Americans have a blind spot about Jews.

“Stereotypical and hurtful tropes about Jews are widely accepted in the African-American community,” wrote Jemele Hill, a sports journalist for The Atlantic, this week.

That blind spot is connected to the historic proximity of Black and Jewish communities, both in urban areas and in certain industries, according to Bracey, co-editor, with Maurianne Adams, of “Strangers and Neighbors: Relations between Blacks and Jews in the United States.”

A Black person may associate Jews with widespread property ownership, since they lived in inner-city neighborhoods with Jewish landlords, Bracey said. Black artists in entertainment or music may be susceptible to theories about Jewish control of media and commerce, since those industries have employed disproportionate numbers of Jews.

“You have this bizarre thing where familiarity breeds contempt,” Bracey said. “It’s a coastal phenomenon” — where most American Jews live. “This stuff doesn’t happen in the middle of the country.”

In an essay in The Daily Beast, the writer Cassie da Costa drew a connection between the comments made by Cannon and the trend of an uptick in conspiratorial thinking in general during the pandemic.

Da Costa wrote that “the crafted incoherence of these ideas make them easy to gloss over or outright ignore.”

She suggested that some Black celebrities wanting to be seen as voices at the forefront of the fight for racial justice risk conflating Jewish power with white power, a rhetorical strategy kept in vogue by Farrakhan: “There is a huge difference between critiquing whiteness — a racist fabrication with undeniable social consequences — and denigrating Jewishness.”

The comments and posts are also tied together by the notion that present-day Jews — especially Ashkenazi Jews with white skin — are not real Jews. In this worldview, that distinction that belongs exclusively to Black people.

This idea has been spread primarily by segments of the Hebrew Israelite movement, a diverse faith group that includes communities that practice Jewish ritual as well as those that are more straightforwardly Christian.

The post from DeSean Jackson included the statement that “the white Jews knows that the Negroes are the real Children of Israel and to keep America’s secret the Jews will blackmail America.”

“You can’t be anti-Semitic when we are the Semitic people, when we are the same people that who they want to be — that’s our birthright,” Cannon said in his conversation with Griffin.

Comments about present-day Jews not being the true people of Israel comes out of Black Christian theology, said Bracey, which has long situated Black people as a “chosen” people of their own. But in Hebrew Israelite theology, this chosen-ness is sometimes to the exclusion of Jewish people.

But what Jews should pay attention to here is that the idea of Black Israelite identity is not itself about anti-Semitism, said Bruce Haynes, a professor of sociology at the University of California-Davis, but is rather “Black people using a Jewish framework” — being the “chosen people” — “to assert their own positive identity.”

“The figure of the European Jew is not the person in their minds when they’re talking about this,” said Haynes, author of “The Soul of Judaism: Jews of African Descent in America.” “The person is themselves, asserting their Black identity. That’s what makes it complicated.”