57 years after Mississippi Burning, the fight for voting rights is still alive 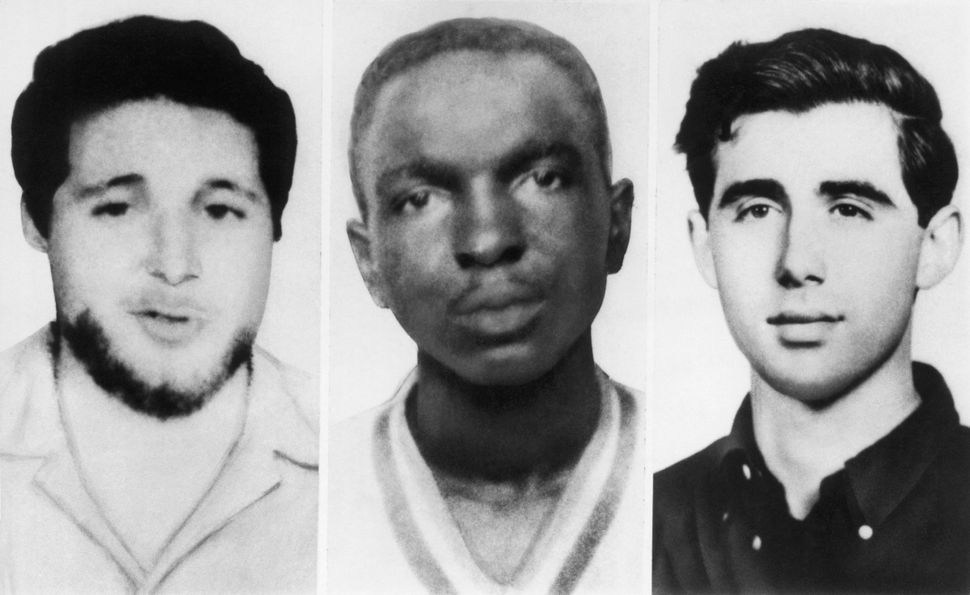 Nearly six decades ago, James Chaney, Andrew Goodman and Michael Schwerner joined Freedom Summer— an effort to register Black voters in Mississippi despite violent voter suppression. As they did their work together, one Black Christian man and two white Jewish men — they were abducted and brutally murdered in Neshoba County, Mississippi. Their horrific deaths helped focus the nation’s attention on the pervasive racism they had sought to overcome.

More than 57 years later, the same voter suppression efforts that Chaney, Goodman, and Schwerner fought against are growing. In 2021, 22 new laws have already been passed to restrict the ability to cast a ballot in 14 states. In fact, bills to restrict voting rights have been introduced by lawmakers in every state but Delaware and Vermont since the 2020 election. From stricter voter ID laws to reducing voting hours, these measures undermine American democracy by adding unnecessary barriers to the ballot box that silence voters of color, in particular.

Last November, despite the pandemic and other barriers, more than 159 million Americans voted, the highest turnout in more than a century. Instead of celebrating and building on that success, lawmakers in some states seem to view voter participation as a challenge to overcome.

These laws do not impact American voters equally. Our election system already diminishes the voices of poorer voters, rural voters and voters of color— and these bills only further the inequality. The long lines that leave parched voters waiting for hours exist primarily in Black neighborhoods. Early voting and absentee voting opportunities are crucial for hourly workers who find it harder to take time off from work on a Tuesday to vote.

Before the 2013 Supreme Court decision Shelby County v. Holder, many of these and other restrictive laws would have been thwarted by provisions within the Voting Rights Act specifically designed to protect access to the ballot for voters of color.“We contend that if Section 5 [of the Voting Rights Act] had been in place, we would not have seen the sort of mess that we’ve seen,” Leah Aden, the deputy director of litigation for the NAACP Legal Defense and Educational Fund told Vox.

As the late Justice Ruth Bader Ginsburg prophetically wrote in her Shelby dissent, the Court’s ruling was akin to “throwing away your umbrella in a rainstorm because you are not getting wet.” Eight years later, American voters are getting drenched.

Americans across the country are doing their best to defeat these harmful bills. As part of these efforts, Reform congregations in Texas held nearly 90 separate meetings with legislators and election officials to fight against voter suppression. Congregants wrote op-eds and joined rallies. picking up the mantle of Chaney, Schwerner, Goodman and generations of voting rights advocates.

A national game of whack-a-mole to defeat bills that aim to curb voting rights makes no sense in the United States. It is time to reaffirm our national commitment to the right to vote. The For the People Act and John Lewis Voting Rights Advancement Act would enact national standards for federal elections and make registration and voting options equally accessible across all 50 states; create independent, non-partisan commissions to draw congressional districts to ensure fair representation; and subject any new voting rules to federal review to prevent discrimination against voters based on racial, ethnic, or lingual status.

As Jews, we are taught that the selection of our leaders is not a privilege but a sacred and collective responsibility. Rabbi Yitzchak taught that “a ruler is not to be appointed unless the community is first consulted” (Babylonian Talmud, B’rachot 55a).

All our voices must be heard in our elections, no matter what we look like, who we are, or where we live. On this solemn anniversary, we can honor the memories of James Chaney, Andrew Goodman and Michael Schwerner by continuing their work. Every voice must be heard and every vote must be counted.

Barbara Weinstein is the director of the Commission on Social Action of Reform Judaism.

57 years after Mississippi Burning, the fight for voting rights is still alive