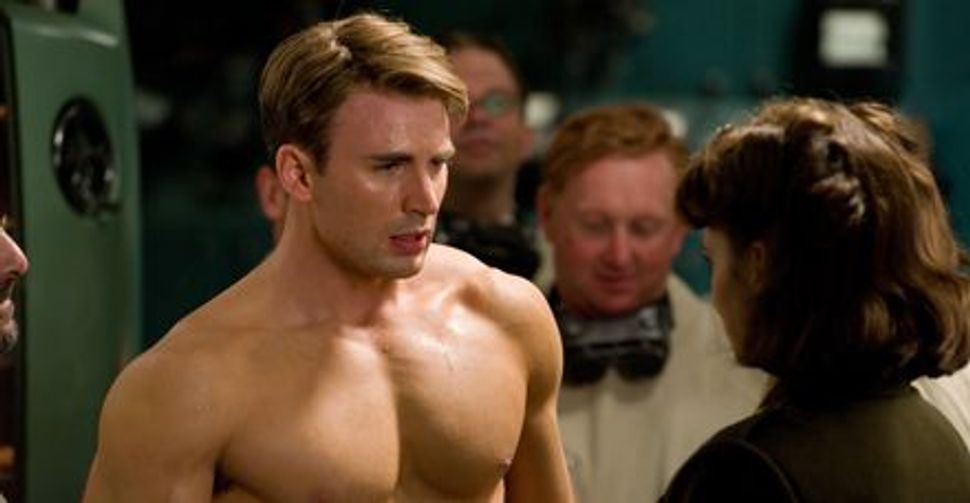 The Captain America character, created in 1940 by writer Joe Simon and artist Jack Kirby, was originally an allegory for American intervention in World War II. Now a summer blockbuster by director Joe Johnston, “Captain America: The First Avenger,” casts a nostalgic eye on a more innocent-seeming time. But with the sheen of American interventionism having worn off, how much appeal does the character still have in 2011? A lot, writes John Semley.

In the French film “Sarah’s Key,” by director Gilles Paquet-Brenner, a journalist tries to find out more about France’s notorious Vel’ d’Hiv roundup, in which thousands of Jews were arrested and interned in Paris’s velodrome and the Drancy internment camp before being sent to Auschwitz. But for an episode in which millions of ordinary people stood passively by in the face of evil, all of the film’s characters seem to have been the ones who did the right thing. While depicting the event this way is the emotionally easier route to take, it also obscures the real horrors of the time, writes Jenny Hendrix.

July and August are big months for Jewish film festivals. The San Francisco Jewish Film Festival, which is the oldest event of its kind in the U.S., launched its 31st season with the Israeli film “Mabul,” which picked up numerous awards at the Haifa International Film Festival and the Israeli Academy Awards. “Mabul” tells the story of an autistic boy whose care falls to his bar mitzvah-aged brother, and the effect that caring for him has on his family. Though it doesn’t romanticize autism, the film still sounds a triumphant note, writes Elizabeth Stone.

‘The Woman With the 5 Elephants’

Today, Svetlana Geier is the most accomplished translator of Russian literature into German, but her own life story is no less dramatic than those of the characters whose exploits she translates. Born in Ukraine, Geier lost her father during Stalin’s purges, and her best friend was murdered by the Nazis at Babi Yar. In a new documentary, whose title references the five major Dostoevsky novels Geier has translated, director Vadim Jendreyko follows her by train as she returns to her homeland for the first time since the war. In “The Woman With the 5 Elephants” Jendreyko’s has created a textured portrait of a poetic and humble woman, writes Myra Mniewski.

‘The Law in These Parts’

Winner of the prize for Best Documentary at the Jerusalem Film Festival, “The Law in These Parts” explores the legal side of military rule in the occupied territories. Director Ra’anan Alexandrowicz shows how law is a kind of narrative that relies on interpretation, and draws a parallel between the process of legal judgment and that of documentary filmmaking. Both are undertaken by people with their own views, goals and agendas, writes Olga Gershenson.