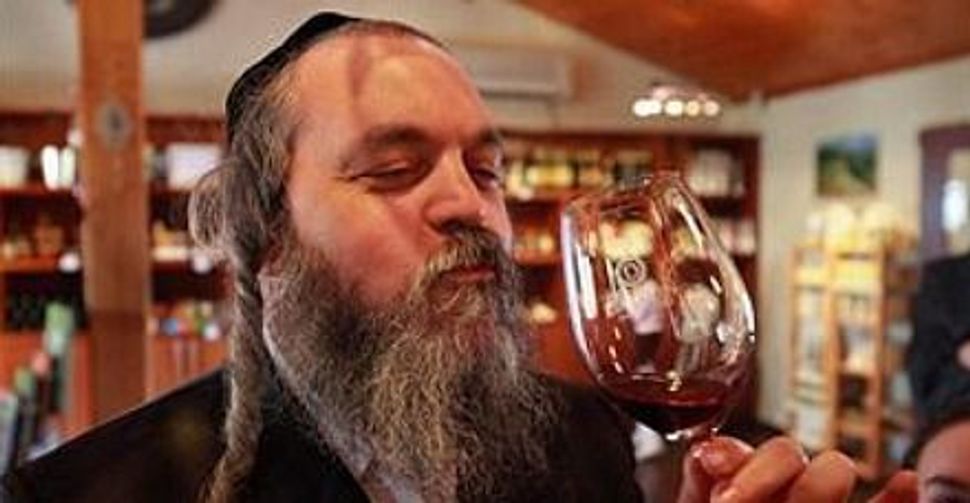 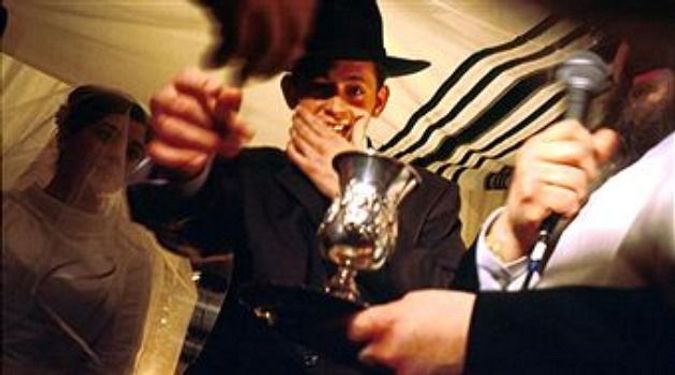 Cheers to Jew Is it possible that Jews? favorite toast includes a big, fat grammatical error? Philologos looks at the bottom of the glass for answers. Image by getty images

Marvin Kastenbaum has a question inspired by my column of October 21, which dealt with the practice, common among American Jews, of saying “l’Shana tova,” “For a good year,” instead of simply “Shana tova,” “A good year,” at Rosh Hashanah time. The column pointed out that l’shana tova is a shortening of l’shana tova tikateyvu, “May you be inscribed for a good year,” and expressed the opinion — with which some of you disagree — that even if l’shana tova is by itself a grammatically incomplete phrase, there is nothing terribly wrong with it as idiomatic usage. Now, Mr. Kastenbaum, coming to my support, writes to ask, “Why should l’shana tova grate on anyone’s ears more than l’chaim?”

This sounds like a sensible question— but are the cases of l’shana tova and l’chaim analogous? Let’s look into it.

L’chaim, the standard Hebrew and Yiddish drinking toast that is widely used by Jews in other languages, too, is composed of the Hebrew prepositional prefix l’ (pronounced “luh”) — “to” or “for” — and the Hebrew noun ḥayim, “life”; generally, it is translated as “To life,” although “Here’s to life!” would be an equally good English rendering. Among the world’s many toasts, which vary from Chinese gan bei, “Dry the cup,” to Georgian gaumardshos, “Let us be victorious,” to Inuit imeqatigiitta, “Let us drink together,” this is not an unusual formulation. Although it is more common to drink to health (for example, Spanish salud, Polish na zdrowie, Hungarian egészségedre, etc.), Brazilians sometimes say viva, “live”; Serbs wish each other ziveli, “a long life,” and there is a Gaelic toast that supposedly goes, if you can believe it, “Fad saol agat, gob fliuch, agus bás in Eirinn,” which is to say, “Long life to you, a wet mouth and death in Ireland.”

I’ll explain. The definite article in Hebrew is ha-, so that if bayit, say, is “house,” ha-bayit is “the house.” Yet if I want to say “to the house,” I don’t say l’-ha-bayit. Rather, the l’ and the ha- combine to form the single syllable la-, so that “to the house” is la-bayit. This is something learned in the third week of “Beginning Hebrew.”

It’s only in the 23rd or 49th week, however, that one learns something else — namely, that in Hebrew, as opposed to English but as in French and many other languages, abstract nouns take a definite article. In English, for example, one says, “Life is wonderful,” but in French it’s “La vie est grande,” and in Hebrew, “ha-ḥayim nehedarim.” (Hayim nehedarim without the article would mean “a wonderful life.”) Therefore, if we wish to toast someone by saying “[Let’s drink] to life,” meaning, “Let’s drink to that wonderful thing called life,” we should say la’ chayim and not l’chayim.

Have we Jews, then, been saying l’ḥayim ungrammatically all along? I wouldn’t jump to such a hasty conclusion.

Let’s look briefly at l’ḥayim’s history. The earliest mention of it in Jewish sources in the context of drinking can be found in the 13th-century Italian rabbi Tsedakiah ben Avraham Anav’s guidebook to Jewish ritual, “Shibbolei ha-Leket.” There he writes: “And when drinking a glass of wine… it is customary to respond [to anyone reciting the blessing over it] l’ḥayim, that is, ‘May what you drink bring you life and not harm.’” In medieval times, in other words, when the practice first originated, l’chaim was said not by a toaster in our sense of the word, but rather by anyone hearing the borei p’ri ha-gafen, the “Blessed are You O God our Lord, King of the Universe, who creates the fruit of the vine.” This is a custom observed to this day by Sephardic and Middle Eastern Jews in Israel and elsewhere, who, during the Sabbath and holiday Kiddush, exclaim l’chaim after the Aramaic call to order savrei maranan, “Attention, my masters,” that precedes the actual blessing.

L’chaim, in other words, did not originally mean “[Let us drink] to life;” it meant, “[May you be consigned] to life,” the life in question being that of the blessing’s reciter, not life in general. In such a case, ḥayim does not take the definite article and l’chaim, not la’chayim, is correct.

Among Ashkenazi Jews, under the influence of the European custom of toasting (in the Muslim Middle East, where alcohol was not openly consumed, it didn’t exist), the l’chaim of the blessing over wine became the l’chaim of a toast without the l’ changing to a la-, so that today it seems to us that we are saying, “Here’s to life!” And indeed, if we don’t mind being ungrammatical, that is what we are doing. Grammar, I repeat, isn’t everything.