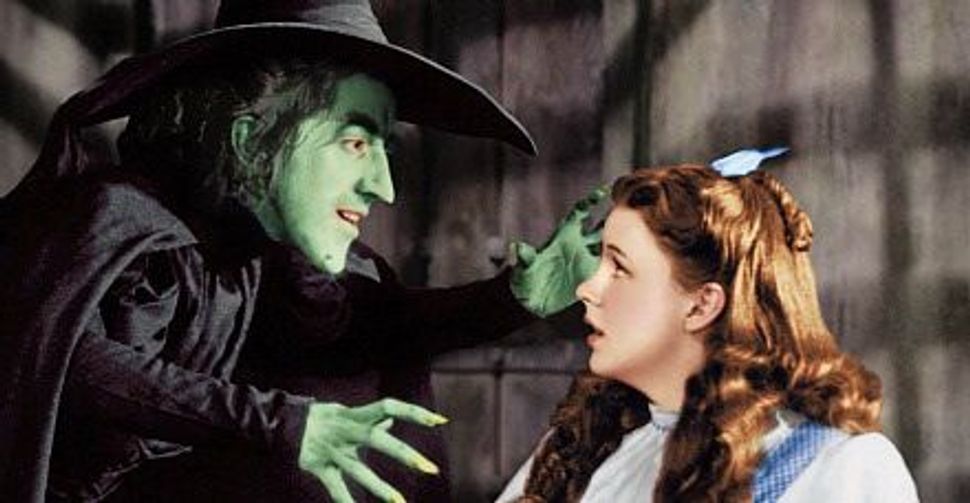 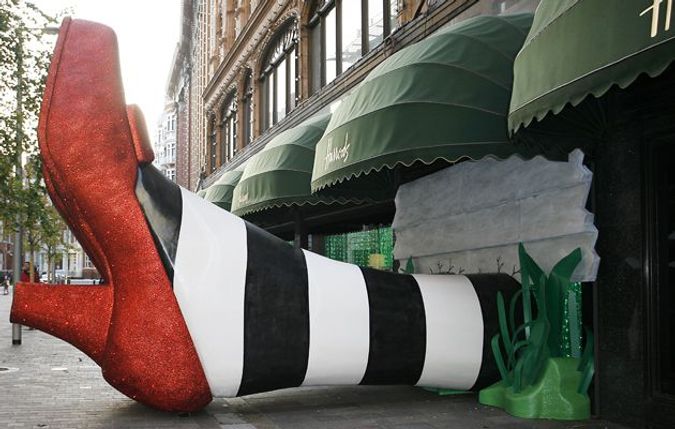 A reader who may prefer to remain anonymous sends me an email in which he describes recently hearing his sister call his elderly mother a “machashefer,” a term with which he was not familiar. The letter continues:

“I asked my sister what she meant by ‘machashefer,’ and she said it’s a witch.

She then told me something my mother had never told me before. My maternal grandmother referred to my mother in her early youth as a ‘machashefer,’ she explained to me, because bad things had befallen people who had crossed her or done her wrong. I always knew that my grandmother was very superstitious, as were most people of her generation who came from the ‘Old Country’ of Eastern Europe, and I was wondering if you have ever heard of this apparently Yiddish term, the proper pronunciation of which eludes me.”

The proper pronunciation of the Yiddish word is “makh-SHEY-feh” without the final “r” (I’ll get back to that). It comes from Hebrew meḥasheyfah (with the stress on the last syllable), which indeed means “witch,” and occurs in the book of Exodus in the verse “And the meḥasheyfah you shall not permit to live” — a not very circumlocutory way of saying that witches should be put to death. It’s the feminine form of mekhashef, a sorcerer, an occupation upon which the Bible also frowns but for which it does not decree the death penalty. (This misogynous double standard was no doubt inherited from the cultures of the ancient Middle East, which, as elsewhere in the world, considered the male sorcerer or shaman to be a generally benevolent force but the female usurper of his role to be an evil one.) In modern Hebrew, under the reverse influence of Yiddish, the word is generally pronounced maḥsheyfah.

Yet as is true of words for “witch” in other languages, Yiddish makhshayfe can denote not only a sorceress, but also any ill-tempered or cantankerous female of any age. Thus, one need not necessarily resort to superstition or a belief in witchcraft to explain our emailer’s grandmother’s use of such a word for her daughter. Indeed, when applied to a small girl as opposed to a grown-up woman, makhshayfe can even be used endearingly, the way “little devil” might be used in English for a strong-willed and mischievous child. Perhaps our emailer’s mother was no more than that.

To most speakers of Yiddish, “machasheyfer” with an “-er” at the end sounds comically oxymoronic, since the final -er in Yiddish is a masculine grammatical marker on nouns, the female marker being either -e, often preceded by an added consonant, or –in. Thus, a male farmer is a poyer, a female farmer a poyerte; a male teacher a lerer, a female teacher a lererke; a salesman a farkoyfer, a saleswoman a farkoyferin, etc. The –er/-e rule is even stricter with adjectives: one says a shtarker poyer, “a strong farmer,” but a shtarke poyerte; a kluger lerer, “a smart teacher,” but a kluge lererke; a gerotener farkoyfer, “a successful salesman,” but a gerotene farkoyferin.

When it comes to Yiddish words in English, however, this distinction — as we have seen in the case of “machasheyfer” — has disappeared entirely. Whereas a female nudnik in Yiddish is a nudnitse, in Yinglish she’s a nudnik, too. And if she’s wacky to boot, she may be a meshuggener nudnik, just as her male counterpart may be a meshuggene one. Not only is Yinglish indifferent to the difference between the two endings, it uses them interchangeably. Among the Yinglish expressions I have come across in print recently are “a meshuggene putz” and “a farbissene misnaged,” (“a stubborn reactionary”) in both of which a feminine Yiddish adjective is attached to a masculine Yiddish noun, and “a wonderful balbooster,” in which Yiddish balebuste, an able housewife, is given a masculine ending.

There is nothing surprising about this. Not only do many English speakers, particularly along the Eastern seaboard, where Jews are concentrated, often drop “r”s where they belong and insert them where they don’t, saying things like “I neveh thought the lore would catch up with him,” but English is also a practically genderless language in which there is no such thing as male or female adjectives and in which very few male or female nouns exist. (Even the small number of them that do are gradually vanishing under the impact of feminism, so that, for example, “She’s an actor” has been replacing “She’s an actress,” and “chairperson” is pushing out “chairman” and “chairwoman.”) You can’t expect people to make distinctions in words borrowed from other languages that they don’t make in their own language.

In fact, apparently influenced by English, the Yiddish spoken as a first language by various Hasidic groups in America has also been losing its gender distinctions, with a strong tendency to use feminine adjectives with all nouns; a farbissine misnaged or a meshuggene nudnik can now be heard in Yiddish conversations in Brooklyn’s Crown Heights and Williamsburg, too. This is a fascinating development that calls for further discussion, since it’s not often that one sees a language changing its basic structure under the impact of another language before one’s eyes.