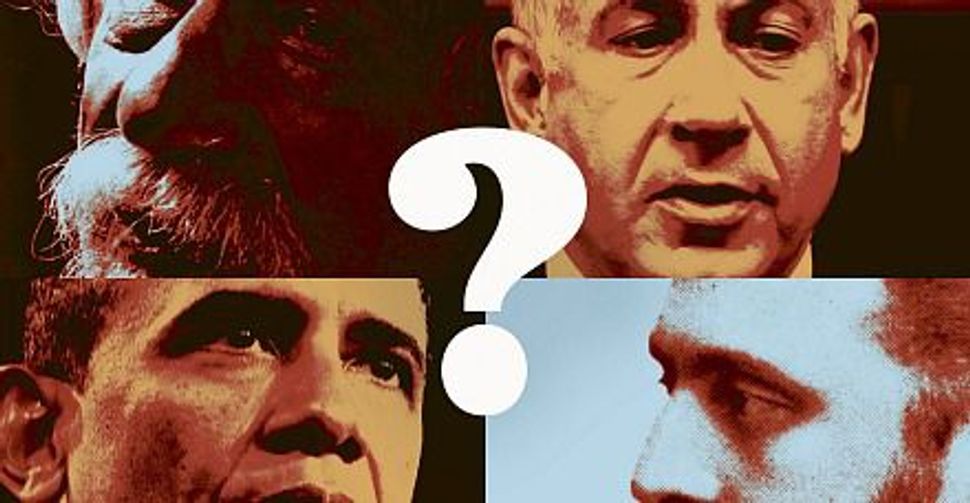 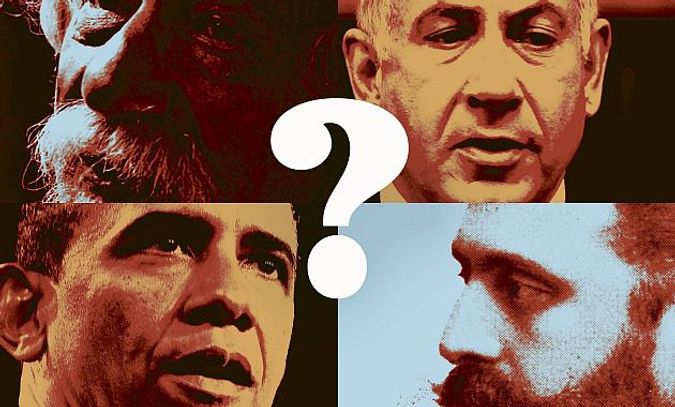 The Crisis of Zionism
By Peter Beinart
Times Books, 304 pages, $26

It’s not often that the publication of a book is preceded by months of debate about its central argument. But that has been the fate of Peter Beinart’s “The Crisis of Zionism,” for which defenses and denunciations stretch back to 2010. It was then that Beinart published an article in The New York Review of Books setting out his thesis and launching himself as a high-profile Zionist critic of Israel. Over the past few weeks, you would have needed blinders and earplugs, or at least the ability to tune out Twitter and the websites that make up the shtetlsphere, in order to have an independent response to his ideas about American Jews and their apparent complicity in Israel’s downward spiral. But rather than react to a Jeffrey Goldberg blog post that answered an Andrew Sullivan Tweet about some article in defense of Beinart’s op-ed, I’d like to just look at the book.

Beinart offers, essentially, an argument in the form of an extended psychological profile. He thinks Jews have not adjusted well to the vertiginous rise in fortune they have experienced over the course of the 20th century. The perpetual victims have become corrupted by the sudden experience of power — mostly because of their inability to move beyond seeing themselves as victims. For Beinart, the preponderance of Israelis and those Jews running the American Jewish establishment (his catch-all for that minority within a minority with enough money to buy influence) fit the classic psychology of the abused child who tragically grows up to become the abuser. 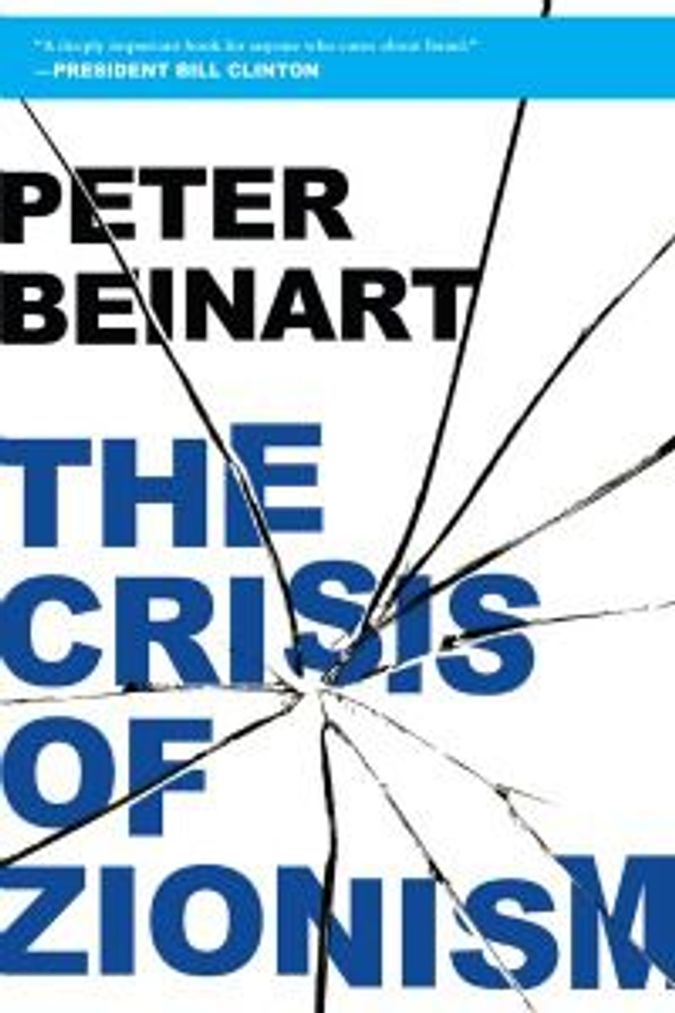 Have we heard this before? Absolutely. Beinart presents it as a revelation, but it’s hardly a new notion that terrible things can be justified when it is “always 1939.” This, however, is the main insight from which he spools out the rest of his case. He writes with the blind enthusiasm of a new convert, thrilled to point out, for example, his disgust with a photo of Israeli F-15s flying over Auschwitz that hangs in the office of Malcolm Hoenlein, who runs the Conference of Presidents of Major American Jewish Organizations. Hoenlein, Beinart writes, “has decorated his conference room not with the image of the reality he helps perpetuate, but with the image of the fantasy he superimposes on that reality.”

That “reality” is the occupation and the daily harm it causes to Palestinians and, consequently, to the future of democracy in Israel. This is Beinart’s argument: Jewish politics can be reduced to pathology. Just because it isn’t groundbreaking doesn’t make it untrue. And personally, I agree with the obvious takeaway that “because we don’t talk much about Jewish power, we rarely grapple with the potential for its abuse. Instead we tell ourselves that we are still history’s victims whose primary responsibility is to survive.”

But it’s the excessive simplicity of this formulation that points to the book’s many problems. When Beinart begins to tell his version of how the conflict came about and how Israelis and Americans are shaping it today, it becomes obvious that Jewish psychology is not really an adequate explanation.

For one thing, Beinart removes all agency from Israel’s adversaries. Time and again, he makes the point that if only Israel ended the occupation, everything would resolve itself. Sometimes this forces him to simply ignore reality. In his telling, Israel’s relations with Turkey went sour over the past three years only because of Israeli actions (that is, Operation Cast Lead and the disastrous raid on the flotilla headed for Gaza). He makes no mention of the fact that Turkey’s leaders had their own political and strategic reasons for turning on Israel and that the populism sweeping the region often exploits anti-Israel feeling (which exists, a least in part, regardless of what Israel does) to unify and consolidate power.

Another example is Beinart’s assumption that if the occupation ends, Israeli Arabs will feel more contented living in a state with an anthem and a flag that don’t represent them. They would be able to take solace, he writes, in neighboring Palestine, “a country that expressed their special character as a people, even if they chose not to live there.” It’s not clear why Beinart thinks Israeli Arabs would instantaneously abandon the dream of a greater Palestine when many Jews have failed to do so even after having their Zionism fulfilled on part of the land for 60 years. To grapple, however, with Palestinian motivation would be to acknowledge that some things are out of Israel’s control.

But the other problem with his reductive argument is that it leads only to tough questions — ones he does not answer. At the end of the book, Beinart writes that “the central Jewish question of our age” is this: “the question of how to ethically wield Jewish power.” To which I say, yes! Agreed. But he does precious little grappling with what it means for Jews to wield political and military power, what it means to govern and to be forced to choose constantly between the lesser of two evils.

The sole path forward he does offer provides only further indication of his unwillingness to deal with the implications of Jewish power. He suggests that Jewish identity and, subsequently, attitudes toward Israel divide cleanly between two approaches, universalism and tribalism. He even transposes this strict binary onto the tortured relationship between Barack Obama and Benjamin Netanyahu, and his retelling of their diplomatic duels (an extended piecing together of well-known news accounts) is to make the point that Netanyahu’s tribalistic approach to Zionism prevailed over Obama’s liberal, universalist Jewish leanings.

This choice is a false one. Yes, these two approaches to Zionism exist, but in the abstract sense as two ends of a much more complex spectrum. Not for Beinart, though. He is nostalgic for an idea of Israel that never was and never could be a real place: He presents as his model for the Jewish state the utopia that Theodor Herzl imagined in his novel “Altneuland.” He praises the commitment to pluralism and respect for human rights enshrined in Israel’s declaration of independence, but then sees the rest of Israel’s history as a failure to live up to these ideals, and the current moment as a near abandonment of them. Beinart pines for 1948, when Israel fought for its life and before it got into the messiness of actually running a country and compromising to some extent its founding vision, as all states invariably do.

And as for American Jews, the golden era that Beinart longs for is the half-century between World War I and the Six Day War when Jews helped lead most of the great social justice movements in America, including, of course, the struggle for civil rights. Abraham Joshua Heschel’s prophetic strain of Judaism, which placed a moral commitment at the heart of Jewish identity, provides justifiably proud memories for American Jews. But in his binary worldview Beinart fails to see that another reason Jews during this era poured their energy into civil rights was that they were ashamed to advocate on their own behalf: Universalism was an outlet that avoided the taint of “special pleading” if they spoke up for themselves. Beinart looks with pride to the way the Holocaust was treated in the 1950s, in which its lessons were “universalized”; he then laments that by the 1970s, “American Jewish organizations began hoarding the Holocaust.” What he does not seem to grasp is that one extreme was no better than the other.

Even Heschel, in 1963, was frustrated that he couldn’t motivate American Jews and their establishment to care as much about Soviet Jews as they did about blacks in the South. “We have been guilty more than once of failure to be concerned, of a failure to cry out, and failure may have become our habit,” Heschel reprimanded. Beinart’s hero saw this absence of tribalism as failure.

Tribalism and universalism have, in fact, never been a zero-sum game for Jews, even less so since the birth of Israel. But again, Beinart is not doing the hard work of figuring out how to balance these competing impulses. Powerful political forces in Israel have indeed caused it to drift too far from the country’s founding universalism and high principles, but there are costs and risks in swinging too far to one side or the other. Beinart sees the occupation as a moral blight, and I, among many others, will not argue. Israel will indeed find itself much less morally compromised on the day that the occupation ends. But he also needs to have an answer to how Israel should deal with hostile rocket fire over its borders, with the nuclear threat from Iran and even with the practical problem of how to uproot settlements. These all need responses that reconcile national interest and security with moral imperatives. Saying simply that the occupation must end and pointing to Israel’s declaration of independence is not a sufficient answer.

As for what American Jews should do to try and bring about a more liberal Israel in line with these humanistic values, Beinart has two suggestions. First, he thinks we should invest more in Jewish education so that a population besides the Orthodox knows and cares about Israel. And second, he recommends a boycott of goods produced in the Occupied Territories or, as he prefers we call them, “undemocratic Israel.” Both of these are fine ideas, but the first is prohibitively expensive, as Beinart himself acknowledges, and the second is likely to have absolutely zero effect. In short, they are both thought experiments with minimal realistic effect and they, too, reflect what is so wrongheaded about Beinart’s approach.

He doesn’t seem to have visited the Middle East in his research, or spoken to a single Israeli or Palestinian. The whole book feels like an intellectual exercise, and it’s no surprise that both its analysis and recommendations rest in the realm of abstraction. For those on the American right, Israel has long been more an idea than a place — a theological concept, a good to fight the evil of the surrounding Arabs. Beinart is engaged in the same type of abstraction, but from the left. And that might be the biggest indictment — more wounding than all the lame ad hominem attacks being hurled at him.

Beinart wrote this book, presumably, in order to get American Jews to care more, to bring us closer to what happens in Israel. But he has succeeded only in pushing Israel — the actual living, breathing Jewish state — further away.

Gal Beckerman is the opinion editor of the Forward.