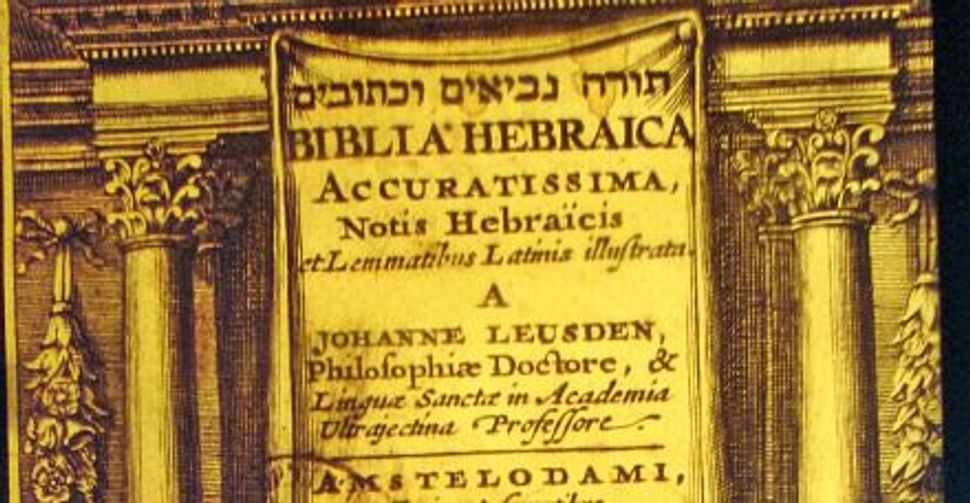 In response to my column of two weeks ago in which I objected to the use by Jews of the term “Old Testament,” several of you have expressed the opinion that the best alternative to it is “Hebrew Bible.” Miriam Segall of Minneapolis, on the other hand, wants to get even more Jewish that that. “The Hebrew Bible has a perfectly good name,” she writes. “It’s the Tanakh. I find this the simplest solution to the problem.” 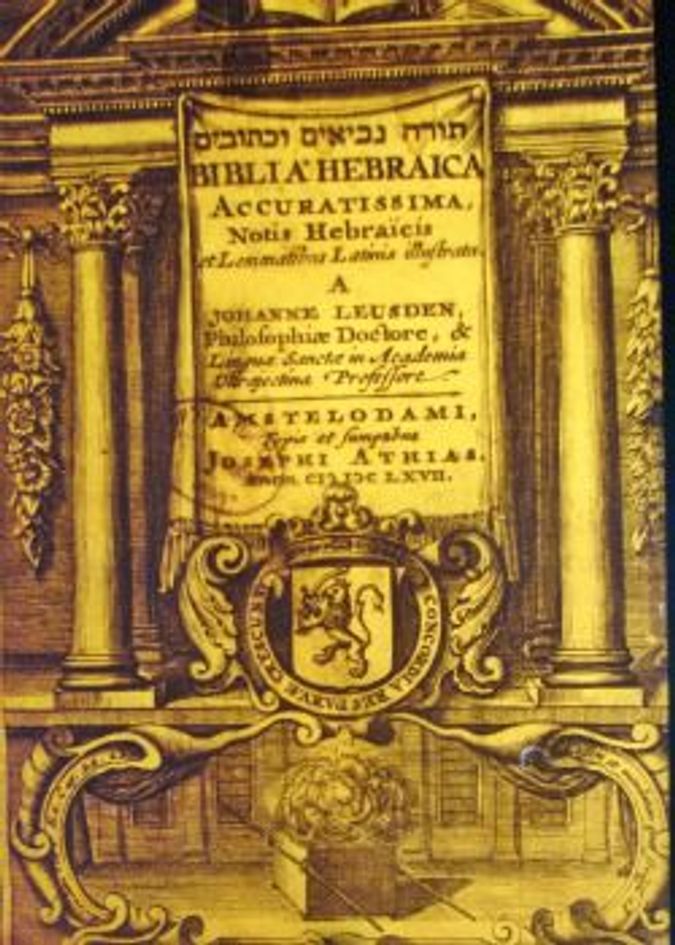 The Tanakh (“Tanach” in some spellings, with the “‘ch” pronounced as in “Bach”) is how the Bible is most commonly referred to in modern Hebrew. The word is an acronym, composed of taf, the initial letter of torah; Nun, that of nevi’im, and kaf, that of k’tuvim. Torah — literally, “Teaching” — is a word that denotes the Five Books of Moses, although it frequently has the wider sense of Jewish religious teaching and study in general. The nevi’im or “Prophets” are divided into nevi’im rishonim, “First Prophets,” comprising the historical narratives of the Bible from Joshua through Second Kings, and nevi’im aḥaronim, “Latter Prophets,” made up of Isaiah, Jeremiah, Ezekiel and the 13 “minor prophets” from Hosea through Malachi. K’tuvim, “Writings,” has all the rest. Its initial “k”-sound becomes the “kh” of “Tanakh” because that’s what always happens to a kaf at the end of a Hebrew word or syllable.

Acronyms — saying “Nay-tow” for NATO, for example, as opposed to saying “En-Ay-Tee-O” — exist in many languages, and English has its share of them. (Think of “radar,” from “radio detecting and ranging,” or “laser,” from “light amplification by stimulated emission of radiation.”) Yet Hebrew has many more of them than other languages, something that is partly due to its being written without most vowels, which its readers are accustomed to supplying on their own. In a Hebrew text, acronyms are generally indicated by a gershayim, a sign between the last two letters that resembles quotation marks, so that tanakh, for example, is written תנ״ך. Even if a Hebrew reader were unfamiliar with such a word, he would automatically vocalize it, reading it aloud as “tanakh” or “tenekh,” not as “taf-nun-kaf.”

Indeed, Hebrew may well have the oldest acronyms in the world. Some go back nearly 2,000 years, as in the passage in the Passover Haggadah in which the Ten Plagues are listed as detsakh (from dam, blood; tsfarde’a, frogs, and kinim, lice), adash (arov, pest; dever, plague, and sh’ḥin, boils) and be’aḥav (barad, hail; arbeh, locusts; ḥoshekh, darkness, and b’khorot, firstborn males). Moreover, new Hebrew acronyms are constantly being coined, often as spontaneous slang words. Just the other day, to go from the sacred to the vulgar, I came across the unfamiliar (to me) verb l’kaste’aḥ, spelled לכסת״ח. It took me only a moment to figure out that it was an acronym for “to cover one’s behind,” from kisuy, cover, and taḥat, behind.

But let’s return to the sacred: Tanakh, though an old acronym, is not one of Hebrew’s oldest, being early medieval in origin. Nor was it ever used much in traditional rabbinic literature, in which other words for the Bible were far more common. Although its history is not well documented, it seems to have been first popularized by the spread in the Jewish world of one-volume, family-owned Hebrew Bibles, which did not take place before modern times.

Handwritten medieval Hebrew Bibles were rarely squeezed between a single binding; rather, they were divided into separate manuscripts, with several books of the Bible in each, so that the inclusive caption Torah-Nevi’im-K’tuvim did not appear on their title page. It did appear on the title page of the first complete printed Hebrew Bible, published in Soncino, Italy, in 1488. Yet the bulky Soncino Bible sold fewer than 300 copies (and no wonder — it cost the equivalent of a year’s earnings for most people!), and subsequent single-volume Hebrew Bibles were hardly affordable for the average Jew, either. It was only with such 19th-century inventions as the type-composing machine that small, mass-produced, one-volume Bibles of the kind we are familiar with today became widely available. Tanakhim could now be found in Jewish homes everywhere, and as a commonly used word among Jews, tanakh referred specifically to such a book. At first, Jews spoke not of the tanakh in general, but of the tanakh that they or their neighbor owned. Only gradually did tanakh come to be applied to the more abstract idea of the Hebrew Bible in any form.

Is “Tanakh” a desirable way for Jews to refer to the Hebrew Bible in English? I think not — or at least not with non-Jews or with Jews who are not Jewishly literate. Besides being a word that the average American would have difficulty with and would be likely to turn into “Tanak,” it’s simply not English and should not be imposed, for reasons of Jewish pride, on an English-speaking public. Jews can rightfully expect non-Jews to respect their feelings about the Bible; non-Jews can rightfully expect Jews to use language that is understood and pronounceable by all. “Hebrew Bible” meets both these requirements, and I agree that it’s what we should go with.