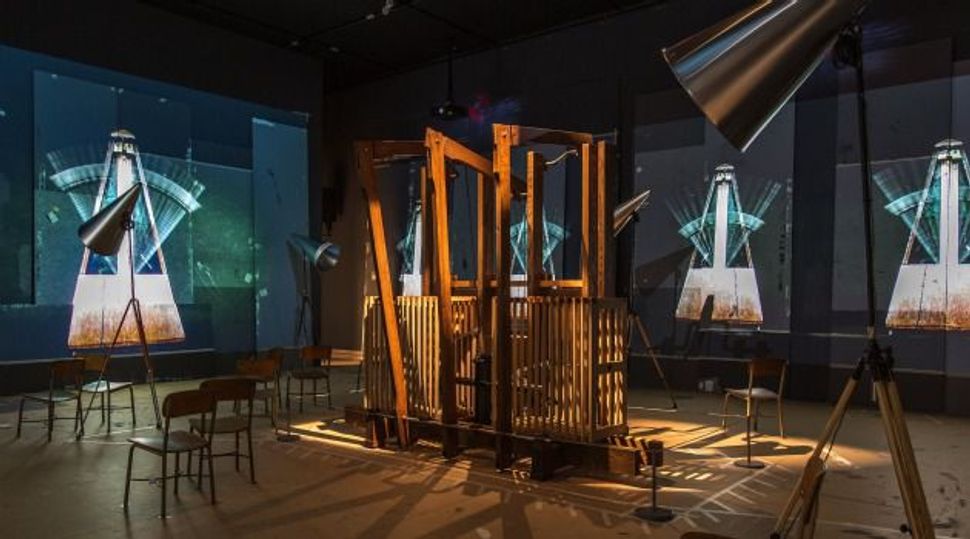 Time Transfixed: William Kentridge?s installation ?The Refusal of Time? was first displayed at the 2012 Documenta art exhibition in Kassel, Germany. Image by Metropolitan Museum of Art

Lately, the modern and contemporary art section of New York’s Metropolitan Museum of Art hasn’t been as quiet as usual. Faint music played at varying speeds can be heard. Partly vocal, partly instrumental, the music sounds vaguely African. The source of the sound is a small, darkened room equipped with megaphones and five video projectors — the Met’s latest installation, created by the South African artist William Kentridge.

Titled “The Refusal of Time,” Kentridge’s exhibit is a joint acquisition of the Met and the San Francisco Museum of Modern Art that was first exhibited in 2012 at Documenta, a 100-day exhibition of art in Kassel, Germany, In cooperation with the South African composer Philip Miller and Peter Galison, a science historian at Harvard University, as well as more than 20 singers, actors and dancers, Kentridge worked for two years to realize this multimedia art and sound installation.

Kentridge is of Jewish-Lithuanian descent and grew up in South Africa, where he still lives today. His father was a famous lawyer who defended many anti-apartheid activists.

Kentridge studied drama and worked as an actor and director in Johannesburg before focusing on drawing and creating animations.

His current project is intended to question the notion of time. Large video projections cover three of the four walls, and the surrounding sounds immerse the viewer in the work, making it easy for one to lose track of how much time he or she has spent at the exhibit. In the middle of the room, a so-called “breathing machine” — a device not unlike an organ that creates a rhythmic, comforting background noise by means of a pumping bellows.

The exclusively black-and-white video art is typical of Kentridge’s work: Animated images are drawn and then erased. Among the liveliest sequences is one of people marching, carrying sketched objects such as telephones, as anarchic background music plays.

Only the shadows of the walking figures can be seen, and they disappear at one end of the room, only to reappear at the other, becoming slower and more hunched. The scene seems to allude to Africa’s colonial past, particularly the apartheid era in South Africa and to the mixed blessings of industrialism.

These are two of Kentridge’s frequent themes, appearing also in his 2000 series Atlas Procession, in which etchings depict a seemingly endless march taking place before an industrial backdrop.

The performance in “The Refusal of Time” lasts about half an hour, but it can and should be watched multiple times, and from varying perspectives. The pace of the videos changes, adding to the feeling that time is nonlinear. At some point, all the screens display metronomes that move at different speeds — so the directions of one’s gaze determine the pace.

In the darkened room, it is difficult to gauge visitors’ reactions. Hardly anyone stays to watch the entire performance. When a person stands up to leave, he or she becomes part of the installation by casting a shadow onto the projection. Thought-provoking imagery follows invigorating rhythm and is, in turn, followed by silence. The more time one spends with the installation, the more one can not only take in the astounding variety of Kentridge’s work and explore the recurring themes, but also experience the whole cycle of feelings, all of which are evoked by the changing pace and content displayed here.

Anna Goldenberg is the arts and culture intern at the Forward. She also writes about scientific discoveries and Jewish life for several Austrian publications.