The Ghosts of Kentridge Past 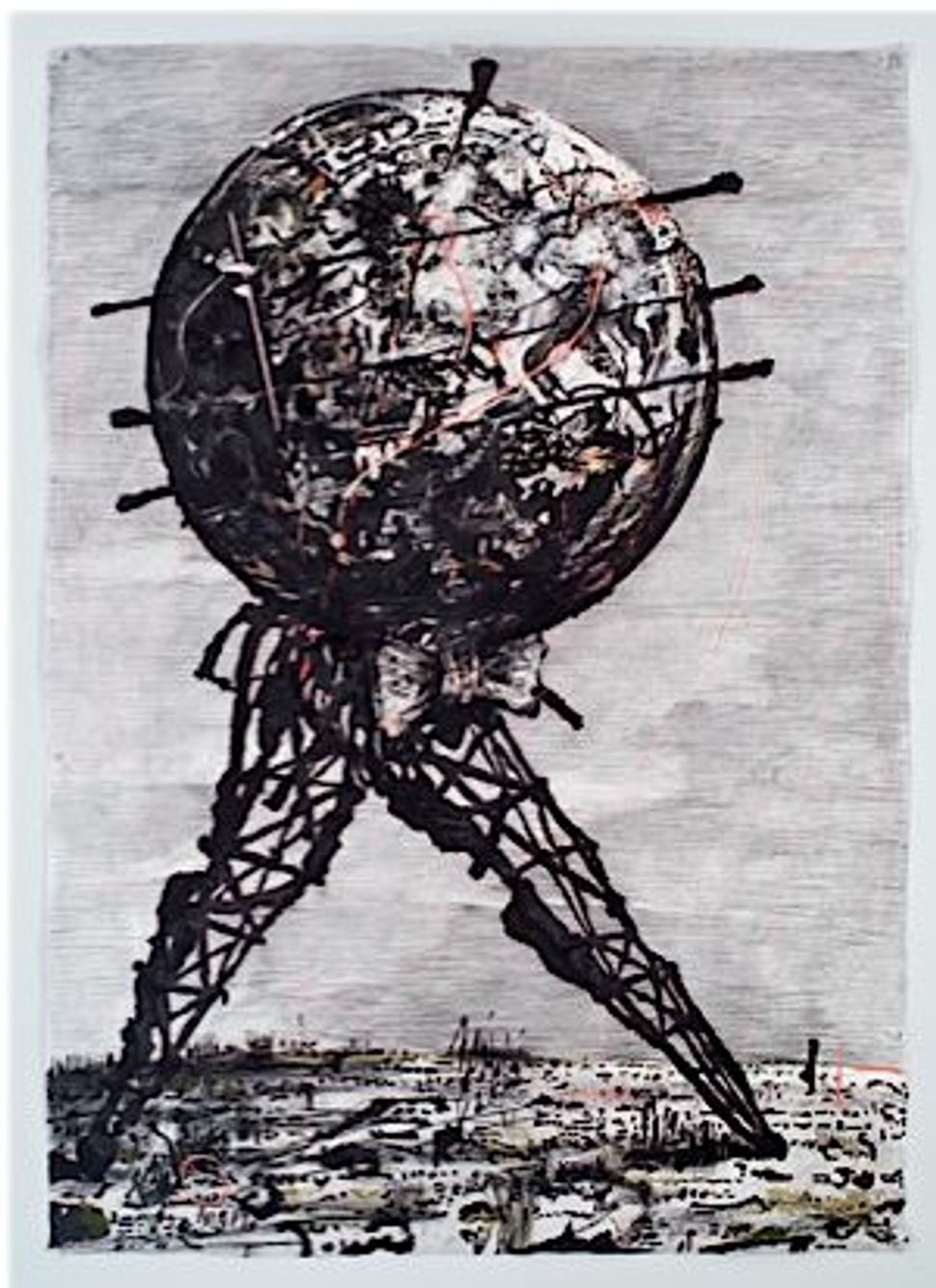 At a remove, William Kentridge’s work can seem like a study in contradictions. His work is heavily influenced by the once repressive — now merely turbulent — politics of his native South Africa, but often features a lightness sometimes bordering on whimsy; his observations have a universality of tone, yet are underpinned by a distinctly personal, at times autobiographical twist. The works themselves — collages, charcoal drawings and animations that Kentridge himself has likened to “stone-age filmmaking” — are functional in form, yet touched with an unexpected gracefulness and charm.

Showing at the Israel Museum in Jerusalem through June 18, “Five Themes” explores the last two decades of Kentridge’s prolific output in five mediums — drawing, sculpture, animation, print and stage design. Kentridge is a restless artist; the exhibition demonstrates the breadth of his artistic scope. Even so, a theme does recur, one of preoccupation with the ghosts of the past and their influence on the present.

Physical evidence for this can be seen in his animations. They are created by repeated drawing in charcoal and erasure on a single sheet, each step recorded as a single frame in the final animated film. The landscapes have a monotonic consistency, and are almost monolithic in their solidity and presence, but the visible markings of his erasures and drawings hint at fluidity and gradual change, even at uncertainty. Nothing is entirely set in stone, they seem to suggest.

Perhaps the most familiar part of the exhibition is “Thick Time: Soho and Felix,” dedicated to two well known characters from Kentridge’s animation, Soho Eckstein and Felix Teitlebaum. Eckstein in particular, a rapacious businessman with a troubled conscience, is often interpreted as a challenging, even controversial character. But Kentridge’s work with his characters is subtle, and one sees both ambivalence and meaning.

In Eckstein one can see something of the contradictions of recent South African history; as Kentridge himself has observed, it would be impossible for him to champion the cause of equality of rights for all if he failed to acknowledge the social benefits that he enjoyed precisely because of their absence. For aesthetic and for philosophical reasons, this section serves as the best introduction to the complicated social matrix of Kentridge’s oeuvre.

Organized by the San Francisco Museum of Modern Art and the Norton Museum of Art in Florida, the exhibit was curated by Mark Rosenfeld of the Norton Museum with Kentridge’s cooperation. Also featured in the exhibition are “Occasion and Residual Hope: Ubu and the Procession”; “Sarastro and the Master’s Voice”; and “Learning from the Absurd.” The first revisits Ubu Rex, the 19th-century satire about a despotic ruler, within the context of the South African Truth and Reconciliation Commission hearings that followed the end of apartheid. The latter two pieces are drawn from Kentridge’s work in theatre and opera, “Sarastro” evolving from Kentridge’s 2005 production of “The Magic Flute” for Belgium’s La Monnaie, and “Learning from the Absurd” relating to his staging of Shostakovich’s opera, “The Nose,” for the Metropolitan Opera last year.

The Ghosts of Kentridge Past