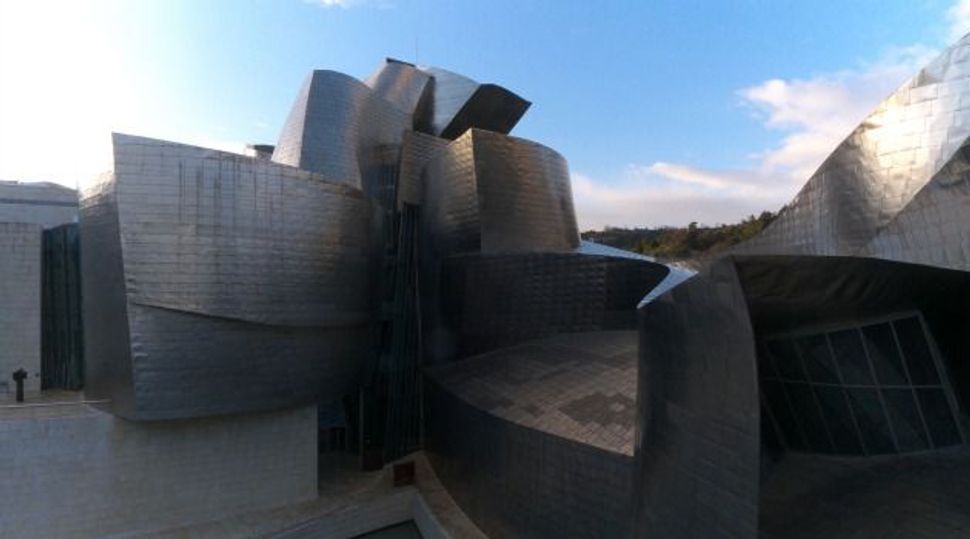 Although architecture has long been thought of as enjoying minimal importance in the Jewish tradition, present-day scholarship continues to show otherwise. Two new books clearly demonstrate how Jewish ideas, themes and experiences have directly impacted the built environment.

In his provocative and beautifully illustrated study, “Kabbalah in Art and Architecture,” Alexander Gorlin argues that kabbalistic concepts have deeply influenced the creative work of both Jewish and non-Jewish artists and architects. A prominent New York City-based architect who has designed both synagogues and private residences for clients including Daniel Libeskind, Gorlin embraces an eclectic interpretive method that “ascribe[s] Kabbalistic meanings to art… [and] architecture” in a variety of ways, “in illustration, allusion, metaphor, symbol, or parallel, even when clearly not intended [by the architect or artist in question].” This approach gives Gorlin the flexibility to identify surprising parallels and sources of influence among a diverse array of artworks and buildings.

Gorlin begins his book by describing key kabbalistic concepts and then goes on to show their impact on art and architecture in ten copiously illustrated chapters. Chapters 1 and 2, for example, employ references from the Zohar and other Jewish texts to show how iconic biblical structures were represented in early modern European art. These include engravings and paintings of Noah’s Ark, the Israelites’ Tent of Meeting (or Mishkan), and Solomon’s and Herod’s Temples, as well as such famous visual motifs as Jacob’s Ladder and the prophet Ezekiel’s sublime throne chariot, or merkava.

Chapters 3 and 4 focus more on modern and contemporary work. Gorlin offers some unexpected and brilliant insights in his discussion of Rabbi Isaac Luria’s famous concept of tzimtzum. According to this idea, the universe was created when God made space for it by contracting into himself and allowing a single beam of light to penetrate the resulting void, thereby helping to establish the basis of human existence.

Gorlin convincingly identifies the influence of this powerful idea in a variety of postwar works of art and architecture. He shows how the abstract expressionist artist Barnett Newman’s zip paintings from the 1950s and his folded-plane sculpture (revealingly entitled “Zim Zum”) from 1968 evoke the single beam of light emanating from within God’s contraction, further echoed in Louis I. Kahn’s famous water channel carved into the plaza between the zigzagging volumes of his Salk Institute laboratories in La Jolla, Calif.

Gorlin finds further signs of these ideas in the plan of Libeskind’s Jewish Museum in Berlin, which features a fragmented straight line, or “void,” penetrating through a second zigzagging line evoking the tzimtzum; and in the twin beams of light belonging to the Tribute in Light memorial to the Twin Towers.

Subsequent chapters provide equally provocative comparisons and claims — even if some may leave readers wondering about their plausibility. Gorlin may be seen as overreaching in claiming that references to rose petals and birds nests in the Zohar shows the presence of kabbalistic meaning in the plan of Frank Gehry’s Guggenheim Museum Bilbao in Spain (some of whose volumes could be interpreted as resembling flower petals), or the design of Herzog & de Meuron’s Beijing Olympic Stadium, nicknamed the “birds’ nest.”

Gorlin also does not fully explain what the historical reasons may be for the postwar embrace of kabbalistic motifs by artists and architects. To a degree, it represents a post-Holocaust phenomenon, but additional context connecting the Nazi genocide to the embrace of kabbalistic concepts would further enrich an already impressive study.

Fortunately, Israeli architect Stephanie Shosh Rotem’s study provides help in this regard by assessing how the Holocaust’s legacy has influenced postwar museum architecture. Her new book, “Constructing Memory: Architectural Narratives of Holocaust Museums,” discusses the emergence and design of museums devoted to portraying the events of the Nazi genocide.

Rotem divides her book into three geographical areas — Israel, the United States and Europe — and seeks to uncover the similarities and differences that define each of their respective museums. One similarity, she argues, is that the museums’ narratives are all “ideological.” Israeli museums advance a Zionist message stressing the importance of the Jewish state as a refuge for Jews worldwide; American museums portray the Holocaust as a foil for the country’s democratic traditions; and European museums seek to make amends for past crimes in order to advance the goal of national rehabilitation.

Rotem adds that the architectural designs of these museums also show common features. They embrace a variety of common design elements, including visual references to concentration camps (guard towers, smokestacks, striped prisoner uniforms), references to the number six (for six million Jewish victims), symbolically resonant floor plans and circulation routes for visitors (bringing them from lower to higher spaces and from darkness to light), and even occasional references to Jewish sources of inspiration (whether biblical or kabbalistic).

Rotem is stronges when she describes four Holocaust museums in Israel: the Ghetto Fighters House at Kibbutz Lohamei Hagetaot (which was the world’s first Holocaust museum, established in 1949), Yad Vashem, Yad Mordechai, and Massuah at Kibbutz Tel Yitzhak. She discusses their origins, creation, and later expansion and renovation. She uncovers the important fact that some of the features that we now associate with Holocaust museum architecture since the 1990s (especially in the inclusion of memorial spaces and the symbolic use of darkness and light) were already employed in the 1950s.

Chapters on Holocaust museum architecture in the United States and in Germany are more derivative, while the book’s discussion of the Holocaust Memorial Center in Budapest and the new Museum of the History of Polish Jews in Warsaw is less thorough than the chapters on Israeli institutions.

Rotem’s book would further benefit from additional historical context. In seeking to explain how Holocaust muse ums have emerged as a distinct “museal and architectural type,” she would do well to situate them within the larger context of the postwar shift from modern to postmodern architecture.

Given the significant role that Rotem assigns architects for devising the new iconography of Holocaust museum architecture, explaining how their broader architectural principles informed their work, and connecting their ideas with their personal biographies, would help explain why Israeli architect Shmuel Bickels, for example, designed the Ghetto Fighters House in the form of a stripped down neo-classical Greek temple (despite the postwar association of neo-classicism with Nazism). And it would explain why certain Holocaust museums (such as the Museum of Tolerance in Los Angeles) abstain from the design strategies she so cogently describes.

In the end, Rotem’s study does not fully explain why Holocaust architecture developed as it did. Like Gorlin’s volume, it provokes more questions than it answers. Taken together, however, both volumes do a valuable service in prompting us to delve deeper into the fascinating history of post-Holocaust architecture.

Gavriel Rosenfeld is professor of history at Fairfield University and the author of “Building After Auschwitz: Jewish Architecture and the Memory of the Holocaust” published by Yale University Press in 2011.