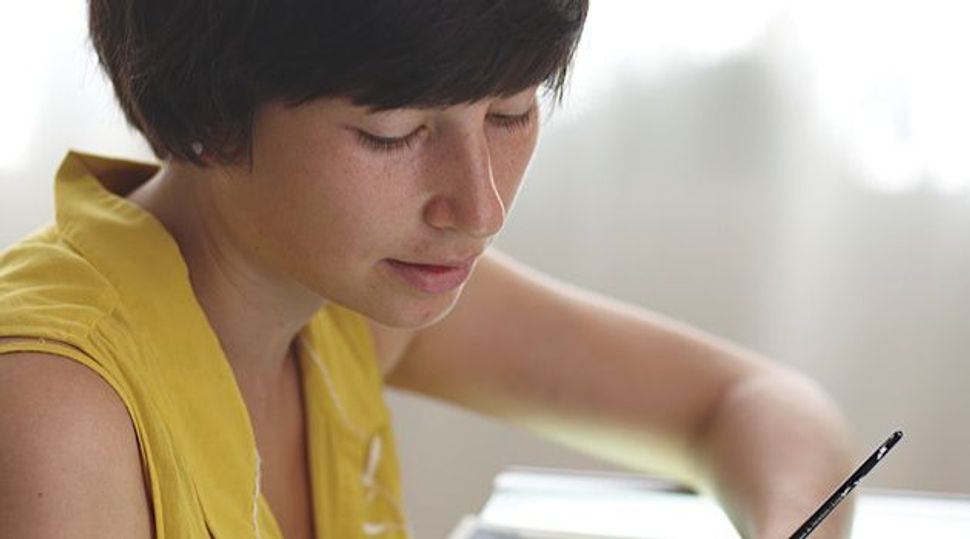 Drawn This Way: Liana Finck illustrates panels from her book based on Abraham Cahan?s ?Bintel Brief? advice column. Image by Courtesy of Harpercollins 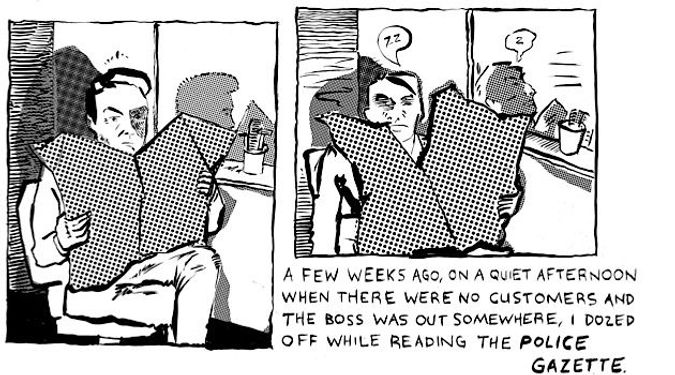 Briefly Noted: The concise letters in the column signified lives too full of sorrow for long descriptions. Image by Liana finck

The advice column known as “A Bintel Brief,” meaning “a bundle of letters,” was the brainchild of Abraham Cahan, the founder of the Forverts, the original Yiddish-language incarnation of this very publication. In 1906, when the paper was nearly a decade old, Cahan began running readers’ letters followed by a few words of his guidance. These letters, Cahan believed, could offer a succinctly potent representation of the lives of Eastern-European immigrants trying to make their way in early-20th-century New York. No artist or journalist could render the doubt, uncertainty and backbreaking work, of life in the New World as clearly and honestly as the words of sufferers seeking wisdom from “Esteemed Mister Editor.”

The column was a runaway success: Cahan’s advice served as a guide not only to letter writers, but to the larger readership trying to survive and thrive in unfamiliar environs. Now, Cahan’s feature gets a second life in Liana Finck’s “A Bintel Brief: Love and Longing in Old New York,” a graphic adaptation of selected letters.

One question that arises upon considering Finck’s project is “Why?,” a less generous version of “What do these letters have to tell us now?” Finck herself seems to be asking this question, or so one gathers from the inclusion, amongst the letters, of conversations between the artist and Cahan, who apparently haunts the old yellow notebook into which Finck’s grandparents had pasted clippings from “A Bintel Brief.” This relationship, which veers from the paternal (Cahan’s gesture of licking his finger reminds Finck of her grandpa) to the quasi-romantic (after he gets a haircut and a shave, which is apparently possible despite the transparency of his ghostly form, Finck observes that “he was very handsome, even without the mustache”), would seem to suggest that longing at least is alive and well in New York.

As for those letters, they are plaintive and direct, filled to the brim with fear and anxiety, uncertainty about the writers’ place, duties and obligations. There is a great deal of angst about marriage: One woman wonders if her newly arrived fiancé will ever fit in with and be accepted by her friends (Cahan assures her that the “greenhorn” will learn English quickly and become a better American than her friends in no time); another laments that, married, she is “eating out [her] husband’s poor heart” (Cahan advises, rather unhelpfully I’m afraid, that the letter writer ought to “be a faithful, dedicated and patient wife”); a man is betrayed by his wife, who shacks up with his brother (Cahan tactfully proposes that “the woman” as described in the letter does not seem “anyone to make peace with,” though he supposes that her actions may be the result of “inexperience and frivolousness”). So grave a concern was marital abandonment, Finck learns through a research trip to the library, where she consults old issues of the Forward on microfilm, that Cahan’s advice column got a spin-off in the form of “A Gallery of Missing Husbands,” a series of photographs of “delinquent husbands” accompanied by notes pleading for their return. (“A Bintel Brief” recreates some of these images in expressionist drawings.)

But the real subject of the letters that made up the bundle, according to Finck’s ghost, Cahan, was the writers’ preoccupation with their dybbuks, the folklore doubles who haunted them, forever reminding them of their ties to the Old World. The lives of early-20th century Forward readers were shaped by the desire to become American, which was bent and distorted by the reassertion of their memories, their former ties, their jolly-corner lives. Cahan’s “Bintel Brief” had reason to exist so long as both forces were buffeting the readership’s fortunes. Finck’s “Bintel Brief” suggests that the need to look back has not faded over the course of a century. Cahan, then, is her dybbuk, a patron saint of sorts, a nostalgic inspiration who offers mysterious insight into her own life.

Finck’s concluding insight is that “some things can’t be put into words”: the “Bintel Brief” letters speak loudest in their conciseness, signaling lives that were too full of worry and sorrow for long descriptions. Cahan understood these pleas to “Esteemed Mister Editor” as parables of sorts. Outside of their original context, the letters can only offer faded snapshots of a time that no longer exists. Finck’s attempt to romanticize these images results in a scrapbook of lovingly produced but slightly stilted translations.