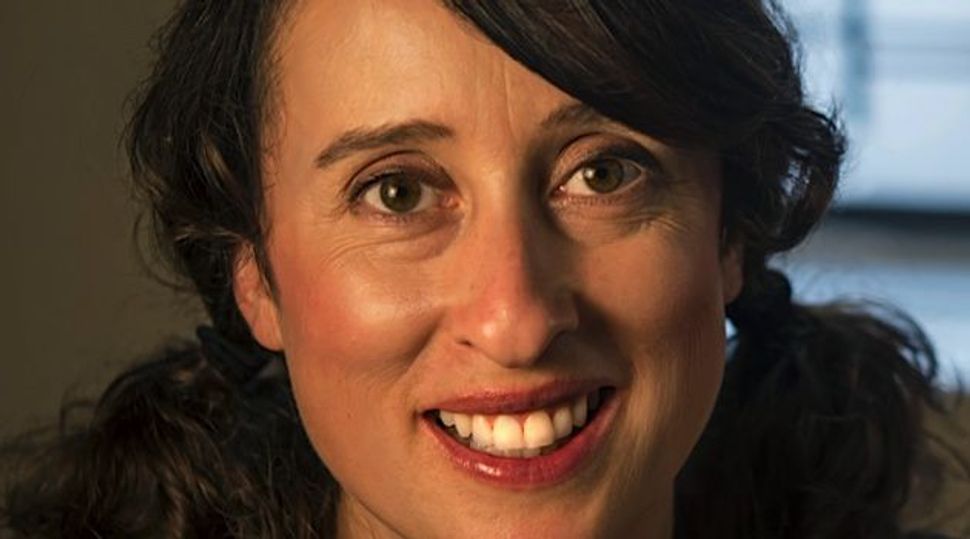 If the title of Anya Ulinich’s graphic novel, “Lena Finkle’s Magic Barrel,” sounds familiar, you are probably thinking of Bernard Malamud’s story “The Magic Barrel,” which concerns one Leo Finkle, a rabbinical student who, on the verge of ordination, must find a bride. (Being married will make finding a congregation easier, an acquaintance advises him.) So Leo, who is, with the exception of his parents, all alone in the world, calls a marriage broker he finds through an ad in the Forward. (That’s right: this very Forward.) Long story short: Salzman the marriage broker tries to entice the increasingly finicky Finkle with widows and schoolteachers, leaving him with an envelope filled with pictures of potential suitorettes. In this magic (manila) barrel, Leo finds a picture that captivates him, and the girl in it turns out to be Salzman’s own daughter, the “wild” Stella, whom Leo Finkle, in the story’s final lines, imbues with the possibility of “his own redemption.”

Lena Finkle’s magic barrel is OkCupid, that contemporary update on the matchmaker’s craft. A recently divorced mother of two girls, Lena — who bears a conspicuous resemblance to the author, both physically and in the parameters of her backstory: both, for example, are Soviet-born Brooklynites-by-way-of-Arizona — starts out with grim, hard-earned resolve: She will never again “even go near a man” so as to ensure that her problems, going forward, will only be logistical and never emotional. To paraphrase Chekhov’s gun-related dictum: Anyone making a promise to live a life of celibacy and restraint in the first act will, by the third, be emerging from a sexual bender of epic proportions.

And so it goes: Lena, who has written a novel called “The Village Idiot’s Guide to America” — a book not unlike Ulinich’s own debut (prose) novel “Petropolis” — is invited by the U.S. consulate general in St. Petersburg to visit Russia on a book tour. This invitation becomes an initiation of sorts: what Lena terms her “sexual awakening.” In St. Petersburg, she has a rendezvous with Alik, her first boyfriend with whom she has maintained a 20-year long correspondence, and they consummate their relationship. Postcoitally, Lena believes herself in love, dreamily fantasizing about her future with Alik. (Alik is married, but then when has a wife ever stood in the way of a life-transforming fantasy?) But then she hears the voice of reason, represented by her friend Eloise, who tells her she might want to slow down, or rather, might want to live it up. Lena, a mere “toddler of relationship experience,” examines her “brief romantic history,” comprised of her first husband, Chance, a man she marries to secure legal status in America, her second husband, Josh, and now Alik, and concludes that Eloise’s advice to “go and have sex with some guys” before deciding that she’s “in love with a married guy who lives in Russia” might be well worth taking.

Going and having sex with some guys, Lena quickly discovers, is very easy: Her magic barrel overflows. But just because it is easy — perhaps because it is easy — going and having sex with some guys is not especially satisfying. Lena has longstanding intimacy issues, stemming from her immigration experience, her embattled marriage, and her inability to open up and let go compounds itself. And so dates pile up, as do the hookups, but Lena is no less the emotional toddler she had hoped to grow out of being. Then she meets the Orphan, a strange, quasi-mysterious fellow, with a glass eye, a personal fortune, and a nearly mystical sexual prowess. Before long and against better judgment, Lena is all in. She has learned passion! She has learned sensual abandon!

And then the Orphan leaves her.

In the subsequent reckoning, Lena struggles to come to terms with her history and her future and most of all herself. This, finally, is the big pleasure of “Lena Finkle’s Magic Barrel”: In a year of books authored by immigrants from the Soviet Union, this is perhaps the first to use Lena’s (and Ulinich’s) immigrant experience as a backdrop rather than as the centerpiece. Ulinich masterfully balances the past with the present, contemplating the question of whether biography is a kind of destiny. (For me, the book’s one defect is the underdeveloped story of Lena’s father, who has apparently absconded to Pinsk in Belarussia, which is treated as a kind of aside and resolved peremptorily.)

In her handling, what has already happened shadows the present, but does not ultimately impose non-negotiable boundaries on it. Lena Finkle is vitally alive, and, in this, Ulinich’s chosen medium is a tremendous asset. Her expressionist style, all firm lines and unabashed directness, propels the story, even when Lena herself sprawls and stalls despondently. (Curiously, she finds some redemption in an office job, something that has lately been a conclusion of choice for female novelists, like Alina Simone and Emily Gould, chronicling youngish women adrift.)

The publisher is selling Lena Finkle as embodying a cross between Louis C.K.’s sensibilities and Amy Winehouse’s longing and anguish, which is kind of an odd choice — couldn’t someone working on the cover copy come up with an author or two? — but also an informative one, because it points to the ways in which Lena’s struggle is not simply, not only, an immigrant one. Like Bernard Malamud’s Leo Finkle, Ulinich’s heroine seeks redemption. Like Leo, she looks for it in a magic barrel of sorts. And when redemption does not come, Lena throws the barrel away and writes a realistic story about it.