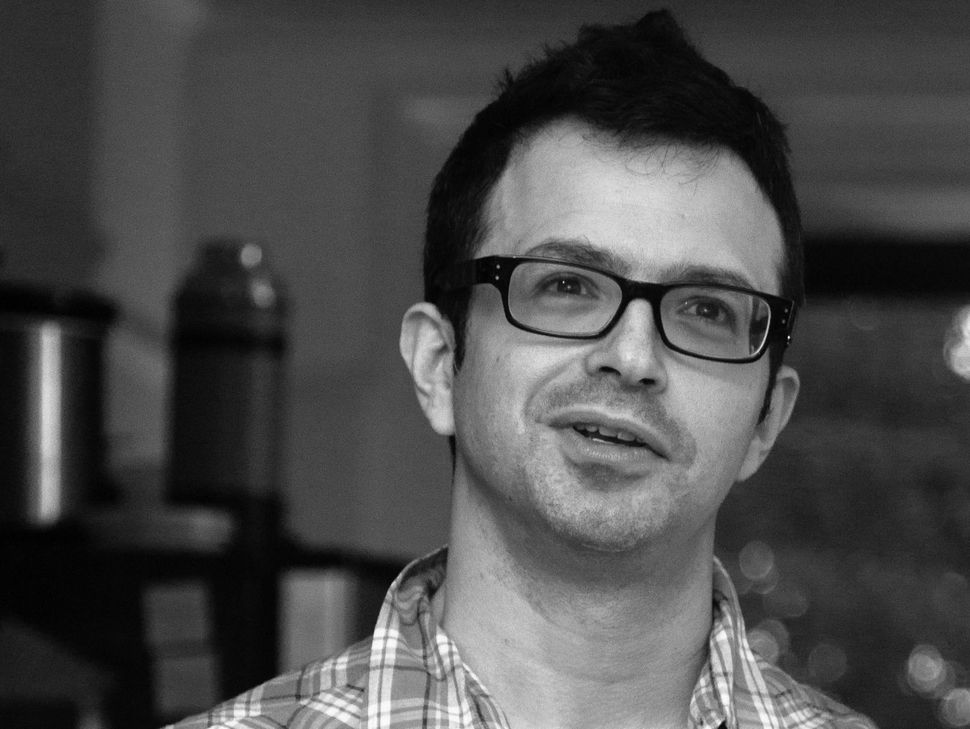 At last night’s National Book Awards, poet Daniel Borzutzky took home the top prize for poetry. His collection “The Performance of Being Human” was one of five finalists for the award; others included Rita Dove’s “Collected Poems 1974-2004” and Solmaz Sharif’s “Look.”

Borzutzky, who was born to Chilean Jewish parents, is a professor at Chicago’s Wright College. “The Performance of Being Human” is his third full-length collection after 2011’s “The Book of Interfering Bodies” and 2007’s “The Ecstasy of Capitulation.”

Borzutzky was one of several winners at Wednesday night’s awards gala; others were Colson Whitehead, who won the fiction award for “The Underground Railroad,” Ibram X. Kendi, who won the nonfiction award for “Stamped From The Beginning: The Definitive History of Racist Ideas in America,” and John Lewis, Andrew Aydin and Nate Powell, who won the young people’s literature award for “March: Book 3.” Biographer Robert Caro received the National Book Foundation’s medal for distinguished contribution to American letters.

Accepting his award, Borzutzky spoke of poetry’s role in creating social memory, and his anxiety about the plight of immigrants.

“‘The Performance of Being Human’ comes out of the experience of thinking about many types of abuse, both state violence, economic exploitation, the experience of migrants and exiles and immigrants, and I’m particularly concerned about the fate of undocumented people in this country,” he said, “so I would simply conclude by asking that we all do our part to make sure that this country remains safe and welcoming to undocumented people, immigrants, and speakers of many languages.”

Watch the video of Borzutzky’s acceptance speech below, and read some of his poems, courtesy of the Poetry Foundation, here.