America Under Nazi Rule and 8 Other Things to Read, Watch, and Do This Weekend 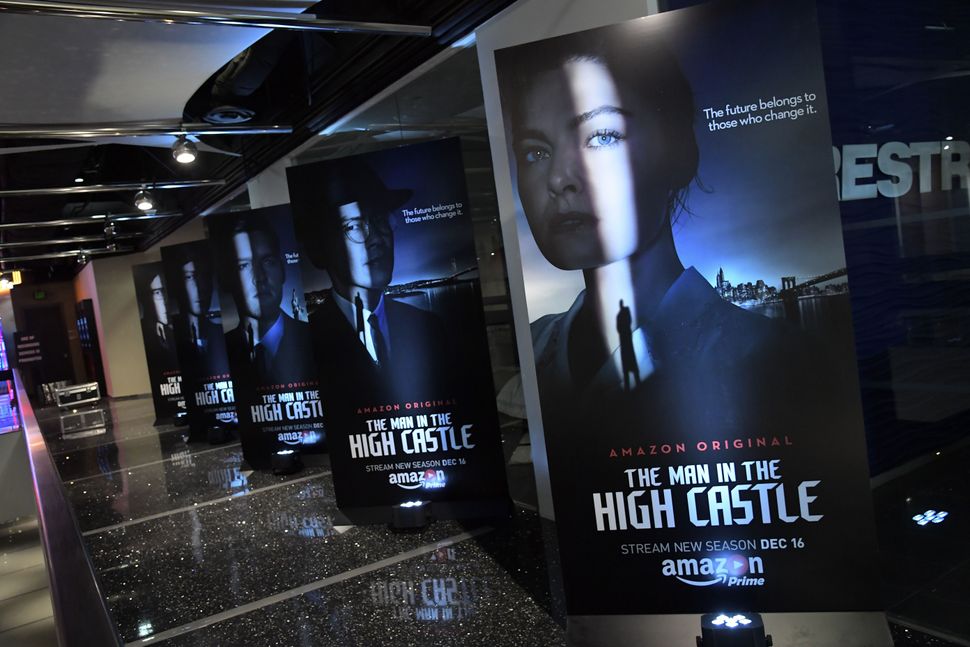 In the arts, it’s the time of the year when everyone’s inclined to look back. What were the best artistic moments of the year? Books? Movies? At the Forward, we’re doing that too, but we’re also thrilled about what’s in store artistically in the future. That starts with this week, which brings great new book releases, Hanukkah cheer, and more.

The first season of “The Man in the High Castle,” based on a Philip K. Dick novel, was set 20 years after the end of World War II and imagined the United States if the war had ended with the country divided between the Germans and Japanese. The Forward’s Gavriel Rosenfeld said the series provided “a useful deconstruction of facile historical analogies,” a service that, as 2016 draws to a close, feels even more relevant. A trailer for the second season began with a re-mastered Marilyn Monroe singing “happy birthday, Mein Fuhrer;” based on that bold stroke, we think it’s safe to say the series’ next installment won’t be pulling many punches.

As always, the end of the year brings a flood of top-quality movies. Since Jews control Hollywood – whoops, spilled the secret – we have a finger in all of them. While “Collateral Beauty,” a Will Smith-led vehicle from screenwriter Allan Loeb and director David Frankel, frankly (ha) seems sort of treacly, it does feature Helen Mirren playing Death itself, so we’re sold. “Jackie,” of course, includes what’s been heralded as a profoundly skilled performance by Natalie Portman, and while Damien Chazelle, director of the long-anticipated musical “La La Land,” is in fact not Jewish, he did – weirdly – attend Hebrew school for many years. Also, as the Forward’s Sam Kestenbaum has reported, the alt right apparently thinks “Star Wars” is a Jewish conspiracy, so throw in the new “Star Wars: Rogue One” just for kicks. 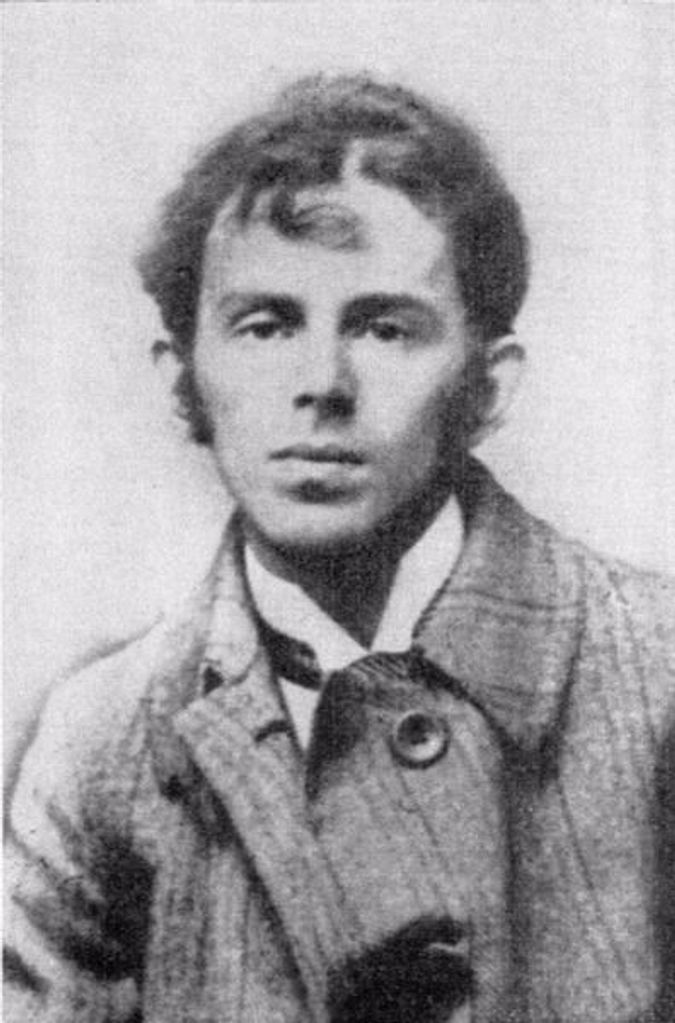 3) Take a literary look at the Russian Revolution

The new anthology “1917: Stories and Poems from the Russian Revolution,” edited by Boris Dralyuk, who previous translated Isaac Babel’s “Red Cavalry,” includes work by Jewish poets and fiction writers like Osip Mandelstam and Dovid Bergelson. The book’s publisher, Pushkin Press, bills it as “re-creating the whirlwind of euphoria and terror, hopes and betrayals of that exhilarating, brutal time;” like “The Man in the High Castle,” it’s likely to have useful, provocative resonance for contemporary readers. Other notable releases of the week include James Srodes’ “Spies in Palestine: Love, Betrayal and the Heroic Life of Sarah Aaronsohn,” a tale of WWI espionage.

4) See a production of “The Secret Garden,” exclusively by and for women

The Los Angeles Jewish Women’s Repertory Company gives three performances, this weekend, of “The Secret Garden,” with a catch: only women can attend. The show has lovely music, and as the holidays approach, being swept away by a childhood classic sounds like just the ticket. Also, in exclusive Los Angles events, if you’re in your 20s or 30s hit Temple Emanuel of Beverly Hills’ December 15 “Light and Laughter: a Night of Jewish Comedy.” The evening features up-and-coming Jewish comedians, and is part of the citywide Infinite Light Hanukkah festival.

5) Get nostalgic for Vivian Maier’s Chicago

The famed photographer Vivian Maier wasn’t Jewish, but many of her photographs from her time on Chicago’s North Side are intimately embedded in the area’s Jewish community. In a 2012 article for Tablet, Frances Brent wrote of growing up in that community, then years later finding a photograph of her mother and brother in a Maier exhibit. “Vivian was one of the outsiders – housekeepers, maids, nannies who came into our tight, predominantly Jewish community and ensured it wasn’t hermetically sealed,” Brent wrote. To revisit that era of Chicago Jewry – Maier arrived in Chicago in 1956 – see the Chicago History Museum’s “Vivian Maier’s Chicago.” And if a little song and dance strikes your fancy, head to the Drury Lane Theatre to see George and Ira Gershwin’s musical “Crazy For You,” which features immortal tunes like “Someone to Watch Over Me.”

If you’re in Washington D.C. as the inauguration looms, you’re likely in need of a little escapism. The world of Stephen Sondheim and James Lapine’s “Into the Woods” isn’t exactly pleasant – spoiler, a lot of characters die – but it sure is different, and tragedy aside, a production at the Kennedy Center promises all the fairytale trappings you might desire. Maybe don’t bring kids along to the show – again, death – so give them a treat by taking them to the Edlavitch DCJCC’s Hanukkah celebration Sunday, the 18.

7) See the work of a promising young Jewish playwright

Jenny Rachel Weiner, currently the Tow Foundation’s Playwright-in-Residence at Roundabout Theatre, features a photo of herself at her bat mitzvah on her website; that’s the kind of playwright we can heartily get behind. In New York, catch Roundabout’s production of her “Kingdom Come,” a dark meditation on online dating, before it closes December 18. Also in New York, hear Dr. Carolivia Herron, author of the once-controversial children’s book “Nappy Hair,” speak about the influence of her Judaism on her classic book about black hair at the New York Public Library’s Mid-Manhattan Library on December 15. December 18, attend the Museum of Jewish Heritage’s family-friendly “Latkepalooza,” produced in conjunction with the Workmen’s Circle and the National Yiddish Theater Folksbiene.

In the wake of Donald Trump’s election, artists in all mediums have been questioning the role of their arts in a world that seems, suddenly, different. The Forward is highlighting their thoughts in an ongoing series, “Writing Trump’s America,” in which Jewish writers from all backgrounds consider what comes next. “I have asked a great many of our favorite writers and artists to share their visions, their fears and yes, even their hopes, for their futures,” culture editor Adam Langer wrote, introducing the series. Read the series’ first installments from Derek B. Miller, David Samuel Levinson, and the Forward’s Anya Ulinich, and keep an eye out for those in store – the series will run through the end of December.

Some of the best recent nonfiction is all about intelligence. Writing in The New Yorker, Malcolm Gladwell explores the links and differences between the Jewish-born Daniel Ellsberg, leaker of the Vietnam-era Pentagon Papers, and Edward Snowden, source of the infamous NSA leaks of 2013. In Esquire, Tim Weiner examines controversial FBI Director James Comey’s career to try and learn what led him to publicly revive an investigation into Hillary Clinton’s emails mere days before the 2016 presidential election, possibly influencing its outcome.

America Under Nazi Rule and 8 Other Things to Read, Watch, and Do This Weekend