Mimi Sheraton’s Latkes — The Importance of Being Crisp 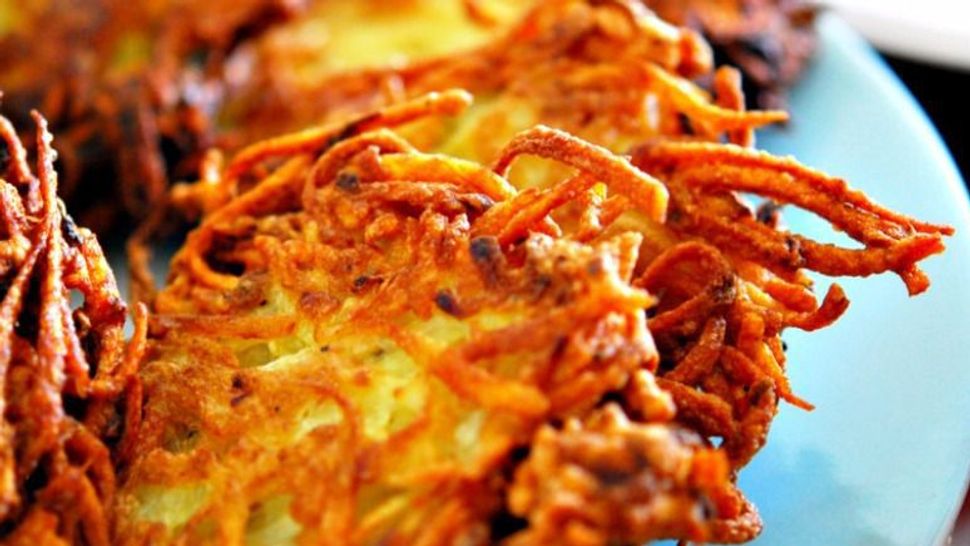 Crisp golden latkes, these are not, however, those of Mimi Sheraton, who grates her potatoes by hand with a box grater. Image by Flickr

In a new series, the Forward turns to former New York Times restaurant critic Mimi Sheraton, whose books include “1,000 Foods to Eat Before You Die,” for her inimitable take on the ultimate classics in the Jewish food pantheon. Recipes are from her book, “From My Mother’s Kitchen.” We begin with latkes.

Golden and crunchy on the outside, soft, tender and oniony on the inside, fried potato pancakes — or latkes, as they’re called in Yiddish — are the highlight of the Ashkenazic Jewish holiday of Hanukkah. Also known as the Festival of Lights, the holiday has its roots in the second century b.c., when the Romans besieged a group of Jews known as the Maccabees. Determined to die in rebellion rather than be captured, they faced the problem of repairing their desecrated temple without enough oil to light the lamps during rebuilding. Enter a miracle: a tiny jar of oil that lasted eight days and nights, long enough to obtain more oil and restore order.

On Hanukkah, Jews commemorate that remarkable event by frying foods in oil — chiefly latkes for Ashkenazic Jews, and the crullers known as sufganiyot for the Sephardim. 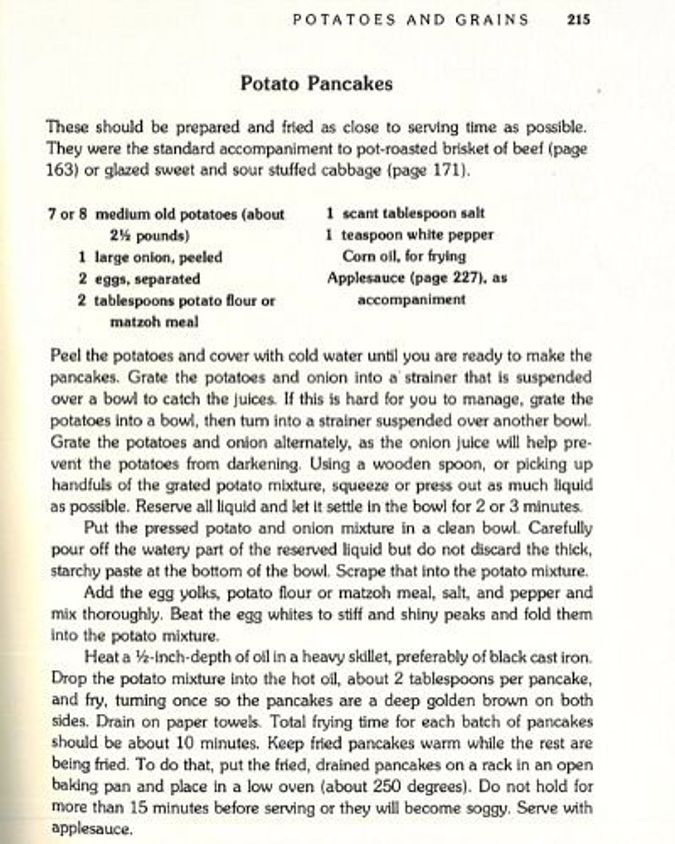 Mimi Sheraton’s recipe in ‘From My Mother’s Kitchen.’

Potato latkes are distinctive for their oniony, salty goodness. There are several secrets to turning out an ideal one, which will taste something like hashbrowns, French fries and potato chips, all rolled into a single addictive disk. First, the potatoes should be grated on a traditional box grater (a food processor is only a fair substitute, turning out watery shreds), alternating with onions; this keeps the grated potato from darkening and ensures that the onion and potato are thoroughly combined. Second, this is one time to throw precaution to the wind and opt for Crisco shortening, the very best fat for crisp and clean, flavorless frying. If you can’t muster up the courage, rely on corn oil, the next best frying medium. Once fried, latkes should be drained on paper towels, and they may be held uncovered on a rack in a 375˚ F oven for about 20 minutes. 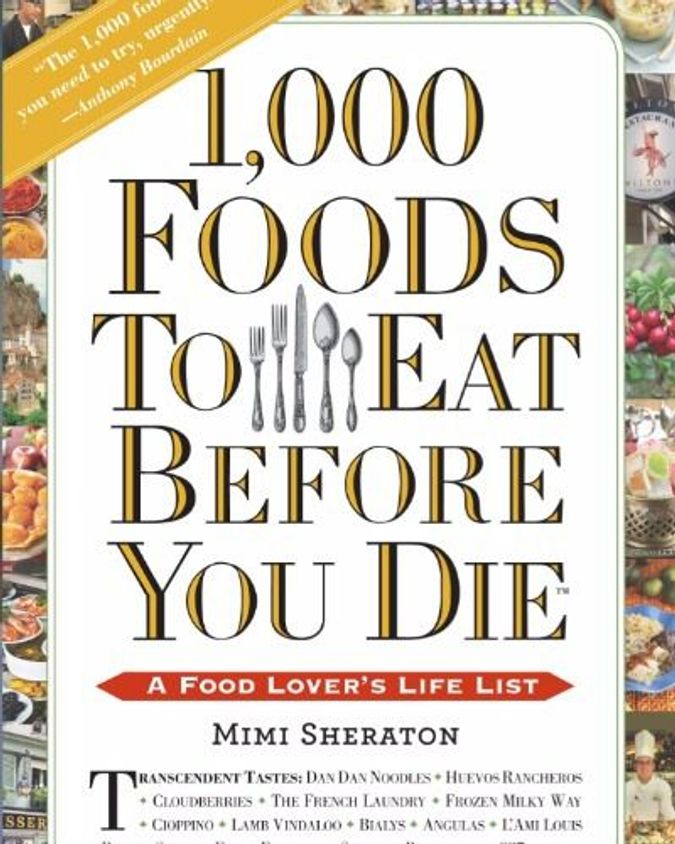 Image by Courtesy of Workman

Naturally, latkes engender arguments among proprietary cooks and their offspring. Thick, with a lovely, pulpy and savory interior, or thin and all crackle, with virtually no soft insides? And what garnish?

Fresh, homemade applesauce seasoned with cinnamon and served at room temperature is the best answer, although many opt for sour cream, a cold and overpowering mistake. If mini-latkes are to be passed at cocktail hour, a dab of red or black caviar, or minced smoked salmon and a tip of sour cream are excellent amendments.

Essay excerpted from “1,000 Foods to Eat Before You Die: A Food Lover’s Life List,” © 2014 by Mimi Sheraton. Used by permission of Workman Publishing Co., Inc., New York. All Rights Reserved.

Recipe excerpted from “From My Mother’s Kitchen” (Harper & Row) © 1979 by Mimi Sheraton.

Mimi Sheraton is an award-winning cookbook author and former restaurant critic for the New York Times.

Mimi Sheraton’s Latkes — The Importance of Being Crisp