Is Trump Attacking CNN Because of Grudge Against Jewish CEO? 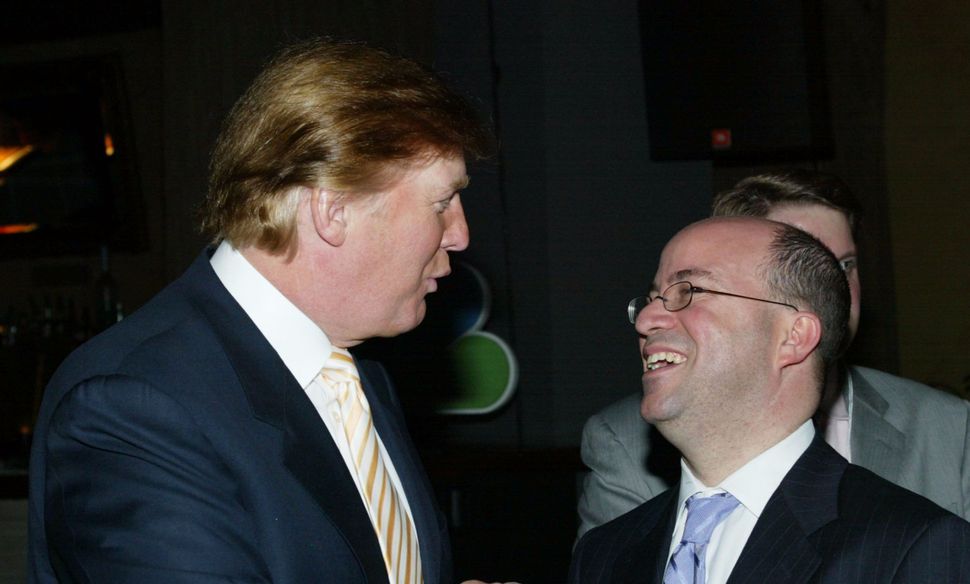 Immediately post election, Zucker was widely lambasted for aiding in the rise of Trump. Critics accused Zucker of providing Trump with disproportionate airtime — time that was largely unedited and unfiltered. CNN’s election coverage, critics contended, gave Trump hours of free publicity that enabled him to disseminate his message and dominate the American political consciousness.

Things became particularly heated in early December when Zucker was berated by advisors and campaign managers for the losing Republican candidates at a conference at Harvard’s Kennedy School of Government’s Institute of Politics. Operatives like Marco Rubio advisor Todd Harris complained of uneven media coverage and preferential treatment for the Trump campaign. Zucker responded to their accusations calling them, in a word, “bullshit.”

You would think that all of these accusations would endear Zucker to Trump. The enemy of my enemy is my friend, right?

Not quite. Trump has frequently taken to Twitter to lambast CNN, consistently referring to the outlet as both a peddler of “fake news” and as “fake news” itself. (How can an outlet be fake news? One more item on the long list of semantic and ontological puzzlements of the nascent Trump regime.)

.@CNN is in a total meltdown with their FAKE NEWS because their ratings are tanking since election and their credibility will soon be gone!

Congratulations to @FoxNews for being number one in inauguration ratings. They were many times higher than FAKE NEWS @CNN – public is smart!

Clearly, CNN has done something to draw Trump’s ire. On Wednesday, New York Magazine’s Gabriel Sherman had a suggestion: the feud may be personal. “According to people close to both sides,” Sherman writes, “Trump has told White House staffers that he feels personally betrayed by CNN chief Jeff Zucker.”

Trump and Zucker have a long history together. Zucker was instrumental in launching “The Apprentice” during his time at NBC and Trump seems to (falsely, at least according to sources at CNN) believe that, in addition to giving Zucker the immaculate gift of “The Apprentice,” he was also partly responsible for landing Zucker the job at CNN.

Sherman posits that in Trump’s eyes, it’s ungrateful for CNN, under Zucker’s direction, to be critical of his administration.

Sherman quoted Sean Spicer, the White House Press Secretary, as responding to the idea of a personal feud by saying “To think he’s sitting around worried about Jeff Zucker is a little ridiculous.”

Au contraire; the idea that a man who obsesses over crowd sizes and — ahem — hand sizes, picks fights with a Gold Star family, and publicly comments on Megyn Kelly’s period would lash out if he felt mistreated by an old colleague doesn’t sound far fetched at all.

Is Trump Attacking CNN Because of Grudge Against Jewish CEO?