David Ben-Gurion Makes An Argument For Israel, And More of The Forward Looking Back 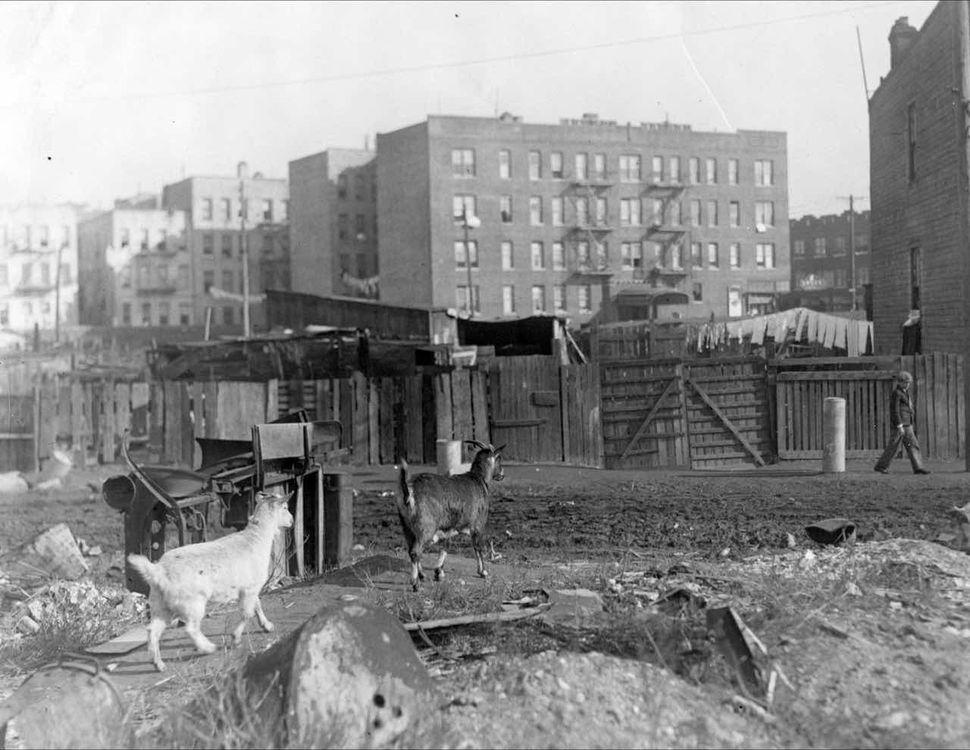 The Brownsville section of Brooklyn is so Jewish that in the local courthouse you’ll find a clerk who speaks a beautiful Yiddish. In the police station there’s a Jewish captain who also speaks good Yiddish. And what neighborhood sends a socialist assemblyman to Albany? Brownsville. There’s even a Hasidic rebbe, over whose front door is written, “This is God’s gate through which the pious enter.” To be sure, there’s a rebbe. In his dirty apartment, there is a large ark containing a Torah. A woman who said she was his rebbetzin was also there. But apparently he has no Hasidim, so other than a few kids the place was empty. At one point, his gabbai, or warden, trundled in and asked if he could write me a kvitl, a query or a problem I have that the rebbe could solve. “Do you want children?” he asked. “Maybe you want to get married, or maybe you have some illness? Do you suffer from headaches or heart problems? Maybe you’re just not feeling well.” The list went on and on. And the rebbe, well, he never showed up.

According to a statement by David Ben-Gurion, chairman of the Jewish Agency, the role being played by the Jewish community in the Land of Israel in helping the American war effort is significant. In particular, he said, compared to the neutrality and passivity of the rest of the populations in the Middle East, the 500,000-strong Jewish settlement in Palestine is ready to support America. Ben-Gurion added that for Jews, it is not enough to win the war; we must win our freedom. He also noted that a British colonial administrator told him that the Middle East would be far more secure for the Allies if there were 2 million more Jews in the Land of Israel. Currently, 80% of Jewish youth in Palestine have volunteered for roles in the British army. Ben-Gurion asked, in connection to this fact, “Where are the Arabs?”

Upon his return to Israel from Sweden and Europe after receiving the Nobel Prize in literature, famed Hebrew author Shmuel Yosef Agnon was greeted by thousands of cheering Israelis. He told them: “I did not receive a prize for public speaking, but for telling stories. So I’m going to tell you a story. This reminds me of my wife’s uncle, who once got sick after going to a foreign city. A doctor told him to drink wine, but he wasn’t used to drinking wine, except for Kiddush. So after drinking a glass of un-kosher wine, he said, ‘Who knew that un-kosher wine could taste so good?’” Agnon added: “It’s the same with me. I never liked speeches. But what I heard in Stockholm, London and Paris sounded really good. I didn’t know that wine could be so good.”

David Ben-Gurion Makes An Argument For Israel, And More of The Forward Looking Back